My fellow Americans may not realize it, but today is a big day. 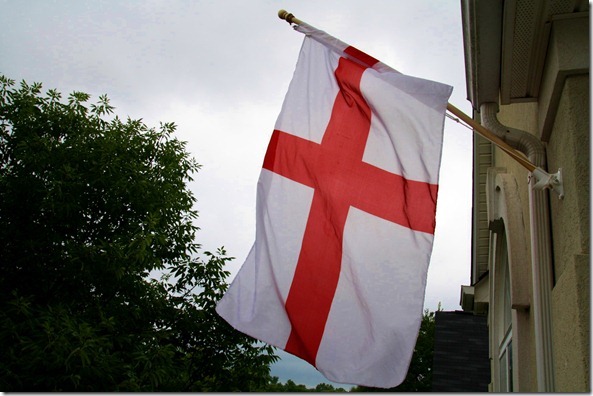 England is currently playing France in the European Cup – basically, it’s kind of like the World Cup (in that it’s country v. country and happens every four years) but only among European countries.  And it’s a very, very big deal… especially to my English husband.

We had a weekly baby doctor appointment this morning, and while in the waiting room, I noticed he looked a little pale and shaky.  I asked if he was nervous about the baby and he gulped and said… “I think I’m just nervous about the game.”  I loved it.  I’d much rather him be nervous about football (real football!).  I have enough baby nerves for the both of us today. 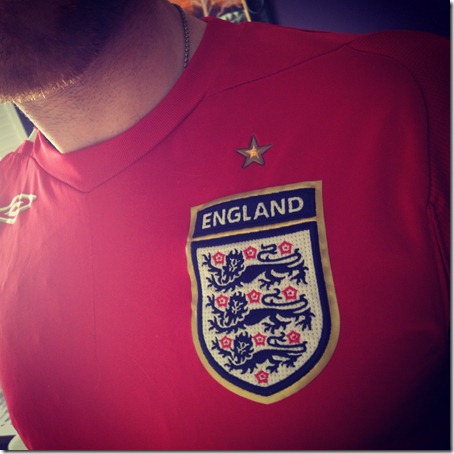 Lucky for him, he works from home on Monday so we’re watching right now!  We’re an hour behind though so I’m avoiding Twitter and Facebook in case I spoil the outcome.  Fingers crossed….

To celebrate, we had chip butty sandwiches for lunch. 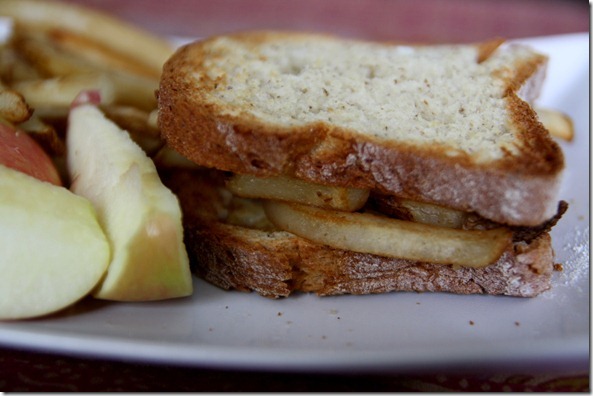 England, you gave use the first accurate atomic clock, the sewing machine, the pencil, the typewriter, Shakespeare, the rubber band, the smallpox vaccination, Harry Potter, the torpedo, David Beckham’s right foot, David Beckham’s left foot, but most importantly…  You gave us the chip butty sandwich.  A chip butty is a butter roll stuffed with French fries (called chips in England).  It is an amazing combination of starches and carbohydrates. 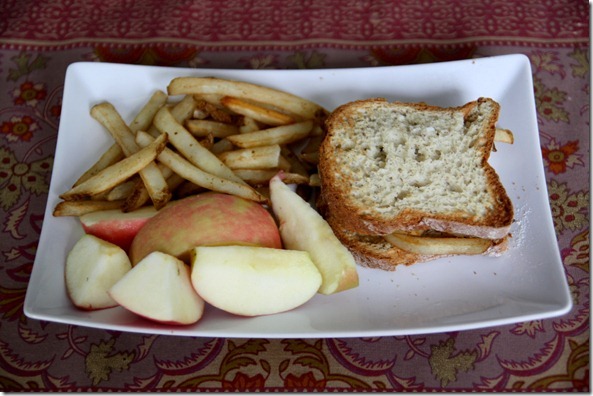 Annnnnd France just scored.  This is getting intense.