In 2011, I had a revelation that if you want to be a certain type of person, you have to behave in a certain way (duh, Caitlin).  If I want to be nicer, I need to stop gossiping.  If I want to do community service, I actually have to volunteer.  If I want a better marriage, I need to make the effort.  If I want to be active and healthy, I actually have to do it… not just wish it from the couch while watching a Law and Order marathon.  Sounds pretty obvious, but I really tried to embody the concept this year… be the person you want to be.   And that’s why I decided to spend the morning of 12/31/2011 ‘setting the tone’ for the next year with a fun 5K.

The New Year New You 5K was the smallest race that I have ever done. I love small races (cheaper, less traffic), but I have never done a 40-person event before! 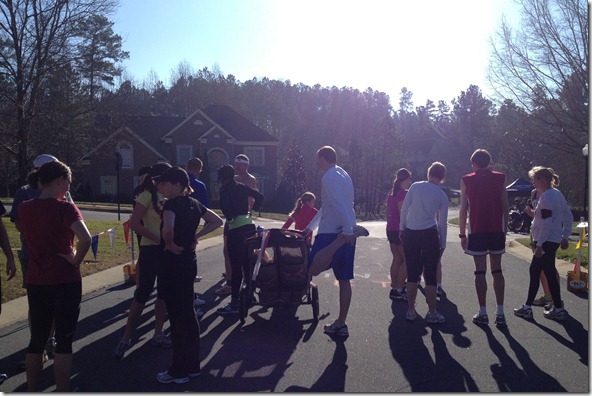 The 5K was in a really pretty neighborhood with rolling hills.  I was a bit concerned at the start that I would get separated from the pack and get lost (I knew there wasn’t police support) but the course was well-marked with chalk arrows, and I was always near someone else. 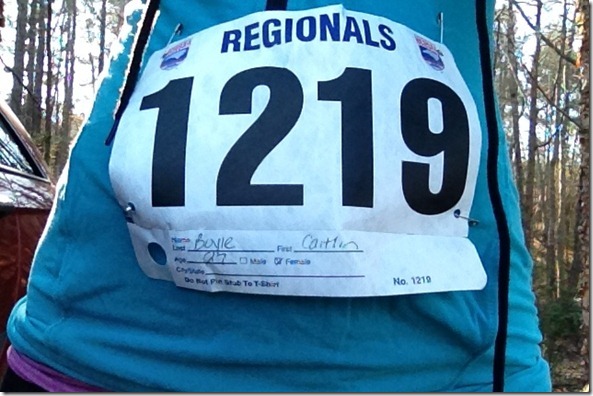 This was BabyHTP’s second race – we did a 5K earlier this month, too! My goal for this race was the run the entire time.  I woke up feeling rather sore (mysteriously sore – I’m at that point in pregnancy that I get sore from just laying the wrong way in bed) so I didn’t set any time goals.

Predictably, I helped bring up the rear. 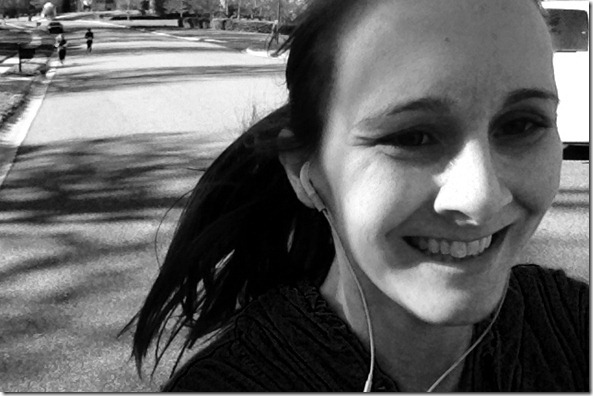 Nothin’ wrong with hanging out in the back… I’m getting my money’s worth that way!  More time on the course.

But guess what?  I ended up beating my previous pregnancy 5K time by nearly a whole minute – I finished in 30:27.  I was pretty surprised and proud when I saw the clock.   Running is definitely getting harder, but there’s something to be said for pacing well!

Pre-race fuel was a large bowl of banana oats: 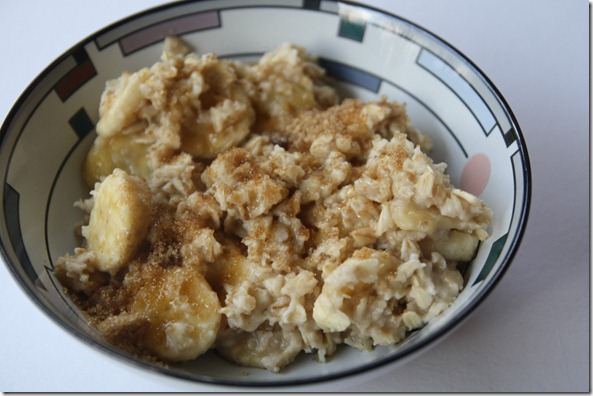 And post-race, I went far too long without a snack and ended up housing an entire frozen pizza out of hunger. 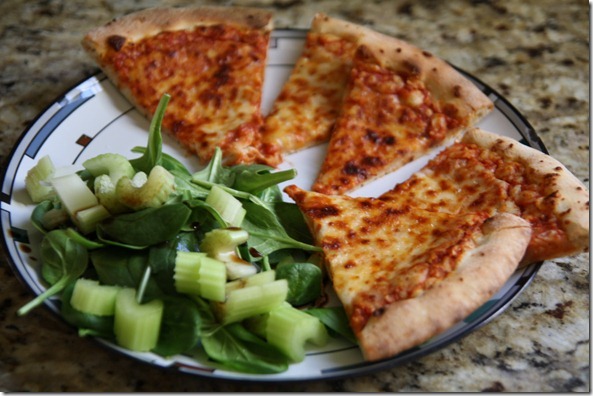 And now I’m going to face-plant back in bed for a lovely snooze.  Three cheers for holidays on a Saturday!

Do you prefer large races or small races? Why?