My, oh my.  Apparently, I left my brain in North Carolina because I have been to Connecticut before!  I came here last year for an Operation Beautiful presentation.  I struggle to remember where I travel for work because I spend more of the time in a hotel room, airplane, or rental car.  Whoops. 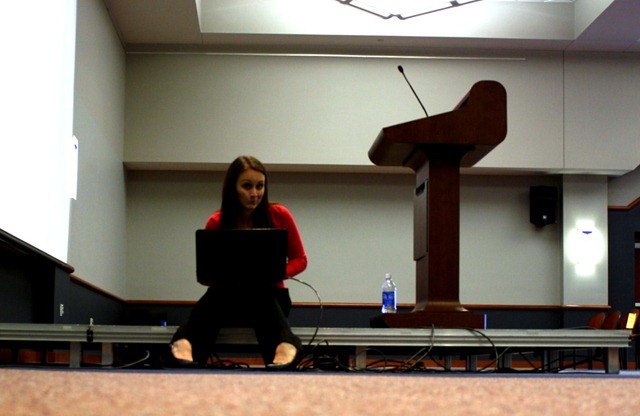 So – I’m BACK in lovely Connecticut.

Word on the street is that there was a massive storm storm late last month, and tens of thousands of residents didn’t have power for over a week!  Kind of hard to imagine because the weather is currently beautiful.  But there was evidence still stacked up on the roadsides. 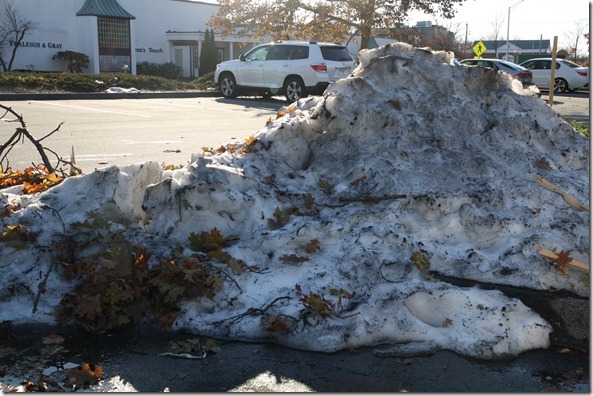 Since my hotel room has a fridge, I swung by Whole Foods and bought enough food for lunch, dinner, and tomorrow’s breakfast.  Saving money, staying healthy!  Two seemingly impossible tasks when you’re traveling.

Lunch was a bit of polenta lasanga and roasted veggies: 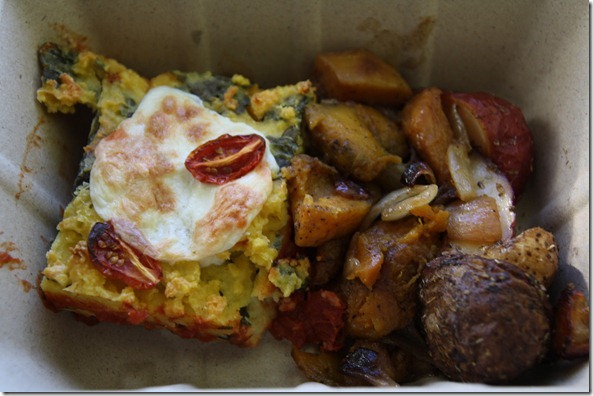 And dinner was a salad with loads of fixins and split pea soup. 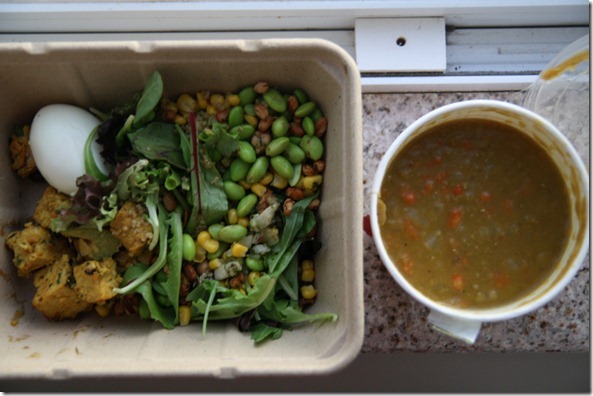 Upon crashing into my hotel bed, I finished my book club’s book of the month – Hotel on the Corner of Bitter and Sweet. 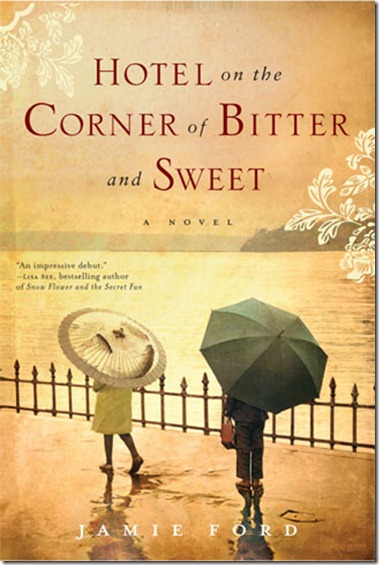 Run out and purchase this book RIGHT NOW.  It was so good.  The book tells the story of Henry, a Chinese American in Seattle who, in 1986, discovered mementos from his childhood that trigger the re-telling of the Japanese internment during World War II.  It’s a love story; it’s a mystery; it’s historical.  It took me a while to get into the story, but it was so worth it at the end.

Once I tore myself away from the book (okay – finished it so I could put it down!), I attempted a treadmill workout. 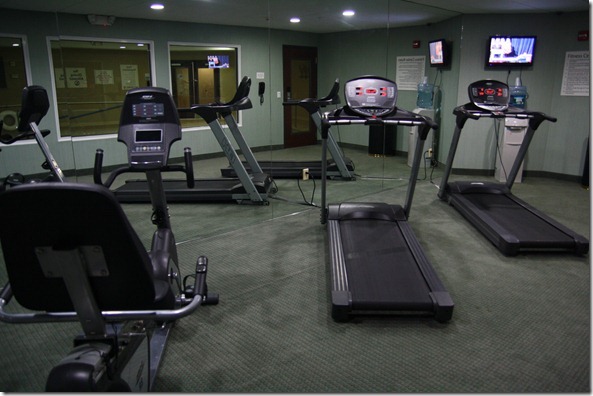 I was planning to do this simple 30-minute speedwork sesh: 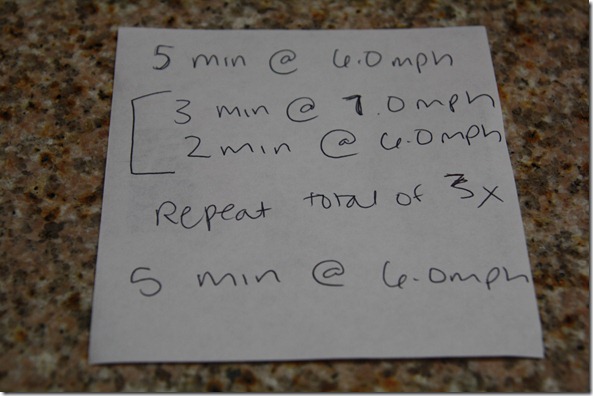 However, I just couldn’t do it. I try not to blow off workouts in the first five minutes because I usually end up getting into it… but I didn’t.  So I ended up just walking for 20 minutes while watching the local news.

Time to present.  But first – I need to find some ice cream!