Pittsburgh is a beautiful city (during the spring and summer; the sloshy snow doesn’t do it for me).  Surrounded by three rivers and flanked by hills, the city is connected by many bridges and tunnels. 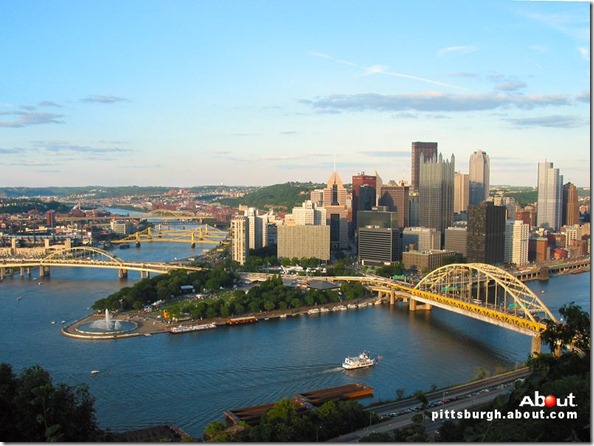 This… makes… traffic… a… nightmare.  The impending bridges tunnels makes drivers SLAM on their bricks in a way that I’ve never experienced in other cities. 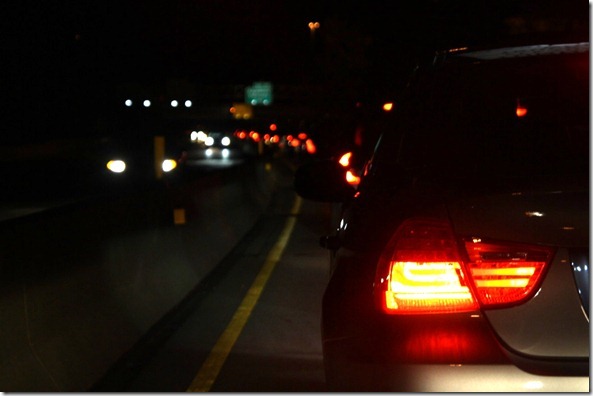 Grabbed a snack at a gas station on my way to the city: 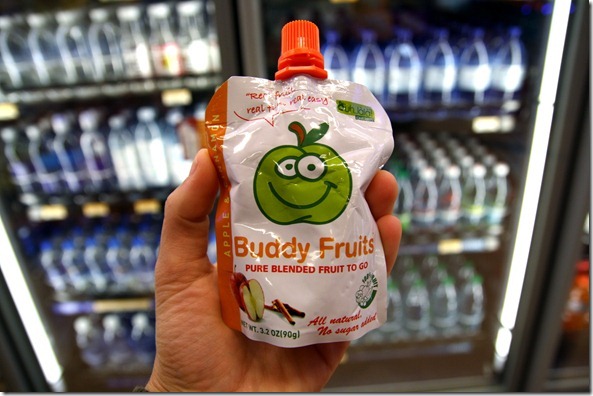 I’ve noticed a new trend at convenience stores – many now carry these squeezable, pureed fruits.  I think they’re technically baby/kid food, but I really like them.  Definitely a healthier alternative than something highly processed; plus, it’s really easy to eat them in the car.  My favorite one so far has been the Peter Rabbit Pea, Spinach, and Apple Squeeze ‘cause there’s a dose of veggies in there (and it’s organic, too).

And once I arrived at the airport, a grown-up breakfast – eggs, potatoes, and grilled veg. 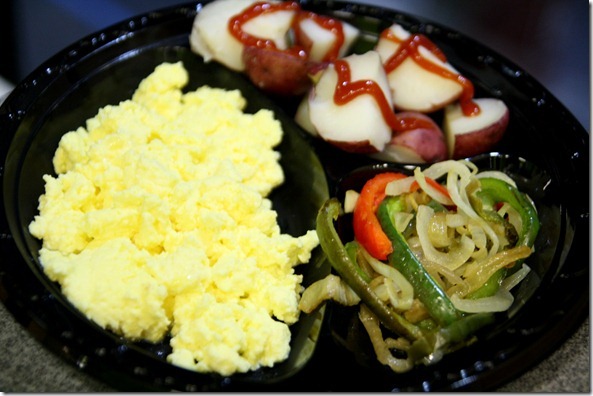 Have I mentioned how AMAZING the Pittsburgh airport is?  Lots of shops, art, and fun things to do. 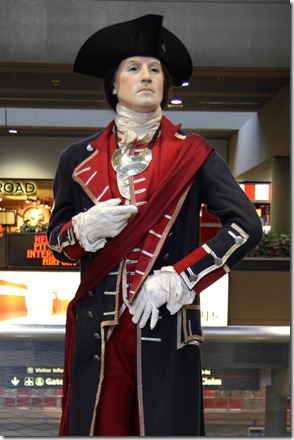 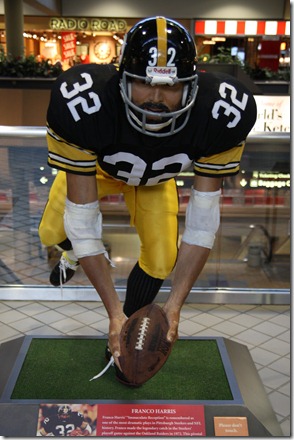 There’s even a T-Rex! 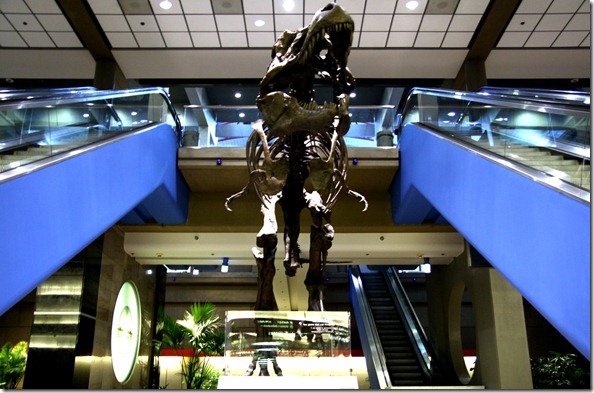 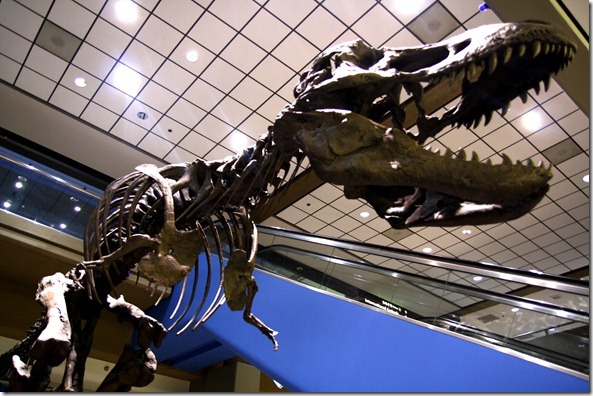 I’ve always thought that dachshunds reminded me of T-Rexes because of the short and stubby arms.  And ferocious attitude, of course.