In my recent post about doing flip turns, Victoria left me an interesting comment about keeping water out of my nose during the flip. 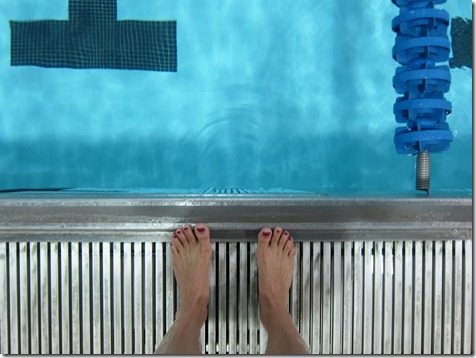 I had been blowing air out as I turned and figured the only other option was a nose clip.

Not so, said Victoria… 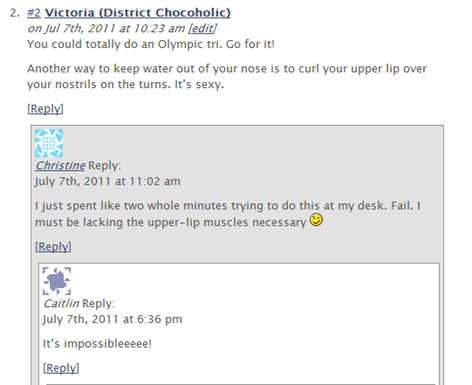 After Christina and I both argued that this was physically impossible in the comments section, I decided to contact Victoria on Twitter.  I seriously thought she was pulling my leg. 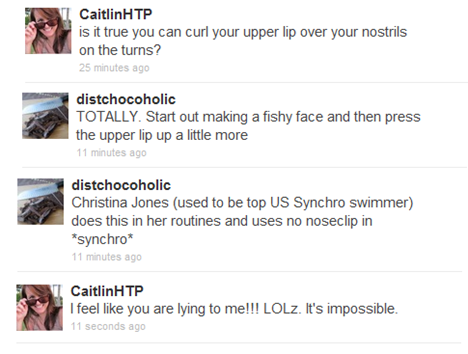 I still thought she was joking because I had tried to do the lip curl several times yesterday!  I tried at work, in the shower, and on the couch while watching TV.

Maybe my lip is short or my nose is too high.  I don’t know. 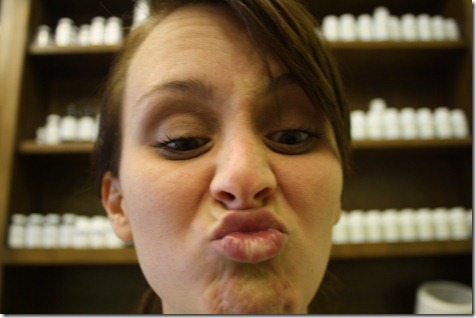 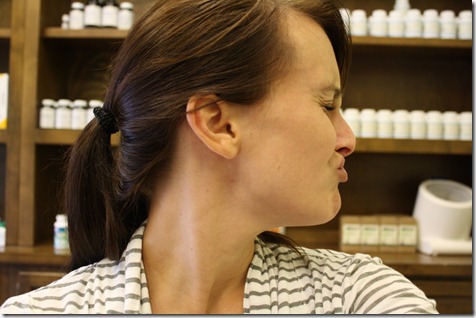 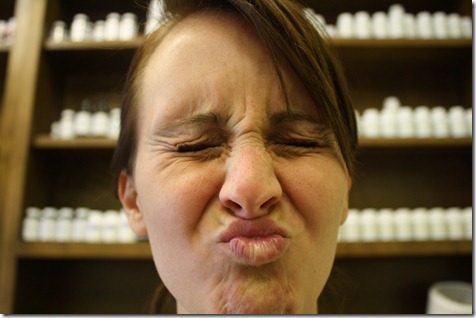 In all seriousness, it turns out Victoria WASN’T practical jokin’ on me.  Some swimmers can actually use their upper lip to plug their nose on a flip turn.  How amazing is that?

This dude has great step-by-step instructions on how to successfully plug your nose. 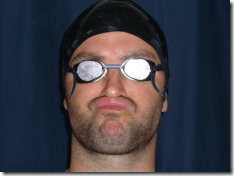 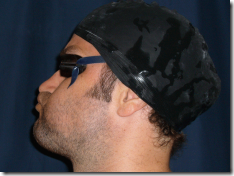 And yes, it’s true – Olympic swimmer Christina Jones can also do the human nose clip.   She says (and I quote), “God gave me an upper lip that can plug my nose, what can I say?"

Can you do the human nose clip? 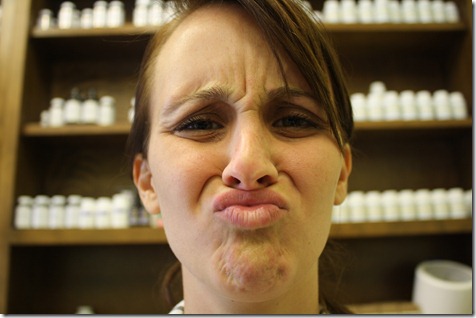 I’m going to keep trying, but I just don’t think I’m built for it!