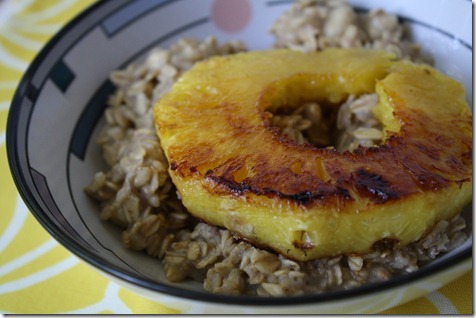 This recipe is actually an oldie but goodie, back when Healthy Tipping Point was named See Bride Run (most short-sighted blog name, ever – I got married six months after starting my blog!).

Fried pineapple in the morning – what’s not to love? 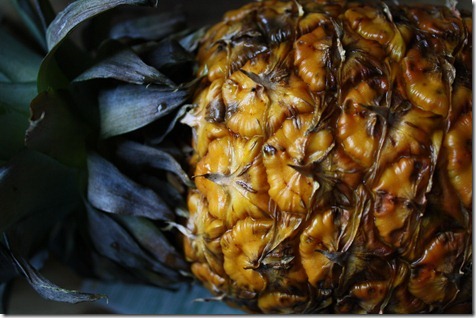 Ingredients (for one serving): 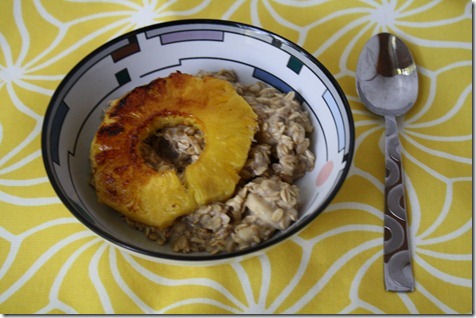 Want a little trick?  If you don’t have a pineapple core machine (um, who does? Anyone?), you can always use shot glasses to remove the woodsy core! 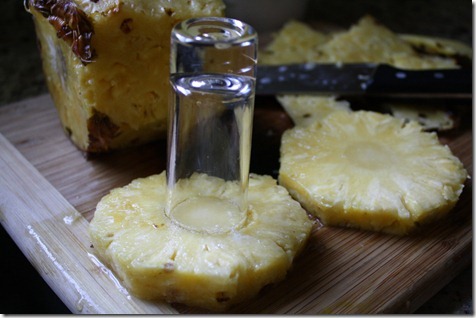