The Pole to Pole Run

Imagine running at least two marathons a day – every day – for almost a year.  No rest days!  Imagine running over 13,000 miles through 14 countries.  Imagine running from the North Pole to the South Pole, all in a quest to raise $100 million for the Red Cross. 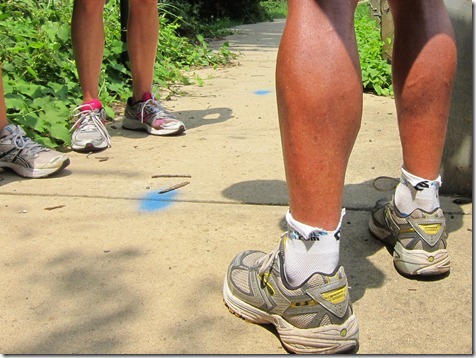 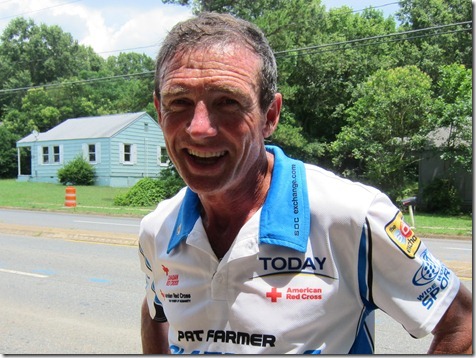 He’s 48 years old, the father of two children, a former member of the Austrialian parliament, and has raised millions of dollars for cancer research during his 20-year running career.  Oh, and he’s currently running from the North to the South Pole.  Yes, seriously.  SERIOUSLY.

Pat ran through Charlotte today, and several staff members, coaches, and girls from Girls on the Run got together to run with him as he left town.  Even Molly Barker (the GOTR founder and most-awesome-human-being-ever) was there! 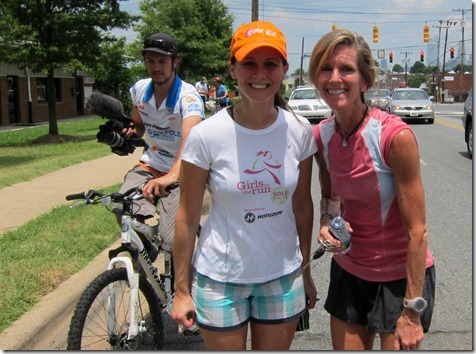 There was a lot of media around, too.  Local news stations interviewed a few GOTR girls.  It was a great chance to celebrate Pat, the Red Cross, and spread the word about GOTR, too.  I overheard one of the girls say that GOTR helped her discover how special she is, which made me smile from ear to ear! 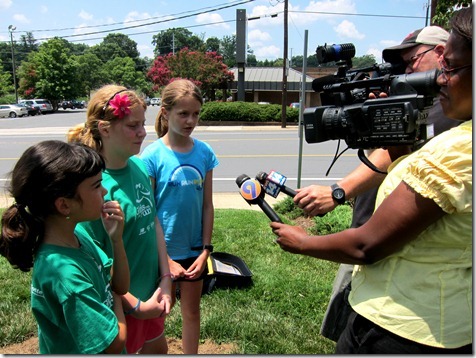 Then, Pat ate some lunch.  I asked him what he ate on the road – he burns about 8,500 calories a day running – and he said he tries to eat as much real food as possible, like eggs, bread, and bananas.  He did say that he eats a lot of protein shakes, and Gatorade. 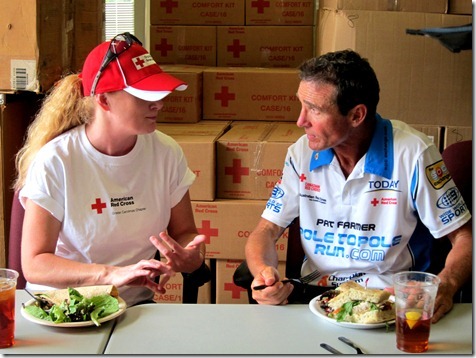 Pat said he’d been up since 2:00 AM and had already ran 50 miles before our meeting!

I would be slamming down two large pizzas for lunch.  Pat and his crew kept it pretty healthy, though. 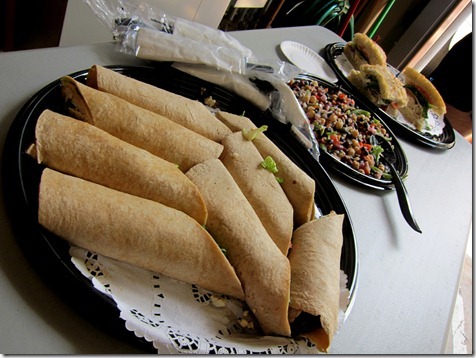 We gave Pat a Girls on the Run Energy Award (the Superstar, if anyone is wondering!) for an extra confidence boost… 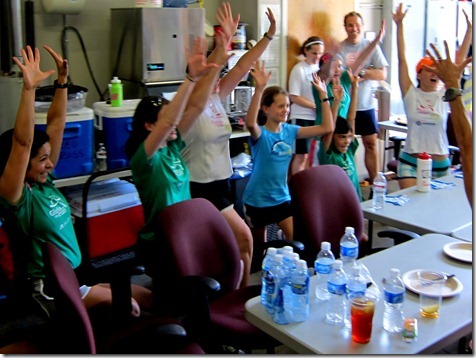 And then we were off!

Can I just say that it was awe-inspiring to run next to Pat Farmer AND Molly Barker, two internationally-recognized running legends? 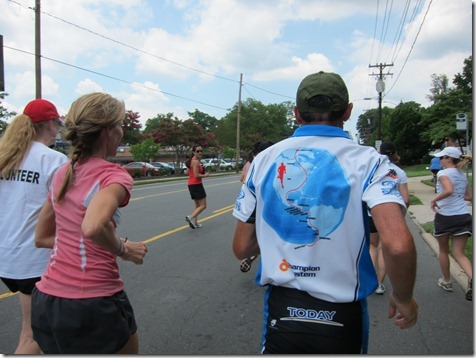 I wanted to stick with them for as long as possible, even though I haven’t been running long distances lately.   They have both accomplished so much in so many different areas… it was truly amazing.   I tried to soak it all in!

Plus, there was a camera in my face for the documentary and I didn’t want to crap out!  Hah.  Kidding.  Kind of. 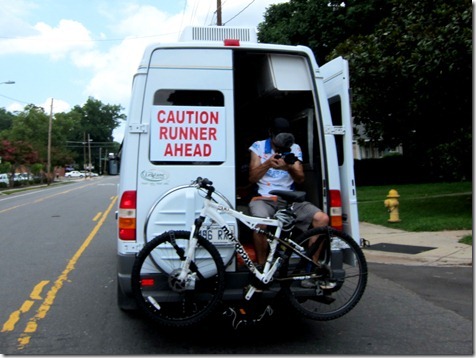 The girls and most of the other adults dropped off about three miles in, but Molly, a Red Cross worker, and myself stuck with Pat for a while longer.  I ended up doing more than 5.0 miles, which is the furthest I’ve run since March.   Whoop, whoop!

Running with Pat and Molly really reignited my passion.  Like I mentioned yesterday, it’s easy to get into the mindset of “oh, this is such a chore; I don’t have time; blah blah blah,” but running (or any type of exercise) is a GIFT.  There will come a day that I cannot run.  But you know what?  Today is NOT that day, and I am going to embrace and appreciate my body as much as possible.

And then I drank a peanut butter smoothie the size of my head.  Oh yeah. 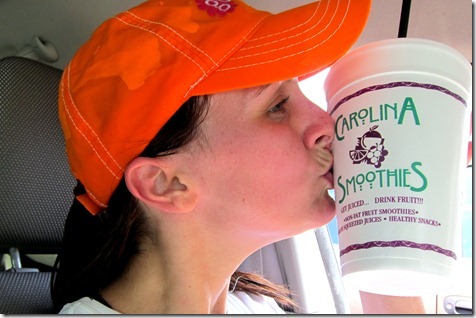 To read more about Pat’s journey, check out his website.  To learn more about Girls on the Run, check out How to Get Involved with GOTR.  And if you feel so inclined, please donate to the Red Cross.