Please tell me that launching a business is the hardest part.  That the endless amount of bureaucratic paperwork, legal wrangling, shelling out of personal cash, logistical nightmares, setbacks, and frustrations will end soon.  That my Husband can start doing what he went to medical school for three years to do.  That he can actually treat patients and make them feel better, instead of fighting with the printer.  Tell me it’s so!  That day is coming soon, right? 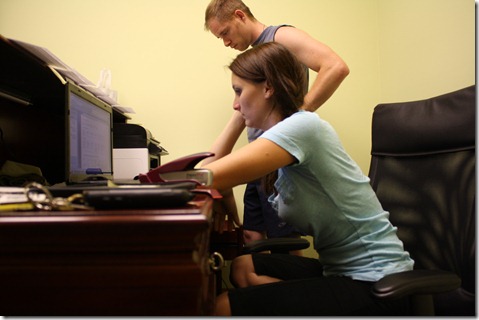 I try to keep the bitchin’ and moanin’ about my personal life to a minimum on the blog (because that’s what my mom is for and, heck, life is pretty awesome overall) but I simply must appeal for words of advice!  How do we get over this emotional hump?!  Tell me your small business story – maybe I can glean some lessons from your successes and trials.

Pre-printer meltdown, I had a lovely bowl of raw oatmeal, banana, and yogurt: 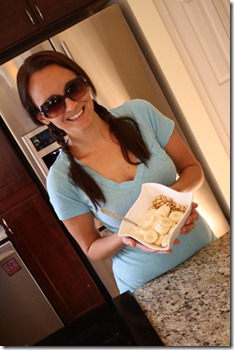 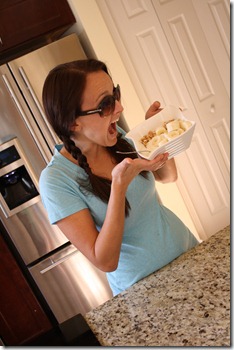 (I ate it in the car on the way to the clinic.)

And when we got back at 8:45, I threw together a quick dinner: 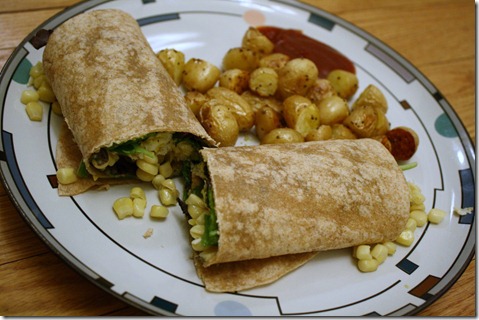 Thank goodness for wraps, right?  I had an egg, greens, and corn wrap with a side of roasted small potatoes.  Better than French fries! 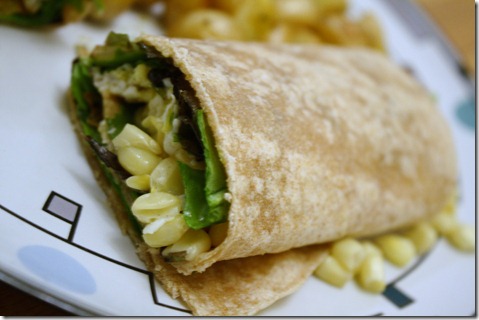 Tell me, tell me.  Do you run a small business?  Would you ever want to?  As hard as it is, small business ownership definitely has tons of benefits, too!