I had a whirlwind day.  I tried to lay low because I’m fighting off a cold, but fun things kept coming up!  Like a haircut and a new color: 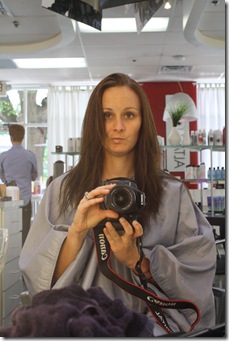 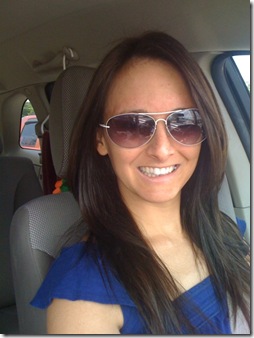 And tickets to a play, Spring Awakening.  This awesome play is in Orlando until May 23.  The Husband and I had tickets from Chevy as part of my Girlfriend Getaway blogging promotion. 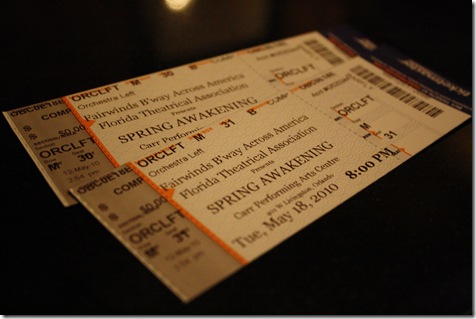 Traffic was actually CRAZY in downtown Orlando because of a basketball game, so we parked in a garage and rode a rickshaw to the theatre.  So fun! 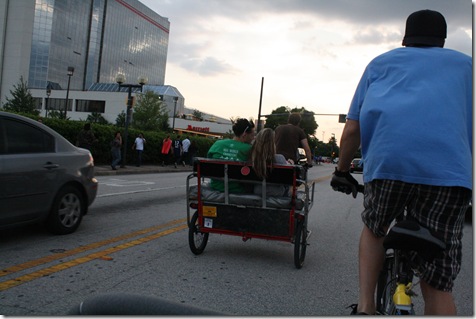 Maybe I should become a rickshaw bicyclist to supplement my Century training? 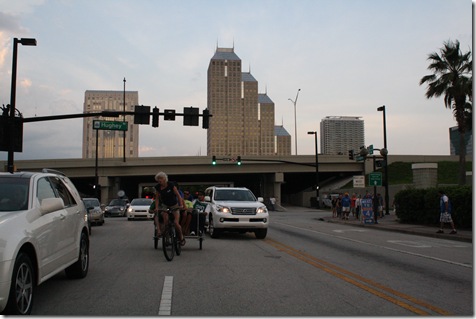 Before the play, I snacked on Chobani pineapple, 1/2 cup oatmeal, and 1/2 a banana. 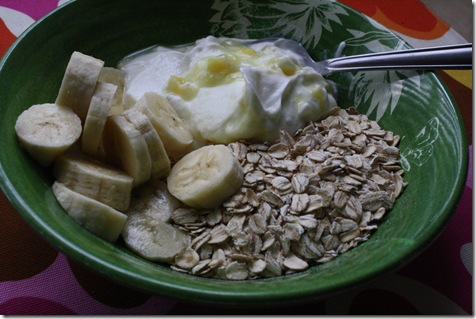 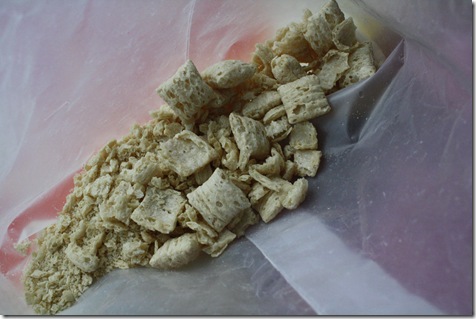 And dinner with a Morningstar black bean burger with veggies, hummus, and a olive spread. 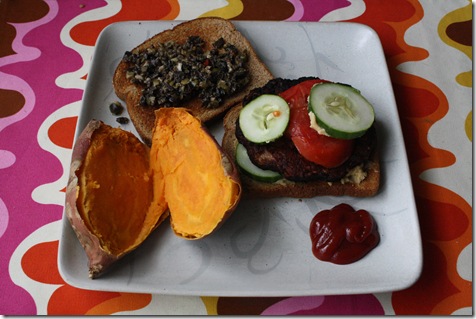 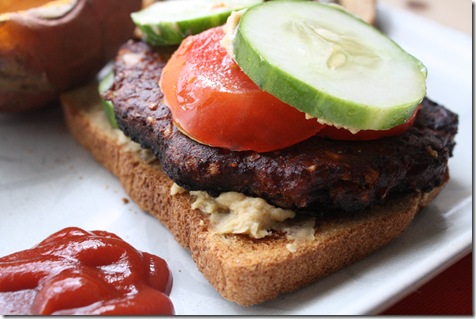 Come back tomorrow AM because I’m giving away a FREE ticket to the Healthy Living Summit!  And don’t forget that tickets go on sale tomorrow at 9 PM EST!  I’m excited to see you all in CHICAGO! 🙂