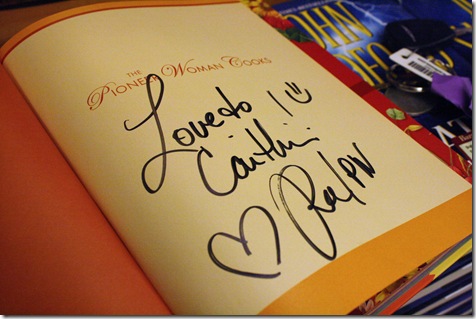 The Pioneer Woman book signing was absolutely insane!  I spent the entire night on the floor of Barnes and Noble, but it was worth it.  Ree is just as nice and humble and welcoming as you see on her blog.

Before I left, I had a bowl of raw oatmeal + Chobani pineapple: 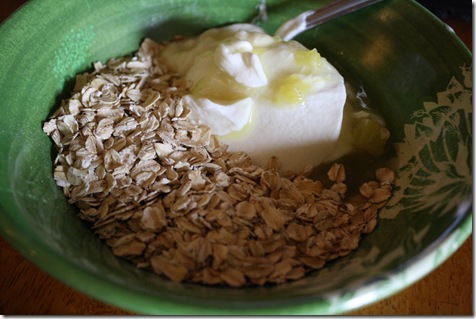 I left for the book signing a full hour and fifteen minutes before Ree was suppose to arrive, and when I walked it, the second floor was almost packed.  I squeezed into the line right before they started to line people up downstairs. 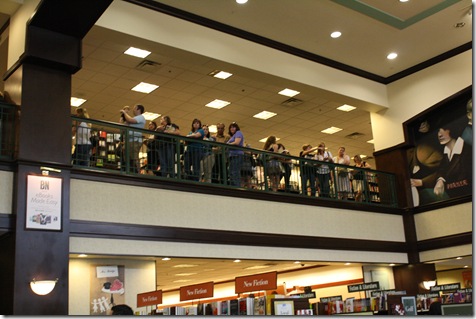 By 5:24, I was comfortably settled in against a wall, typing away on my Netbook. 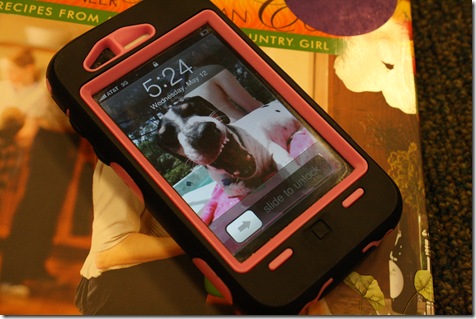 Fifteen minutes later, a cheer went up as Ree and her two daughters walked into the store.

And then people went nuts with their cameras.  I take back what I said this morning.  The Pioneer Woman IS an actual celebrity.  When people scream and take twelve pictures of you, you have officially risen from blogger to celebrity. 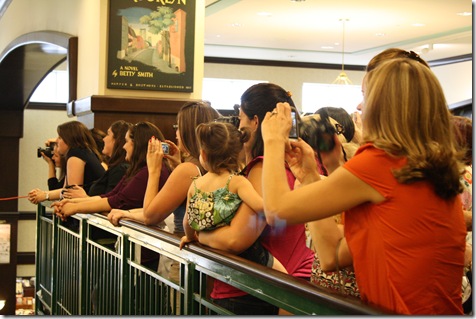 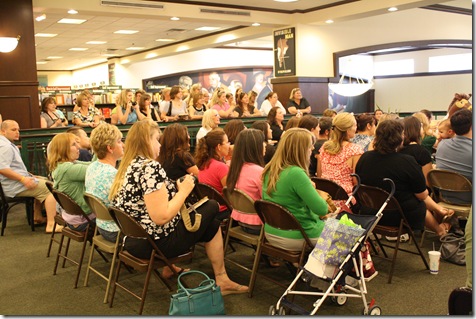 Ree then spoke for about 10 minutes, but I couldn’t really hear from my position down the line.

I started to flip through her book (which is awesome; I want to make every single non-meat recipe!) and wondered how the heck she ever pitched this concept to a publisher.  So many pictures! So many colors! So much INK!  That equals a very expensive book to print. 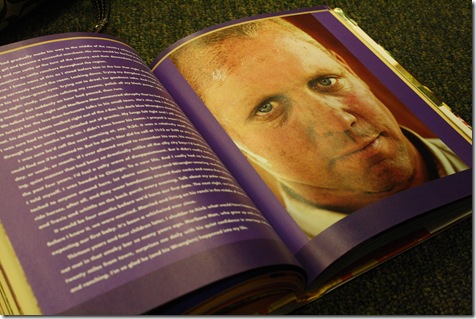 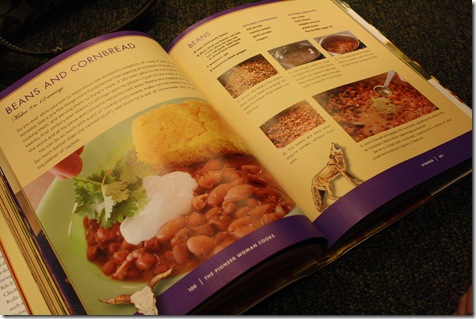 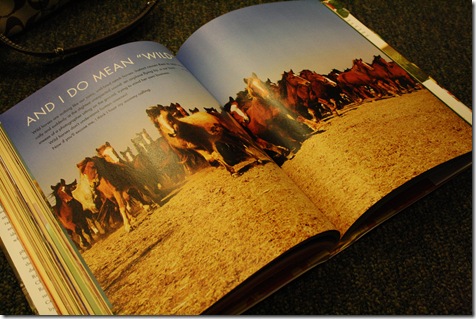 All the photographs were taken by Ree, too!

I then proceeded to spend a good deal of time figuring out how I could move to the country, start a cattle ranch, have ten pet horses, and get the Husband to wear Wrangler jeans and chaps. 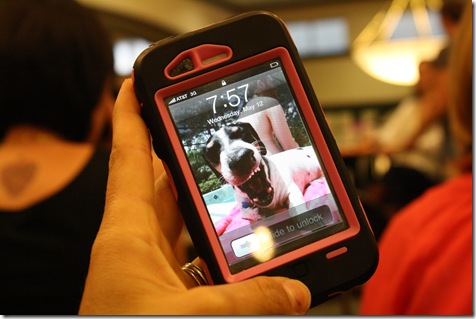 … My tummy was growling, so I went to the Starbucks cafe and got a huge sugar cookie.  I blame The Pioneer Woman.  Her cookbook ignited a craving for buttah and sugar deep, deep in my soul. 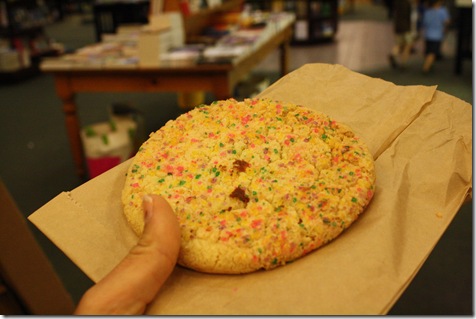 And nearly half an hour later, I got moved to the “short line.”  I got really excited and nervous! 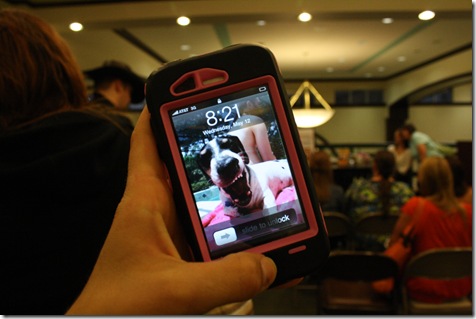 And then…  It was time for me to embarrass myself.  🙂 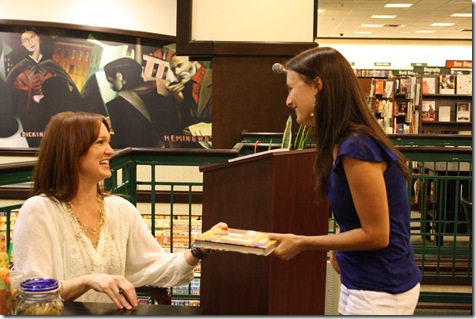 This is how to conversation went:

PW:  Thanks for coming!  I appreciate it so much.

Me:  You’re welcome. Thank YOU! Your blog is so awesome.  I love it.  I love your photographs [cue loads of awkward fawning].

Me: Oh! Once you wrote about my blog.

Me: Oh! It’s called Operation Beautiful.  You know, with the Post-Its? 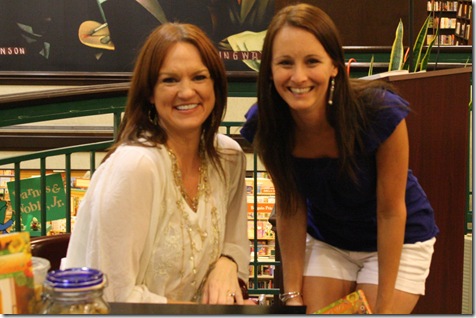 Totally worth waiting for 4.5 hours!  She was a sweetie.  It was cool to meet someone I’ve admired for so long.

I came home and was super pleased to see the Husband made me a dinner of roasted veg and a black bean burger. 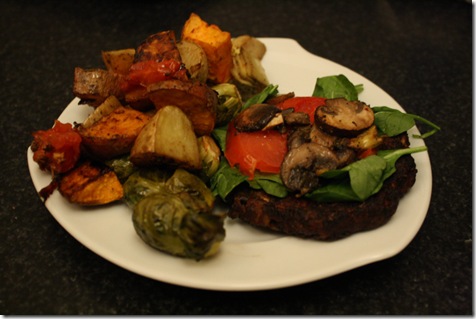 Thank you, Husband! You might not wear chaps and round up cattle, but I love you nevertheless.  🙂