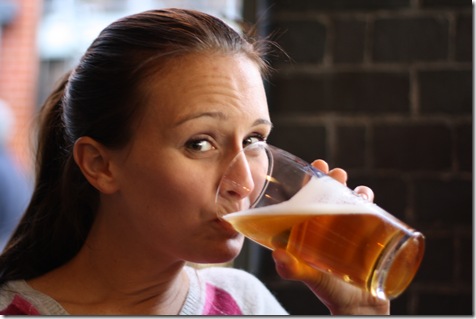 It was another full day in London that started with a quick breakfast of yogurt, cereal, and banana… 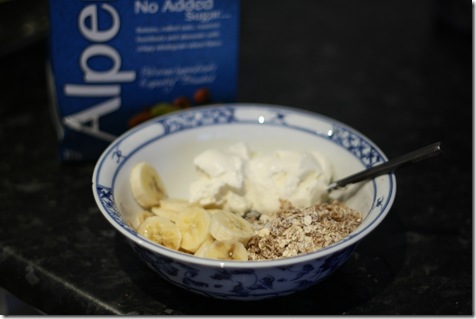 And then we made a mad dash to Wembley Stadium – if you haven’t noticed, the Husband is obsessed with stadiums and arenas.  Parts of the Underground were closed today for maintenance, and it totally screwed up our timing!  We managed to arrived for our grand tour on time, though. 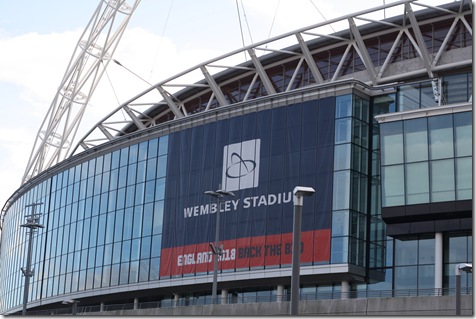 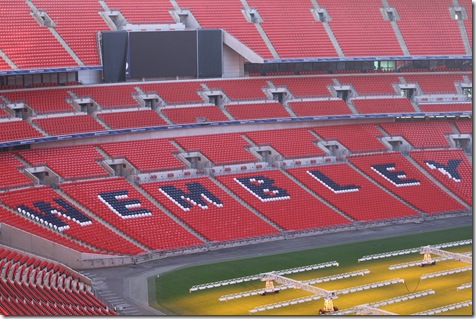 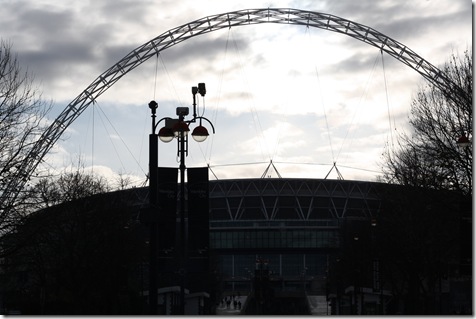 It was quite the interesting tour.  We saw the queen’s box, the players’ dressing rooms, and other interesting spaces. 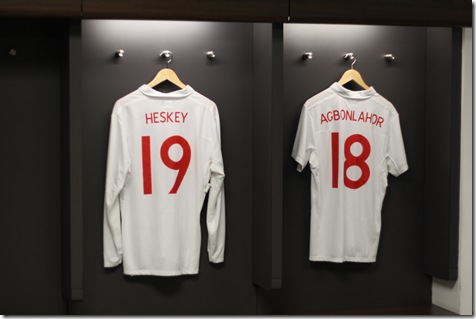 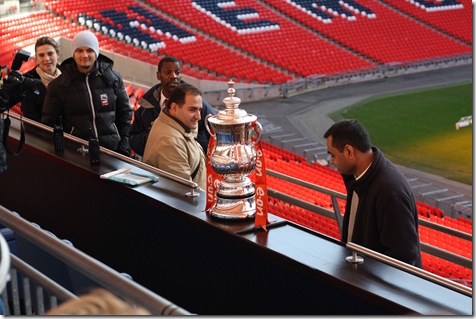 Afterwards, we walked around Spitafields’ Market.  I grabbed a Mint Truffle: 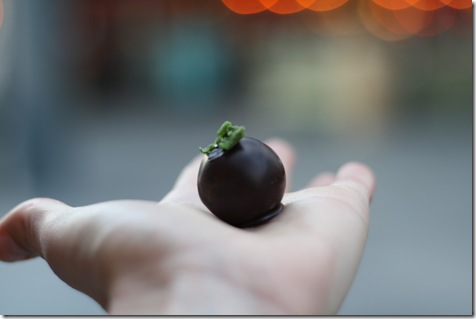 And then we met back up with Chris (the Husband’s BFF from childhood).  I love Chris.  He’s so easy to talk to.  I wish he lived in America! 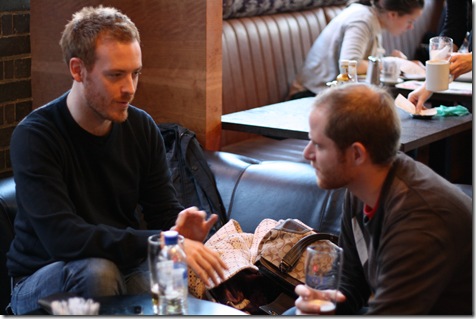 Quite a few beers were drank.  Oh, Pints – I love thee. 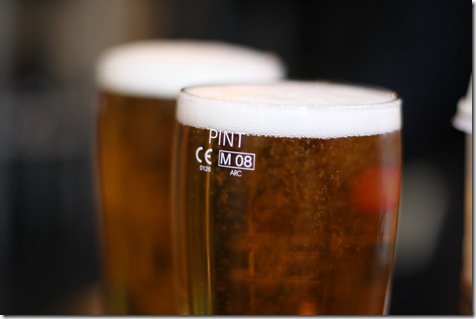 And then, the Husband, Chris, and I trooped over to Wagamama’s for a late lunch.  So many people recommended Wagamama’s to us that I knew we had to try it out.  However, I think I ordered the wrong thing – I hate it when I have menu envy!

We started with vegetable dumplings, which were good: 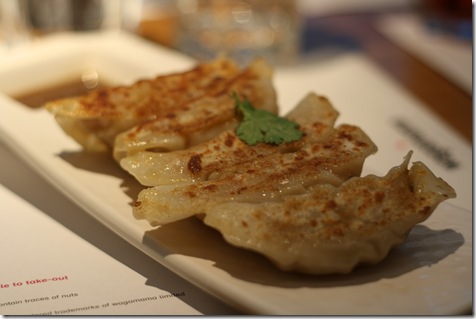 But my noodle and tofu dish was alright.  It didn’t have enough tofu, to be honest. 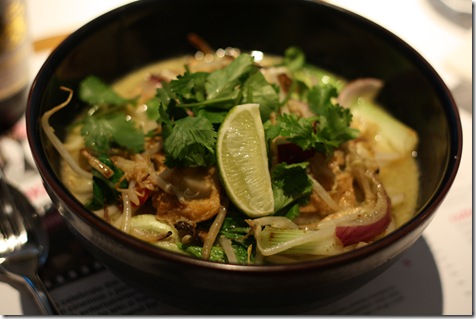 The Husband and I split another candy bar in the elevator.  I’m slowly making my way through every candy bar in England.

Yorkie – it’s NOT for girls because it’s too “thick.”  Which makes no sense because if anyone can eat tons of chocolate, it’s a woman. 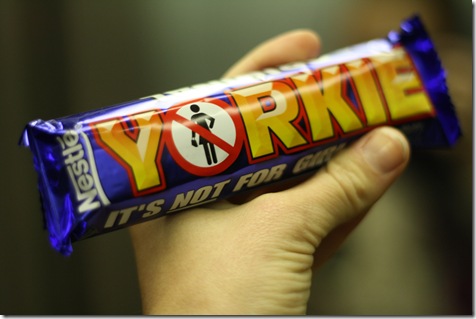