Neither one of us felt like cooking tonight, so I suggested we go to Chipotle.  I browsed the menu online, and the choices looked almost healthy!  🙂 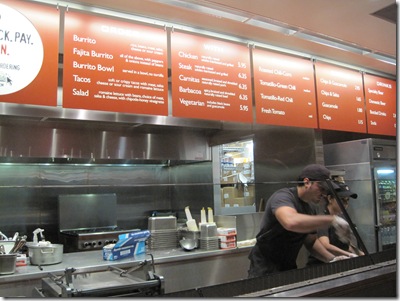 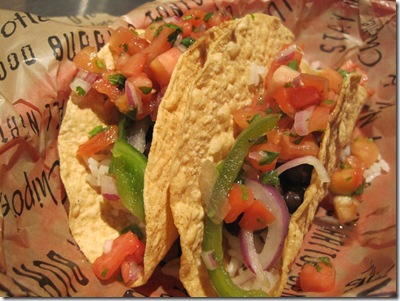 It is lame that the Husband and I sit side-by-side? 🙂 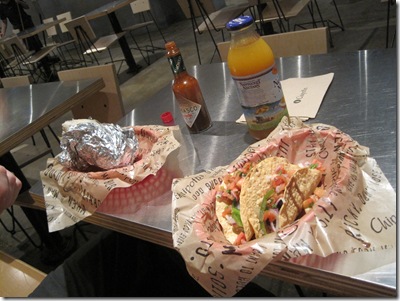 After dinner, I got ice cream and satisfied a serious sweet tooth hankering that I’ve been fighting for DAYS! 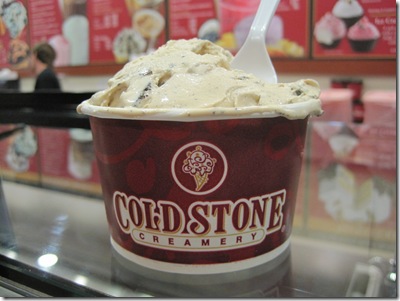 Dinner gave me flashbacks to college.  Back in 2005, I bartended at a Chipotle-like restaurant called Qdoba.  I worked there for about a year and had lots of free burritos (pretty sweet if you’re on a college budget). 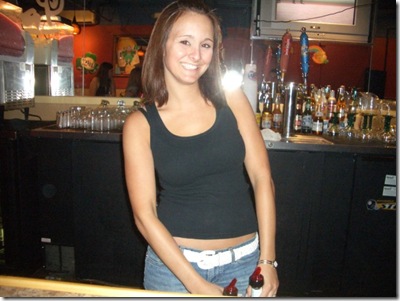 The bar was very small!  I had to serve as the bartender-bouncer-busboy-911 caller in case of fights.  :)  But it was really fun to work there.   (Side note: What the hell is that guy on the end wearing on his head?!) 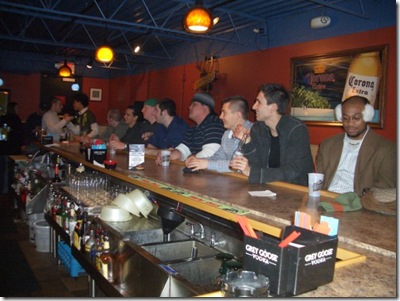 One of my primary jobs as a bartender was to sing karaoke (yes, really).  We had karaoke every Saturday night, and it was my duty to get the crowd motivated.  I would do 5 – 6 songs a night… I don’t have a really good singing voice, so it was pretty embarrassing. 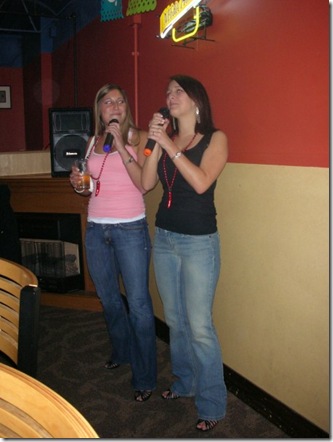 There was a homeless guy who came in for $1 beers, and we always sang "Summer Nights" from Grease every single Saturday for months (I was Sandy and he was Danny, obviously).  That guy was awesome — I wonder what he’s up to now…

Ah, memories.  This actually made quite nostalgic for college (I wen to the University of Pittsburgh!).

Here are my afternoon snacks…  I had an orange.. 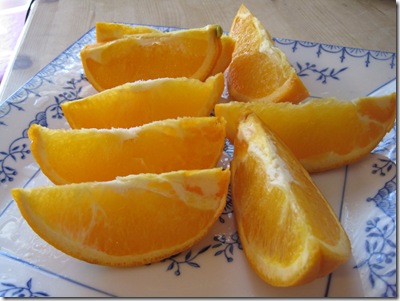 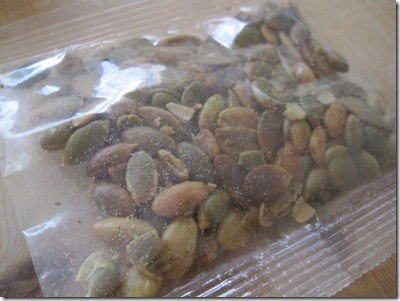 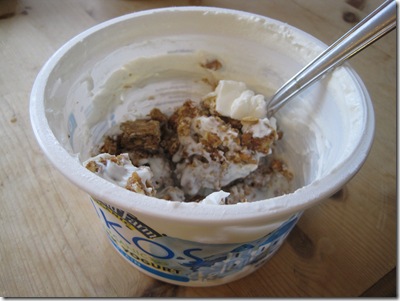 Around 4 PM, I realized I was straight-up HUNGRY.  I always listen to hunger cues and knew another "snack" wasn’t going to cut it, so I had a hummus bagel: 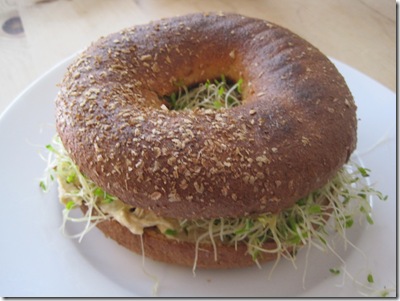 Must have been that AM run!  My appetite was off the charts today.

Did you ever tend bar?  Did you like it or hate it?  I liked:  the money, talking to people, and having fun.  I did not like:  creepy men, cleaning up vomit, breaking up fights, and cigarette smoke.