More Food Should be Served on Tiers

Seriously!  It’s much more fun to eat dinner when it comes on tiers. 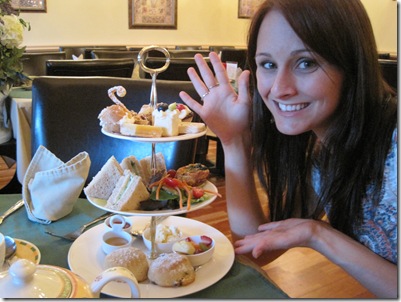 My Husband is British — he moved to America when we was 16.  Whenever we see a British restaurant, we always feel compelled to check it out.  It’s like a little slice of home for the Husband.

Shakespeare’s Fine English Tea Room was like a diamond in the rough!  Such great food — and reasonably priced, too.  Plus, my dinner was too cute for words: 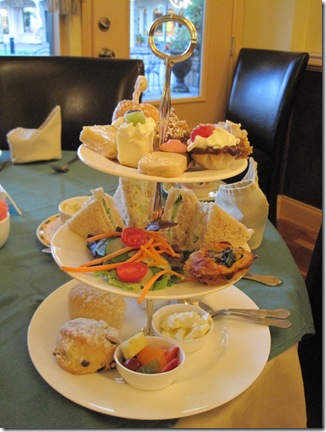 I thought the Afternoon Tea platter was going to be small (ha!) so I started off with a cup of Leek and Potato Soup: 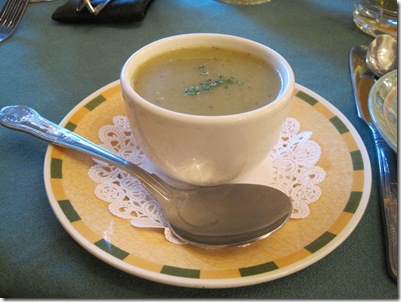 And a Strongbow beer: 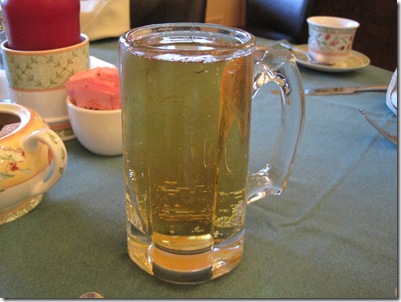 And — of course — some snobby British tea.  Which the Husband served to me with a snobby pinkie finger in the air. 🙂 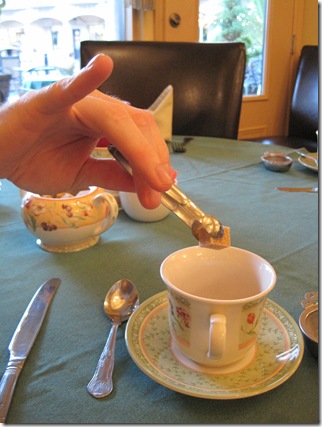 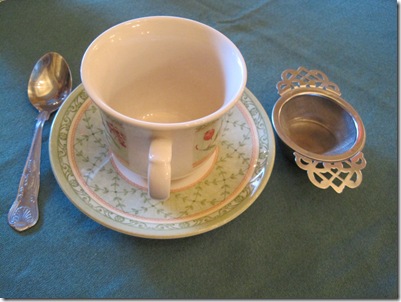 Our tiered dinner was so amazing — I literally gasped when it was delivered to our table (the Husband and I each got our own tier).

The bottom tier featured fruit, a regular scone, and a raisin scone. I had the  regular scone and saved the other one for later: 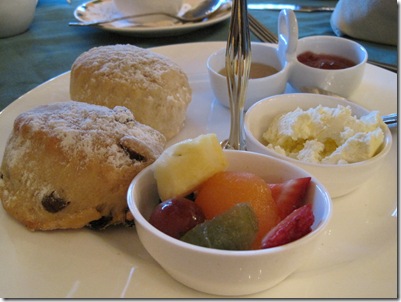 The top tier was the BEST TIER!  It was the dessert tier. 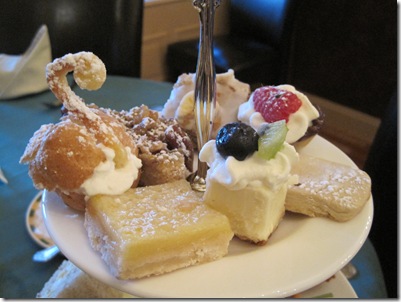 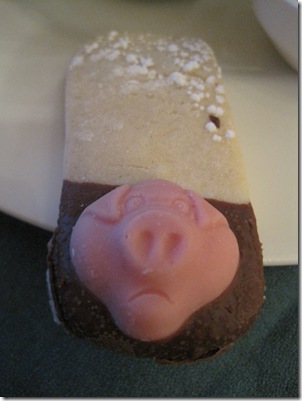 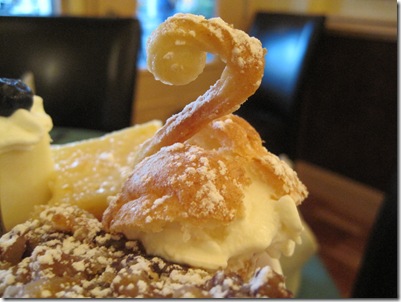 My tactic for not overdoing it on the dessert tier was to just have a bite of everything, and then only finish off the desserts that were really, really food.

Obviously, this was QUITE a lot of food, but it was such a dining experience and so fun.  🙂

Before dinner, we went to the movie theater: 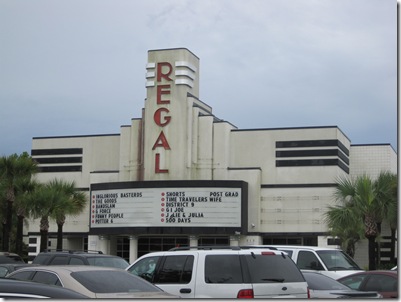 We saw District 9.  The Husband and I both give District 9 two thumbs up.  It was a great sci fi movie and very original, which is a hard thing to do in the genre.  If you’re into sci fi, I highly recommend it!  At the movie theater, I snacked on a plum that I snuck in my purse: 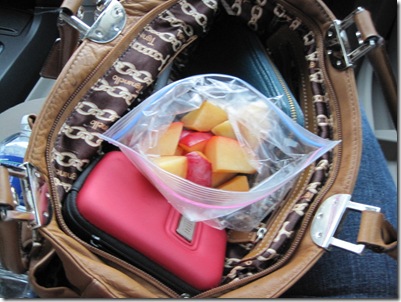 I also posted this Operation Beautiful note in the bathroom at the theater.  It made me happy.  🙂 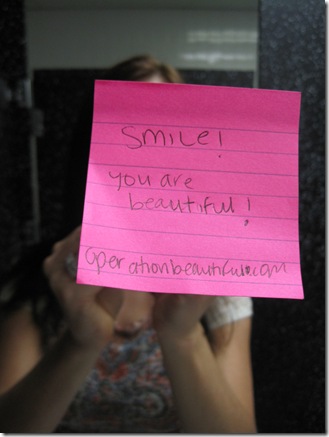 Have you ever been to London?