Where in the USA is Monica?

On Operation Beautiful, I’m hosting a fun little game called "Where in the USA is Monica?"

Monica from Run, Eat, Repeat is taking a cross-country tour!  She is driving from California to Maryland from July 10 to July 17, and along the way, she will be spreading the Operation Beautiful love!   On Friday, she hinted that she was going to a city that hosts a marathon in December, drew in nearly 33 million tourists last year, and has photographs of "sexy ladies" posted up everywhere you look.

If you guessed that she was in Las Vegas on Friday, you were correct! 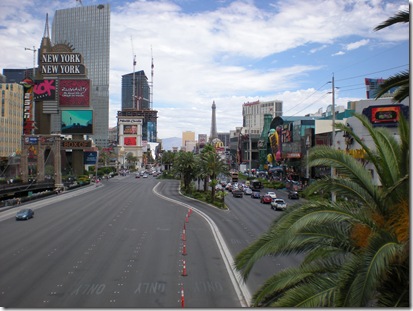 Monica wrote,  "I started out in Orange County, California and was sure to leave a few notes in my wake as I left the Golden State. This Operation Beautiful project is going all the way from the Pacific to the Atlantic!  Las Vegas is known as “Sin City” and for many legitimate reasons – in addition to the gambling and drinking,  there are pictures of super made up, scantily clad, cosmetically enhanced ladies EVERYWHERE! Female visitors to the city can really use a reminder that they are beautiful!!! I put notes up in casino bathrooms…including Planet Hollywood, MGM and the Venetian. The next morning I walked down the strip and hit up some of the bus stops too!" 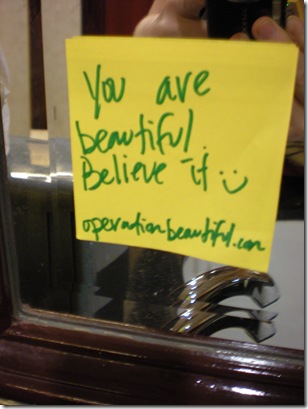 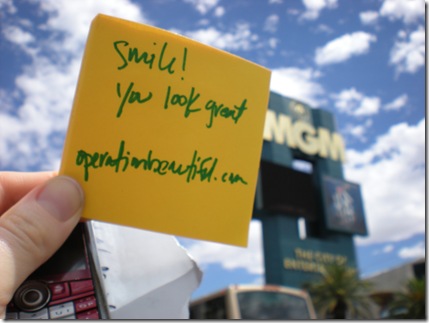 Here are the clues for the next stop for "Where in the USA is Monica?":

Can you guess where Monica is going?