"Dinner" never occurred.  As it often happens on Mondays, I was too busy with work and just ate a bunch of little "snacks" instead: 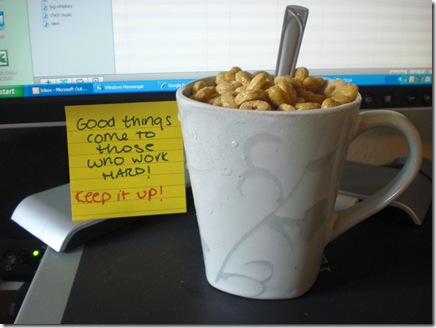 And a few hours later, a ProBar "Fruition" bar (will be available in stores in August!).  This was the Cran-Raspberry flavor; the blueberry was the best! 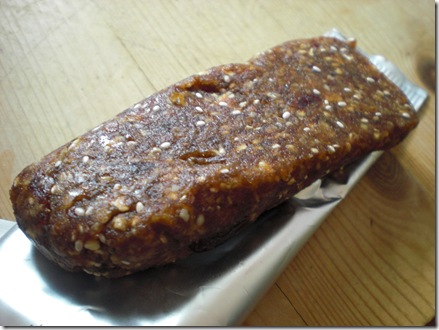 On my way to work (eaten in the car) – a PB sammie that the Husband made me as I dashed around to get ready: 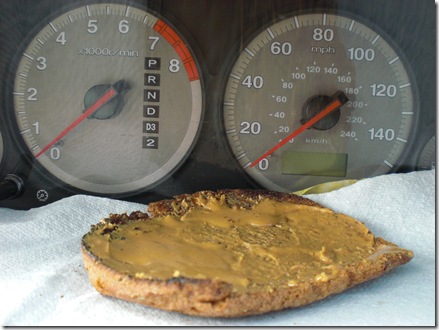 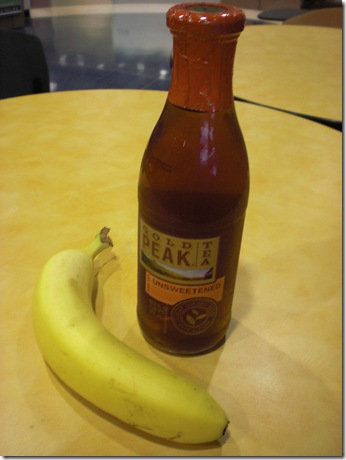 Not enough GREEN in my diet today! I’m going to take a shot of wheatgrass right now!

How many hours of sleep do you get a night?  I’m convinced that I’m averaging 6 a night so I’ve decided to keep track via an Excel Spreadsheet: 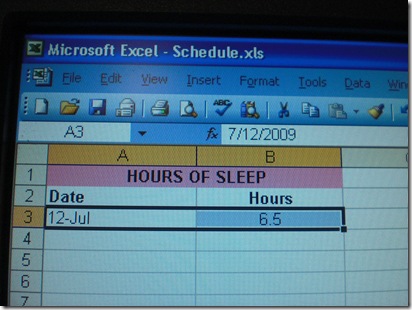 My "goal" is to get 7 hours of sleep a night this week.  Truthfully, it’s going to be a challenge, but I’m going to make the effort to go to sleep ASAP.