A Little Bit of Britain

We’ve done so much already today!

I started the day with a nice bowl of oatmeal and a coffee. 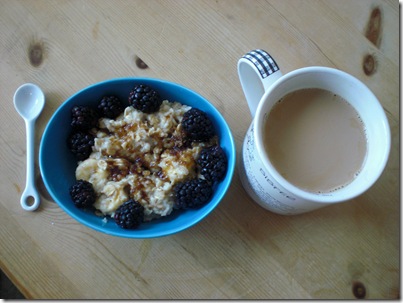 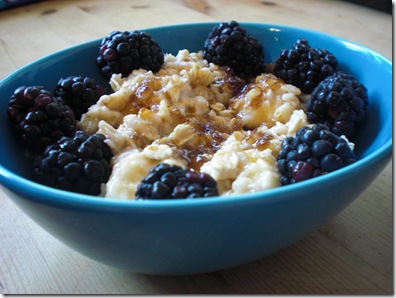 I’m not sure what was different about these oats, but they were SO good!

The Husband and I headed over to our favorite British pub to watch the FAA Cup Semi-Finals (Manchester United vs. Everton).  We’re Man U fans, so we both wore red. 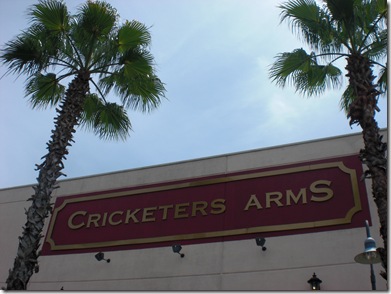 Cricketers Arms always makes the Husband feel like he is back at home.  They even have a red phone booth out front!  I also really love the menu, which is pretty traditional British fare. 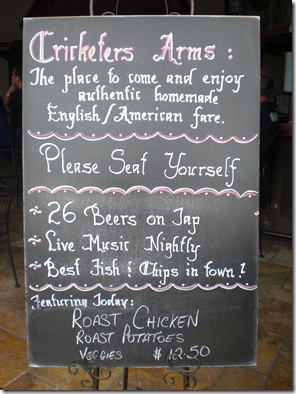 We ordered the dinner-sized Fish and Chips to share: 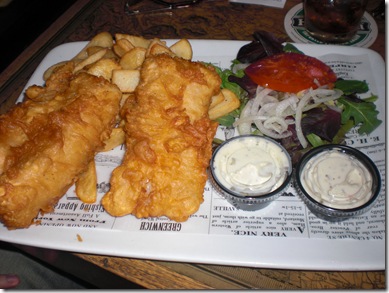 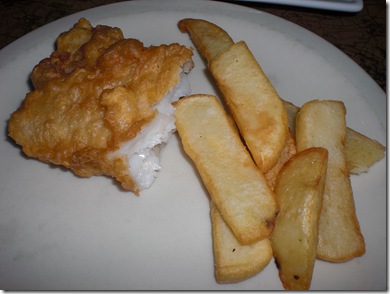 And I supplemented my fish and chips with a nice side salad.  I took off the cheese. 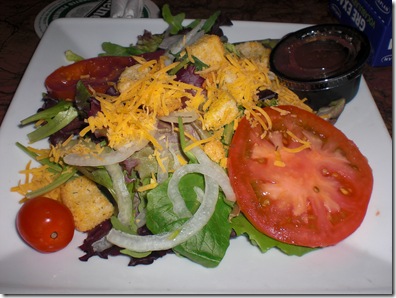 Unfortunately, Manchester United lost the game in overtime.  The match even went to a penalty kick shoot off, which is always exciting… but I also think it’s a little unfair.  I mean, you make the players run around on the field for 120 minutes (90 minute game + 30 minutes of overtime) and then it just comes down to a shoot out!?  Ugh!

I just fueled up for an intense swimming workout: 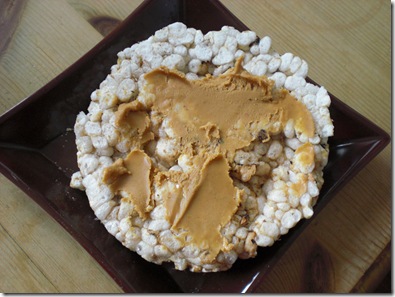 A rice cake with a smear of PB.

Time to get my swim action on.  My left knee feels so much better, but I’m not going to push it with any high impact exercise!

Have a WONDERFUL SUNDAY!

Have you ever been to England?  Did you like the mother country?  I love England (but I’m biased).