How’s your day going? Mine is flying by, but I’m so busy and can’t seem to catch up on my work! Bletch! Typical Tuesday. 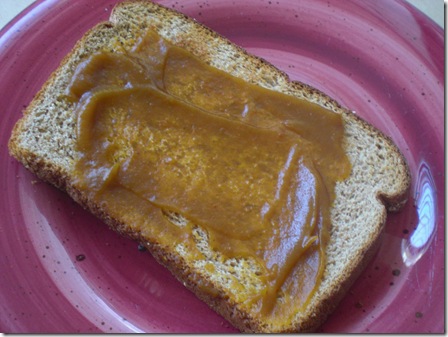 And "British" tea (English Breakfast with skim milk and Stevia). 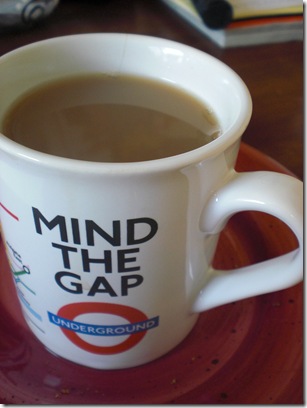 I made lunch while juggling a conference call and a deadline, so it wasn’t until I sat down I realized how brown it looked. 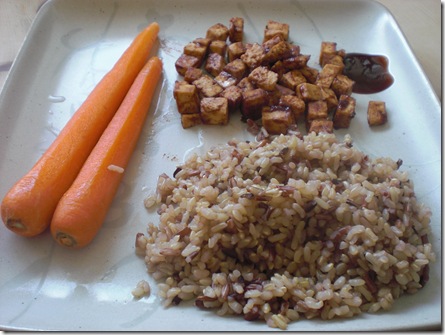 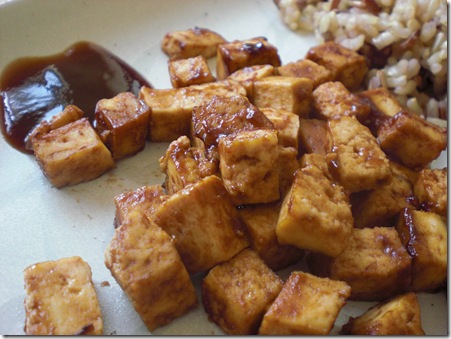 It was good, but as mentioned — it was lacking in leafy greens!  I had a Green Monster smoothie for my mid-afternoon snack to make up for it. 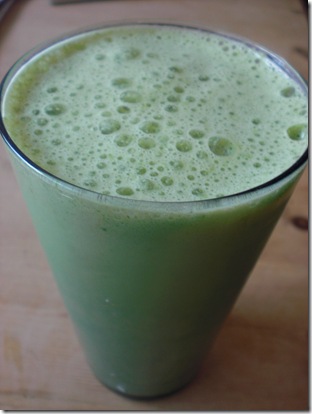 My Green Monster contained: 1/2 cup skim milk, 1/2 cup NF plain yogurt, and a bunch (and I mean A BUNCH) of raw spinach.  Plus a few drops of Stevia to cut out the sour taste of the yogurt.  You should’ve seen the Husband’s face when I drank it! 🙂

So… I’m kind of nervous for tonight!  I’m actually going on a "blind friend date."  One of the girls I met from the Orlando Women Runners club invited me out for drinks with her three other friends.  I’m really excited to go, but a little anxious, too.  I think this girl is SO SWEET to have invited me out — we only spoke for 15 minutes.

I’m always looking to expand my social circle, so I’m more than willing to take a few friendship leaps of faith!  I don’t think I’ll be doing any food/drink photography — it’s a little hard to explain food blogs to new people.

When we first moved to Orlando, I begged and pleaded for the Husband to go to a runners’ club (not OWR) meeting with me, but he was too busy and couldn’t.  So… I decided to go by myself.  I am so embarrassed to admit this, but I drove up to the meet up location and saw all the people chatting like old pals and broke into tears in my car!  I freaked out and drove away.  It took me weeks to get up the courage to try another "social group," and that went horribly and left me in tears, too.  I refused to try anything new for like 6 months!

But, my social courage has really increased in the last year or so.  I think I finally realized that everyone is in the same boat — people want to meet new people and do stuff together.  Cliques are so high school.  Real adults aren’t like that.  I’m not saying everyone I meet is going to be my new BFF, but I like the opportunity to talk to someone new and learn about their lives.

What’s your social courage like?  What situations really test your courage?  What kind of social encounters come easy to you?