For breakfast, I made Egg White French Toast Waffles and I dressed them up with blackberries, half a banana, and slice almonds.  YUM! 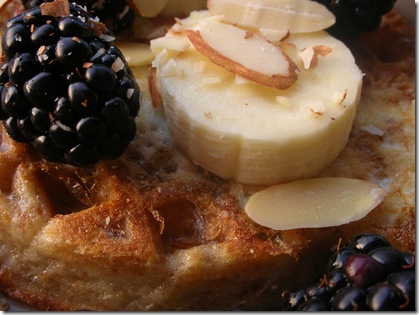 After lightly toasting two frozen waffles, I dredged them in two beaten egg whites.  Then, I placed the waffles on the griddle as I would for French toast.

Here’s one of the beauties…. 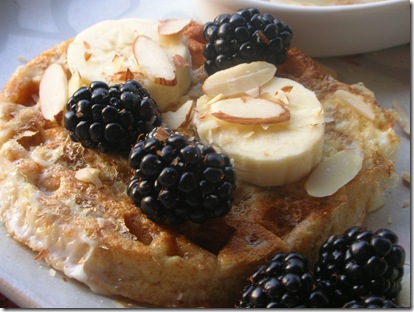 I nearly squealed in excitement last night when I discovered blackberries are officially in season/on sale.  Blueberries are close behind, and those are my absolute favorite! 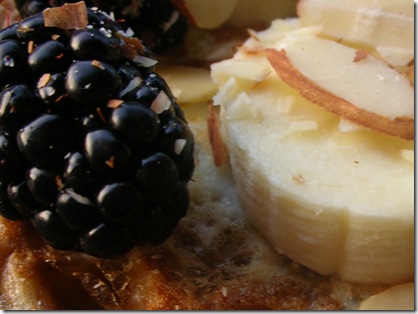 With some real maple syrup for dipping… 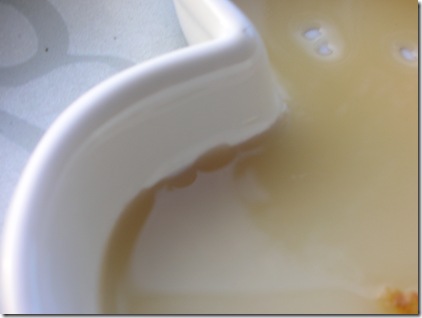 It was one of the best breakfasts I have had in a LONG time!

I was a little curious as to why I was so sore after two days of speedwork.  After all, I can bang out 8 miles and be the fine the next day.  So why am I hobbling around after two speedy 5Ks?

According to this article, people get sore muscles if:

Scientists say soreness starts when the body’s defense mechanism reacts to new exercises or harder exercise.  In this reaction, white cells come to the rescue and fluid moves into spaces it normally doesn’t occupy, resulting in swelling.  This swelling nudges the nerve endings, causing soreness.  It also contributes to stiffness in the muscles, partially immobilizing them.

Exercise physiologists refer to the gradually increasing discomfort that occurs between 24 and 48 hours after activity as delayed onset muscle soreness (DOMS), and it is perfectly normal, according to this article.

On a brighter note, after your muscles recover, they actually become  stronger.  Tearing and repairing is what gets you in shape and allows you eventually to run further and faster!

You can avoid muscle soreness by:

Next post: A Better Chicken Salad Sammie and the Top 10 Most Common Alternative Supplements