Today is looking like it will be another fun and exciting wedding-centric day.  We have the "working" bridal shower at 11, and I’m looking forward to seeing a few of my friends and family.

I made a big batch of French Toast for myself, my mom, and Future Husband. 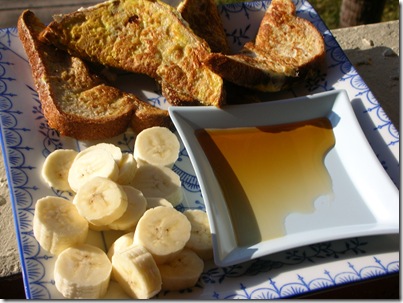 We were low on eggs, so I couldn’t make egg white French Toast.  Egg whites seem to produce more "crunchy" French Toast — it’s worth the indulgence.  These were still yummy. 🙂

With a sliced banana. 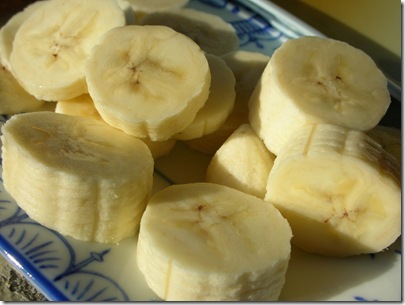 And a drizzle of maple syrup on the side.  It was a great breakfast! 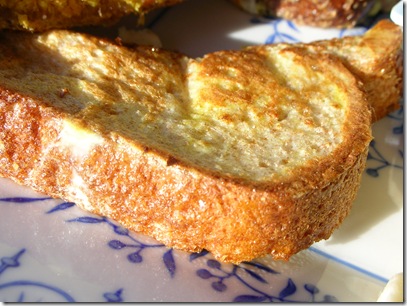 In honor of tomorrow’s 10K, here are some fun running facts: