A Bike Ride and a PT Job

Hello! Today has been really fun — I met up with Meghann, her sister Kelly, and a reader named Jen for a fun bike ride.  The City of Orlando offers FREE bicycles at Blanchard Park. 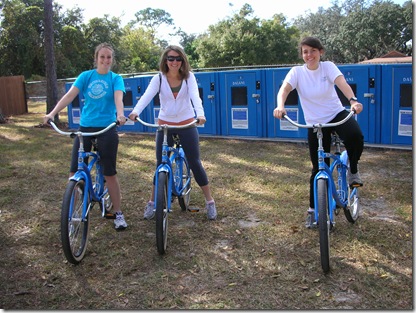 We did 9 miles!  It was an easy ride; we did lots of talking and laughing. 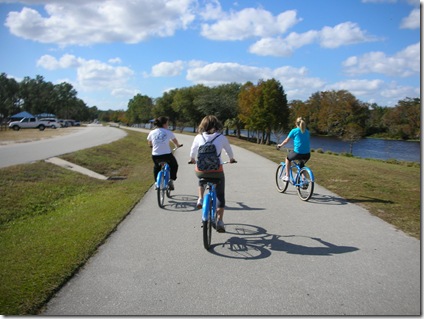 When I got home, I quickly had a snack… 1/2 cup of Trader Joe’s pumpkin granola and 1/2 cup of NF yogurt. 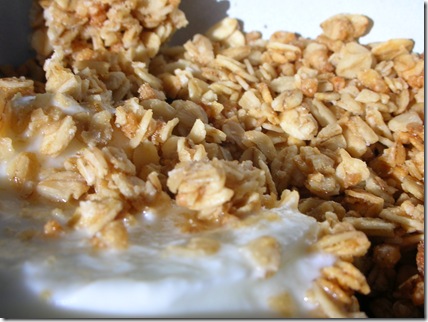 The place is soooo nice; the doggie kennels are like little hotel rooms! I think the position is going to be really fun! She warned me I’ll be doing lots of dog walking — I thought to myself "GREAT!" Haha, obviously she doesn’t know that I’m a fitness FREAK.

The place is close to my house, so I’ll be able to come let out Maggie and James on my lunch break.  The owner said that normally she’d let me bring my puppies to work, but their going to have a full house.

I asked her how she got started in the business (the place opened last year), and she said told me that a few years ago, she had to go on a 7-day business trip and interviewed TWENTY kennels in Orlando to find one to leave her dog at, and none measured up.  So…. she quit her retail job and opened her own delux doggie daycare camp! How cool is that! I found it very inspiring.

After my orientation, I can home and de-frosted some chicken crock pot soup.  Here’s what it looked like coming out of the freezer: 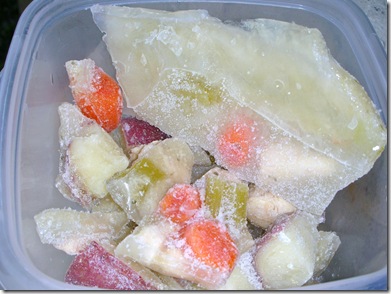 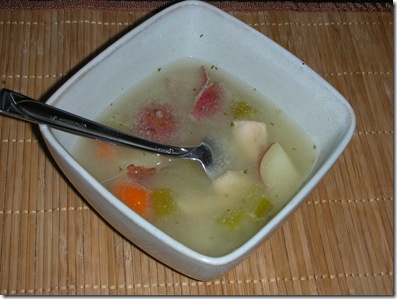 See you for a real dinner later 🙂