Yay! I’m ALMOST done with work for the day!  I did four hours of overtime this morning and wrapped up a document for print.  I was super sleepy from waking up at 6:00 AM to go vote, but now the baby is PDFed and ready to go. 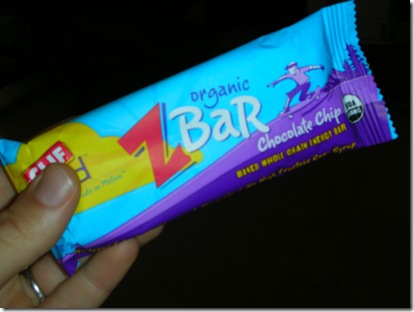 And about 5 – 6 dried apricots.  I love to pull them apart with my teeth and eat the soft center out first. :)  I will probably take four bags of dried apricots with me on my honeymoon to make sure I have something healthy and natural to snack on. 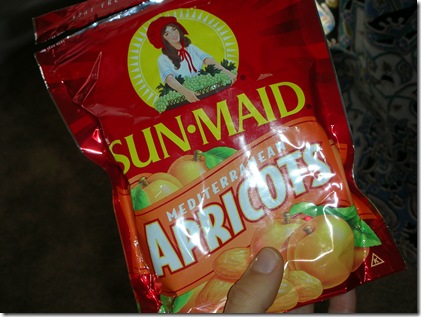 While putting the finishing touches on my document, I had lunch…. which, let me tell you, was AMAZING! 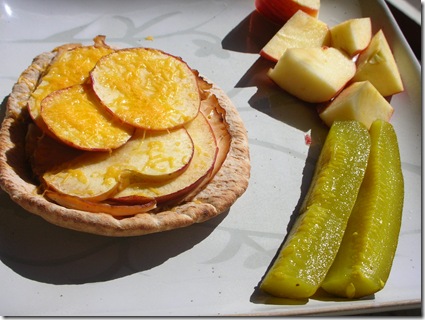 I broiled a WW pita topped with 2 slices of deli chicken meat, veryyy thinly sliced Gala apple, and some extra sharp cheddar cheese.  The apple contrasted so nicely with the meat and cheese. 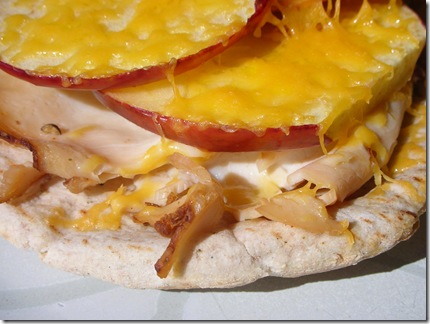 On the side I had two pickles (I’m addicted!) and the other half of my apple. 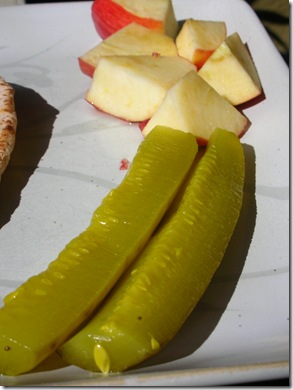 Unfortunately, this lunch was lacking in the vegetable department (I don’t think pickles count?)… so I’ll have to make it up at dinner!

Poor Maggie and James seem SO bored lately.  I usually take them to the dog park once a week, but I’ve been slacking on my responsibilities.

After I finished up that document, I drove them to the park and let them run around while I talked to Future Husband on the telly.

Doesn’t Margaret look like a fat cow grazing in the field? 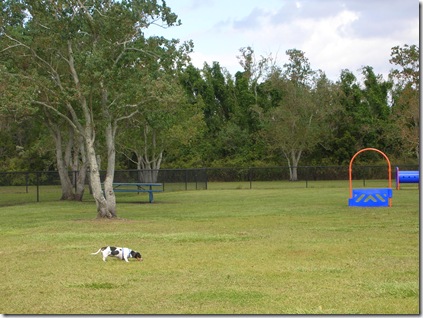 James even played on the equipment a little. 🙂 Well, only because I forced him to. 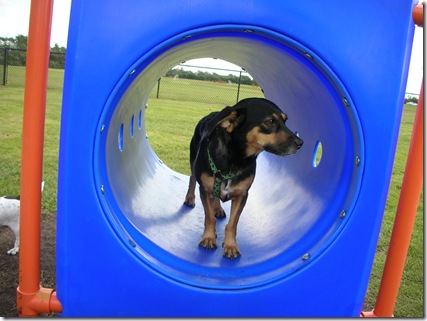 It’s perfect outside…. a little warm, very windy, and not a cloud in the sky!  Everyone should live in Florida during the winter. 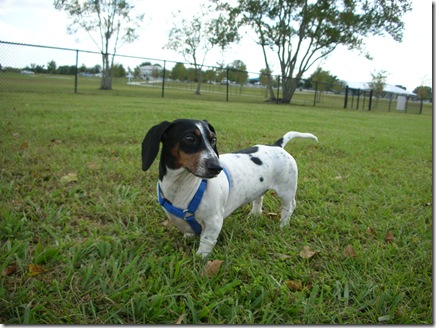 Well, I’ve to go "back to work" for a conference call at 2:00, and then I’m officially FREEEEEEEEEEEEEEEEE for the weekend!

I signed up for a 10K next SUNDAY so I’ve very excited to RACE again.  And hopefully, I can be back to 10 or 12 mile long-runs on the weekends within the next few weeks!

See you for dinner with a run recap!

****REMINDER:  Athleta Contest deadline is SUNDAY at 8 PM EST!  You could win $200 worth of workout gear!