YAY! I voted!  I woke up verrrrrry early this AM, showered, and ate a quick bowl of oatmeal before leaving for the polling place at 6:45 AM.

I just had basic oatmeal with brown sugar and raisins. 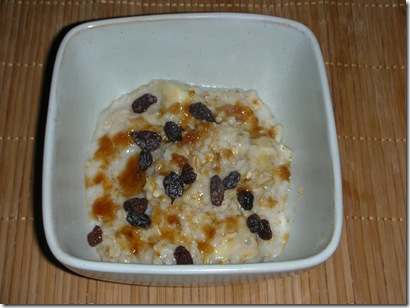 Word on the streets is that people have been waiting to vote in Florida for up to 2 hours, so I wanted to get there before the polling place even opened.

I took my coffee to go. 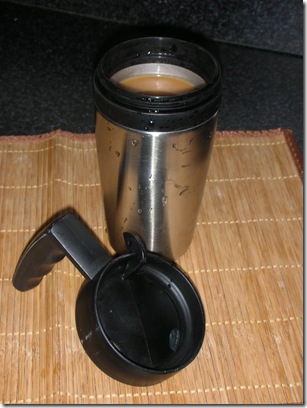 By the time I got to the polling place, the line was already wrapping around the library!  Fortunately, I only waited in line for 40 minutes. In college, I waited for FOUR HOURS to vote for John Kerry, so this was a breeze.

I stood in front of two cool men: one motorcycle-riding 55 year old who told me he’d been voting since before I was even "a spark in my mother’s eye" and a big mountain of a man originally from the Pacific Islands who told me it was his first time voting.

Voting always makes me a little teary-eyed.  This is going to be a historic election either way, and fortunately for me, I don’t think I’m going to be disappointed this year!

I literally spent Election Night 2000 and 2004 sobbing into my pillow (NOT an exaggeration) so hopefully I’ll be able to be HAPPY on Tuesday for once!  :)  We’re having an election "party" on Tuesday and I’m suppppper pumped to see the results come in! 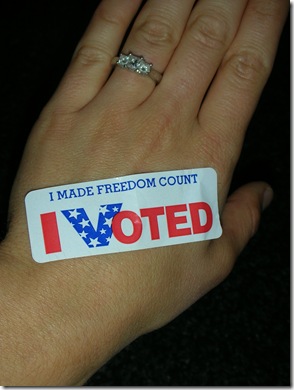 I love how they give out stickers saying "I Voted." I would put money on the fact that no other country does this! Haha!

I’m going to get to work now… today is suppose to be my day off, but I have a massive document to get ready for print.  Hopefully it will only take a few hours!

I think I’m going to switch up my plans and do a LONG run later in the afternoon! I’m feeling motivated!

Have a great day!