First off, I’m glad everyone found my quick thoughts on Motivation to be interesting!  I will definitely expand on this topic tonight, and I’ll respond to your comments when I get a chance.

Secondly, don’t forget about the Athleta contest! $200 worth of sweet workout gear could be yours!

I was craaaaaaaving more savory oats this morning.  My Green Eggs and Ham experiment went so well last week that I decided to give savory oatmeal another try! 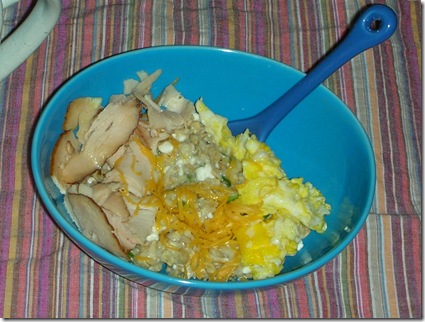 This time, I halved the recipe because my previous bowl of oatmeal was way too large.

"Which Came First, the Chicken or the Egg?" Savory Oatmeal 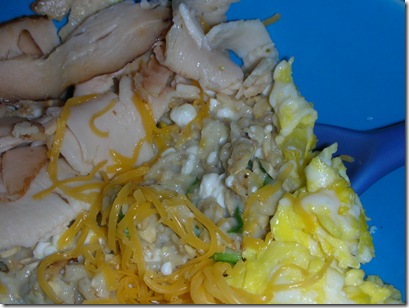 I enjoyed my savory oatmeal with a warm cup of coffee…. of course! 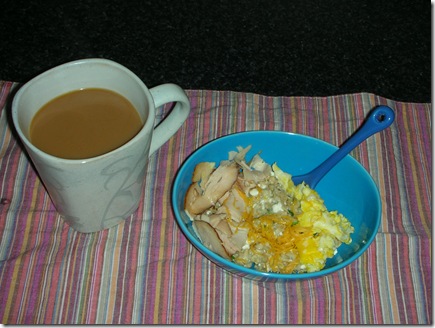 Next post: A Platter Lunch and the Worst’s Most Awesome Wedding Dress