After yesterday’s nighttime posted, when I realized I was in a major calorie deficit due to the Half Marathon, I ate:

My mom and I woke up around 7:30 and tackled the free hotel breakfast. 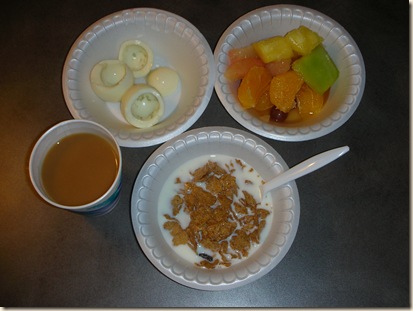 I had a fruit salad, a bowl of raisin bran with 2% milk, and 2 hard boiled egg whites.  And… a crappy coffee. 🙂

On the drive home, I ate a piece of WW toast and PB, stolen from the free breakfast bar. 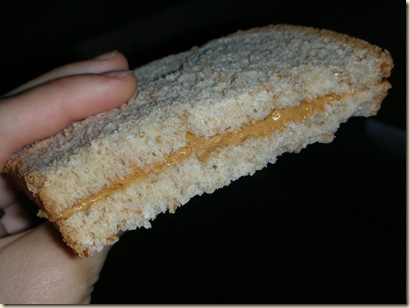 And…. then I stopped at a grocery store for some fruit.  I got chopped honeydew. 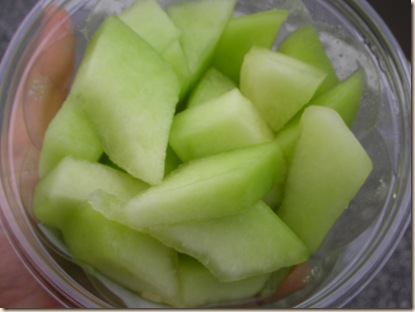 After a loooong 2.5 hour hour, I arrived home! I set to work immediately on organizing a picnic with Future Husband’s two friends and Meghann. I just made 9 subs!!