GOOOOD MORNING! I am getting really excited AND nervous for my race! I definitely dreamt about crossing that finish line last night! 🙂

Time for…. POWER BREAKFAST!  It’s not just the pre-race dinner that counts, it’s the whole day before! 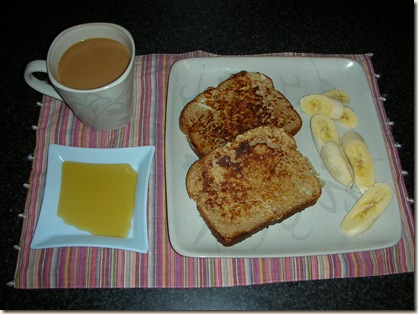 I "healthed up" French toast by using 3 egg whites as opposed to whole eggs…. delish! 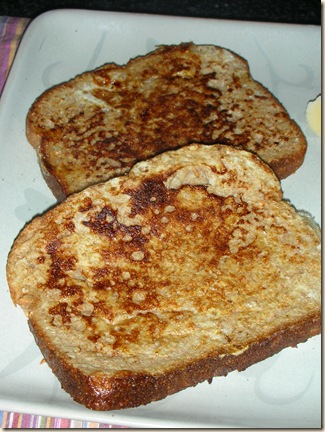 Using egg whites seemed to make the French toast most "crunchy" as opposed to soggy.  I’m usually too cheap to toss out half an egg, but the improved taste was worth it!

On the side I ate my last remaining banana…. time to go to the store! 🙂 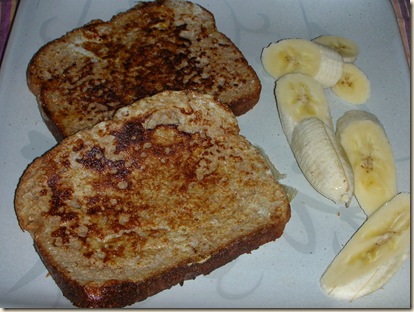 And, of course, real maple syrup for dipping and a coffee.  I feel AWAKE and FUELED now! 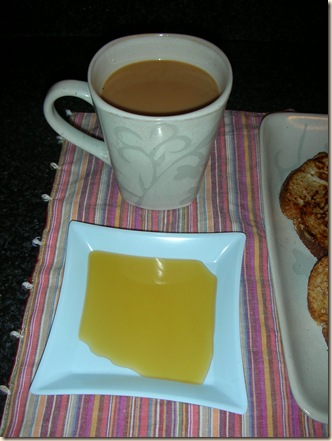 I’m off to my yoga class, and then I’ll be back for lunch!

I’ve never been a diehard practitioner of yoga, but I’ve been known to break into a dogward dog in the middle of my work day in order to relax.  🙂 And, of course, I love to stretch and relax! So far, I’ve tried two different types of yoga:

Yoga has numerous mental and physical health benefits.  It’s a great tool for runners as it increases body flexibility and endurance.  Mentally, it prepares you for physical challenges and releases stress.  Don’t worry about being unfamiliar with the poses; yoga is a judge-free zone! 🙂

Don’t have a studio to go to?  Watch this video to learn some introductory yoga poses to try out after your next run.  They make my legs feel SO limber!

Anyone else out there use yoga as part of a training program?