Coffee Pancakes, Floating, and the Worst Best Man Ever

Future Husband is taking a VERY important exam today at acupuncture school.  If he passes, he’ll get to personally treat patients at clinical, instead of just assisting other doctors.  It’s a difficult test…. so GOOD LUCK, Future Husband!

I woke up a little early so I could make him a hearty breakfast.  We both need brain fuel for today! 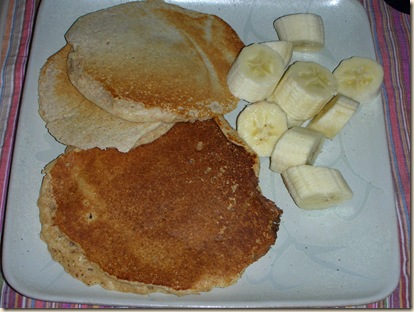 I made pancakes with Hodgson’s Mills InstaBake Mix (love it), and I also had a banana.

I tried something new today — since coffee tastes delish in oatmeal, I figured it would work in pancakes, too!  First, I separated the mix, which I made a little thicker than usual, into two small bowls.  I dumped about 2 tablespoons of brewed hazelnut coffee into one portion, and I cut the remaining batter with some extra milk. 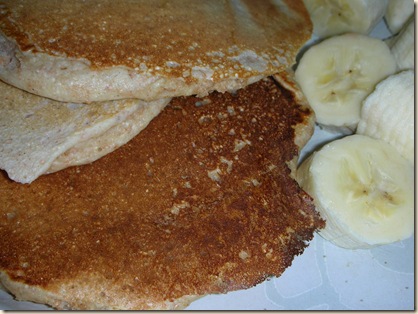 Guess which one was the coffee-infused pancake!  The coffee flavor wasn’t overpowering, but it did add a nice layer of complexity to the pancake.

From above, with coffee + maple syrup for dipping: 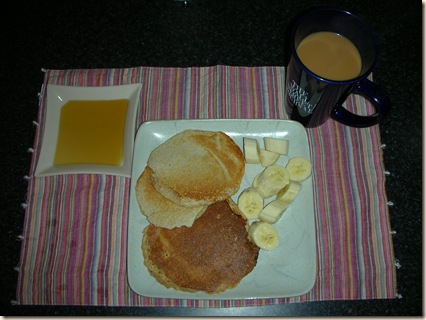 Continuing on the topic of last night’s video post about low-impact water running, here are some interesting facts about the impact of running on land:

On a side note, my knees do not hurt AT ALL from water running! My thighs feel like I got a good workout in, and my arms are heavy, like I lifted weights!

Things I Hope Don’t Happen At My Wedding

That POOR BRIDE! I couldn’t help but laugh.

Have a wonderful day! See you for lunch!