The Early Bird Gets Hungry Earlier

My mid-morning snack consisted of frozen grapes (these always remind me of Posh Spice because once I read she’ll only eat frozen grapes and edamame) and another coffee. 🙂 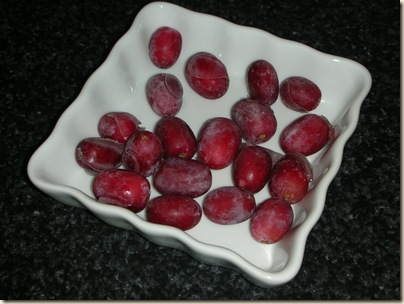 Doubling up on caffeine is always permitted on Mondays, in my opinion. 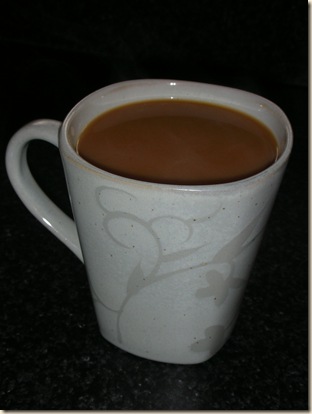 Lunch ended up being quite a mish-mosh of ingredients.  I wanted to make a Black Bean Burger Patty, but with the addition of cottage cheese.  For some reason, my modifications to the original recipe didn’t work and it ended up just being a cooked pile of bean goo (which still tasted yummy)! 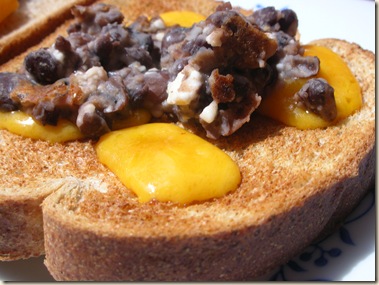 Normal slices of WW bread are around 110 calories each, but these are only 50 (I think they are just smaller).  I melted a serving of cheddar cheese before adding the bean goo for a little extra something-something. 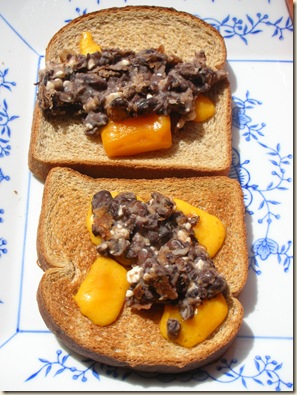 And, on the side, I had the World’s Most Ginormous Carrot, which was really the size of a small child’s arm. 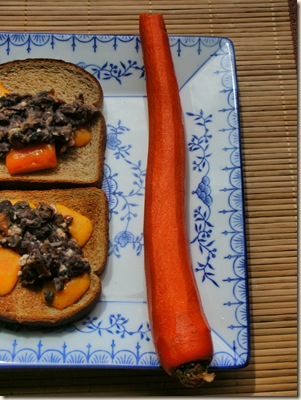 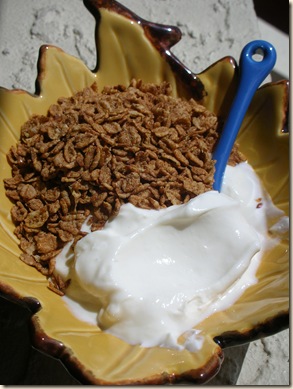 Britney Spears, who I love, admire, and mildly stalk, was suppose to release her NEW SINGLE today.  It’s called "Womanizer" and it’s off her upcoming Circus CD (which will be released on December 2, in case you’re wondering).  I was freakishly excited when I woke up; I had marked today on my calendar and everything! Unfortunately, her label announced that the single will now be released on October 7th.  I guess they are remixing the track. SIGH!

I’m sure I just lost a lot of blog readers by announcing my undying obsession with Britney. :)  But what can I say–she makes really good RUNNING MUSIC!

I’m not sure how long this video will stay up, so enjoy it while you can. :)  Sounds pretty good so far!!