Good morning!  I sure hope everyone slept better than I did last night.  A college friend and I ended up gabbing on the phone for an hour and a half (my ear was burning towards the end)!  I didn’t get to bed until 12:30, but it was nice to catch up! 🙂

My cure-all for sleepiness: a wonderful bowl of oatmeal (and COFFEE!). 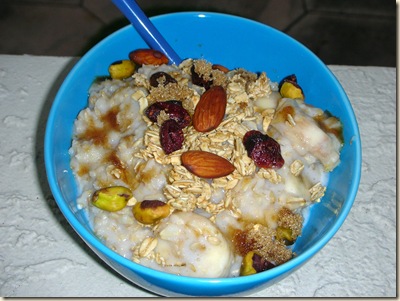 I sure was hungry this morning! Thank goodness for tiny spoons, or I would’ve wolfed it down in mere seconds! 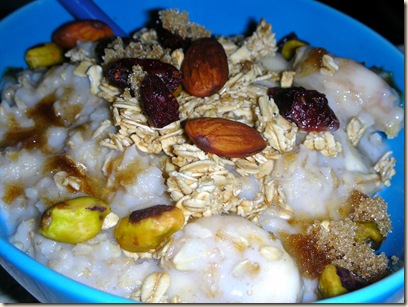 On a side note, aren’t these guys the cutest things you’ve ever seen? 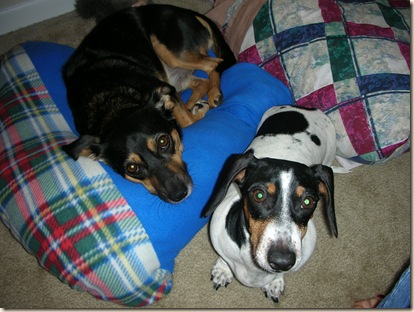 Musings on The Biggest Loser

Ok, I’ll confess it now — I am addicted to The Biggest Loser. I just loveeee watching Trainer Jillian and Trainer Bob (Bob is dreamy).  The success stories are amazing, and it’s great how the producers focus on the emotional reasons why the contestants overeat.  Annnnnnd tonight is the season premiere! Instead of individuals or couples, they are doing ‘families‘–moms and sons, dads and daughters, husbands and wives.  I can sense the drama brewing ALREADY.

Of course, there are some aspects of the show I don’t approve of.  The contestants eat a ridiculously low amount of calories and work out really, really hard.  They also learn QUICKLY that it’s best (for the game) to eat as little as humanly possible, even if it means feeling terrible.

The format of the show also conveys that the primary goal is to lose as much weight as fast as possible.  A focus is on the lowest possible weight, not a healthy weight.  Some of these contestants do need a drastic life-changing intervention, but perhaps this sets up a unrealistic expectation for people in the "real world"?

Also, the show focuses on gimmicky diet tricks–100 calorie packs and diet versions of food.  One of the reasons why I respect Trainer Jillian Michaels so much is she dropped out of the show for two years because she disagreed with some of the crazy weight-loss practices.  She also refused to endorse a microwave-able Ziploc baggie product because she was concerned about leaching plastics into food.  VERY COOL! Love her!

Still, overall–I think the show has a generally positive message.  It motives many people to get healthy AND I think it helps a lot of people stay on track.  Plus–it’s oh so entertaining! What do you think of The Biggest Loser?