We’ve been glued to the TV for hours watching a Heroes Season 2 Marathon.  TV marathons are much more relaxing than running marathons. 🙂

Future Husband offered to make dinner, and I jumped at the chance to stay out of the kitchen!  He decided to make a yummy stir fry with a twist. 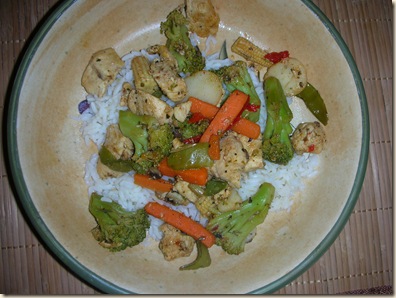 Instead of using a traditional soy sauce- or peanut sauce-based stir fry, he used Anne’s Organic BBQ sauce.  After cooking the chicken and vegetables, he mixed up the BBQ sauce, a dash of red wine vinegar, some EVOO, and pepper. 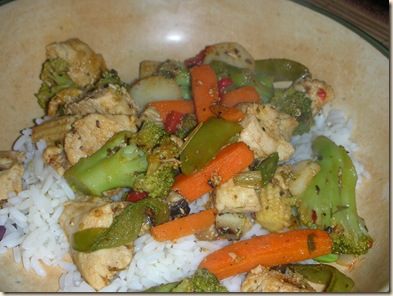 He poured the sauce over the chicken and veggies and fried everything up in a wok for another 3 minutes.

The stir fry was divine; however, we had to use white rice as the side.  We’re all out of brown rice…. bletch! 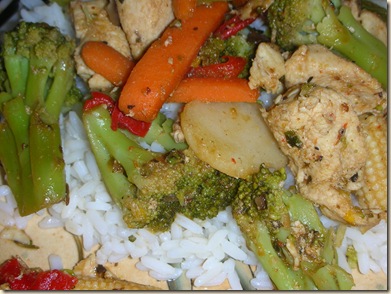 After dinner, I was cravvvvvvvvvvving something sweet.  I have been totally overdoing on dessert lately, so I stuck with NF yogurt, cantaloupe, and cocoa powder. 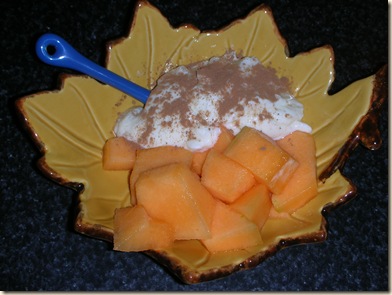 Next post: It’s What’s on the Inside that Counts