on August 10, 2008
in All Posts
“Ask yourself: ‘Can I give more?’. The answer is usually: ‘Yes’.” ~Paul Tergat, Kenyan professional marathoner.
I woke up REALLY motivated to RUN! I love days like this. I did an EASY 6 miles, and I felt like I could’ve gone on forever. Have you ever experienced runner’s high? I think it kicked in around the 4 mile mark. I was so into the groove, my music was blasting, and my legs were just churning on their own! It’s such a powerful feeling to have a great run like that–it’s put me in a good mood that will last all day!
Did you know: In 2008, researchers in Germany reported that the myth of the runner’s high was in fact true. Using PET scans combined with recently available chemicals that reveal endorphins in the brain, they were able to compare runners’ brains before and after a run. The runners the researchers recruited were told that the opioid receptors in their brains were being studied, and did not realize that their endorphin levels were being studied in regard to the runner’s high. The participants were scanned and received psychological tests before and after a two-hour run. Data received from the study showed endorphins were produced during the exercise and were attaching themselves to areas of the brain associated with emotions (limbic and prefrontal areas).
My CamelPack ran out of water around the 5.5 mile mark, so I knew it was time to turn around and head home. When it’s 93 degrees out by 9 AM, you MUST have water to keep going.

Before the run I made 1 cup milk with 1/ scoop Muscle Milk Light…. together, it’s a whooping 16 grams of protein for only 150 calories. I try to avoid “fake food” like Muscle Milk, but I make an exception for pre- and post-workout snacks (sometimes). 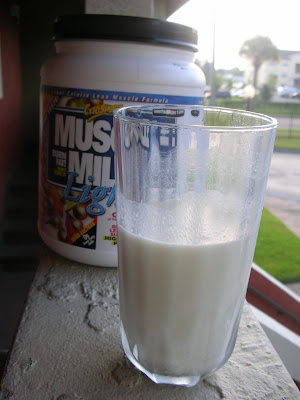 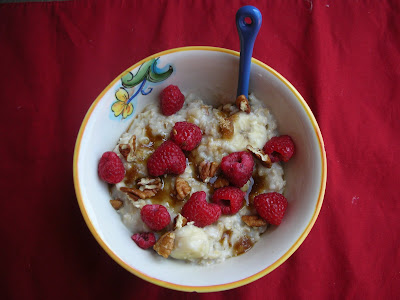 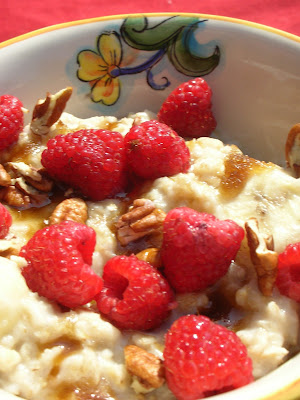 Errand time! Let’s hope the vet doesn’t slam us with a $500 bill (but I wouldn’t be surprised). Have a good day!