on August 2, 2008
in All Posts
today was a whirlwind of activity! i can’t believe my 10k was this morning! i had a celebratory beer at the bowling alley tonight. we played 3 games and as usual, future husband crushed me everytime! arg! i actually had two of these (yuengling, an original pittsburgh-area brew). 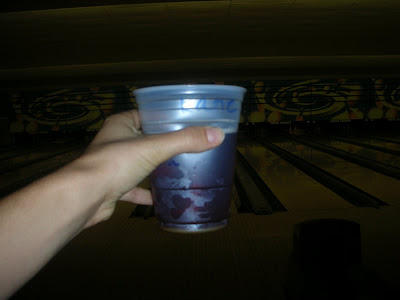 before bowling i made this dinner times four for myself, FH, and our two friends. it was a turkey cheddar melt on WW bread with carrots and grapes. i had a few salt and vinegar crisps as well. 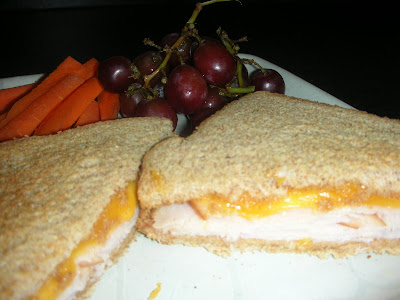 in addition to bowling and beers, we went to a laser tag arena this AM and played a round. i have never played before, and it a surprisingly a good workout and really fun! we were all laughing and sweaty after the 7.5 minute game. these are the kinds of activities you do when you spend all your time with boys! 🙂

after the game we went to crickters arms’, a british pub serving traditional food. FH is british (he moved when he was 16) so he loooves this place! the fish and chips, chip butty sandwiches, and bangers and mash didn’t sound too appealing, so i had a grilled chicken sandwich, fries, and a side salad. i ate about half the sandwich and fries and all the salad. 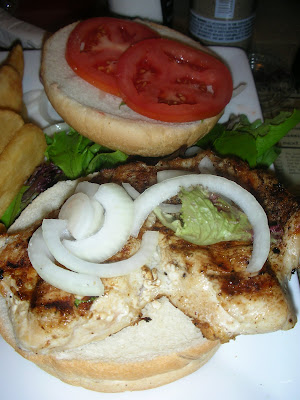 meals like this always come with WAY TOO MUCH MEAT. i gave a bunch of the sandwich to FH! did you know that a standard serving of beef, poultry or fish should be the size of a deck of playing cards? That’s about three ounces, the recommended serving size from the USDA. i also had a strongbow cider with lunch (too much alcohol this weekend!) 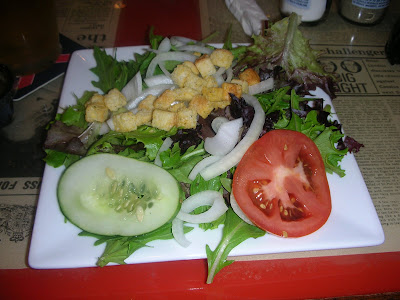 i could not get my appetite under control after the run, which was OK but surprising! i was so hungry! i made this breakfast times FIVE (myself, FH, our two friends, and my future brother in law). it was from the whole wheat insta-bake hodgson mill mix, which is oh-so versatile and is handy to have around. FH actually thinks these pancakes are better than regular ones. on the side i had two slices of turkey bacon for protein. 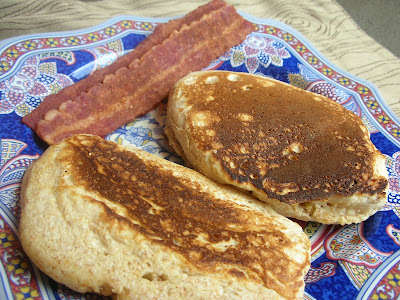 today we’re going to have lunch with our out-of-town guest before dropping him off at the airport, and then i plan to RELAX and enjoy sunday. it’ll be monday soon enough!