How to: Toy Rotation 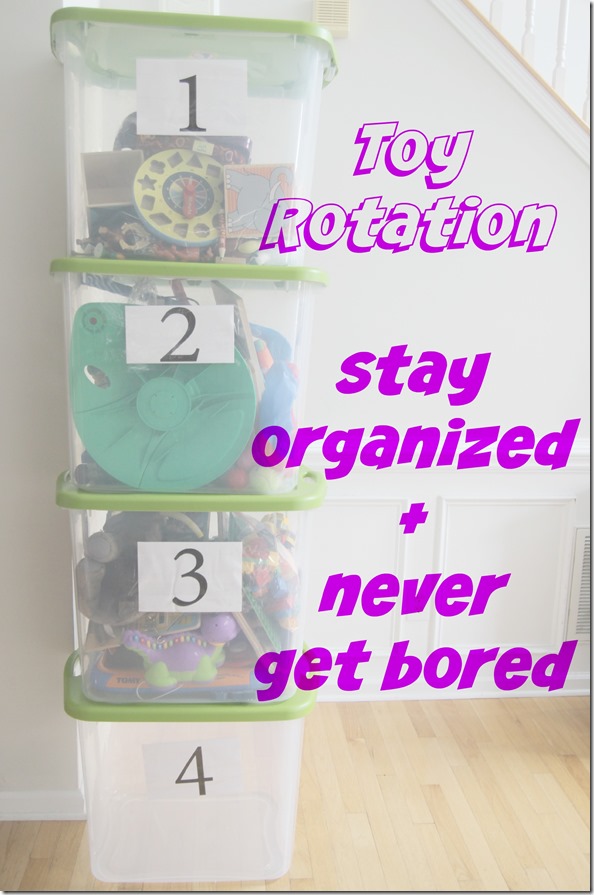 My friend posted a link to an article about an easy toy rotation method in our Mom’s Group, and since then, several of my friends have tried it out with great success.  I decided to also do it after I realized that Henry doesn’t play with 80% of his toys – and he really doesn’t have that many!  His toy space was too cluttered OR his toys were hidden in the back of a closet <—this worked for a while when he was younger and his toys were bigger, but once things got smaller, toys were easily misplaced. 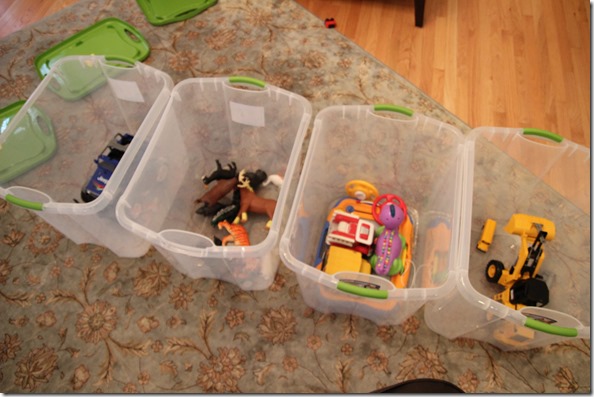 First, I went through the toys and eliminated all the broken or never-liked ones.  I also relocated the too-young baby toys in Claire’s upstairs closet for the future.  Eventually, I’ll add Claire’s toys to the bins, but not for a while.  Oh – and I did this part while Henry was sleeping because I knew he’d get upset seeing me toss a broken tractor.

Then, with Henry’s help, I organized his toys into the bins.  My plan was to leave one bin empty for later, but I couldn’t get Henry to understand that, so I eventually just consolidated two of the bins when he wasn’t looking.  Hah. 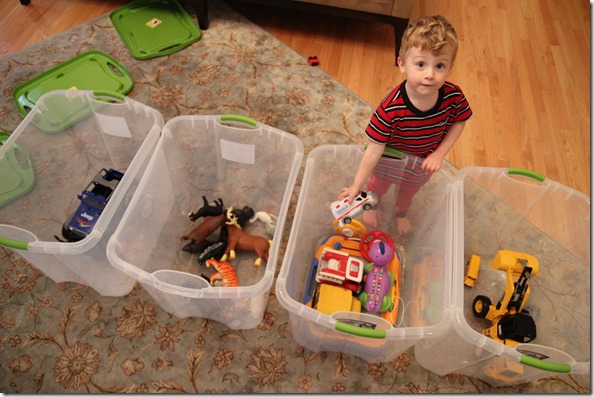 I let him separate the toys out how he wanted, but I tried to encourage him to spread out similar toys (like trucks in all the boxes, not just one; wooden blocks in one box and Legos in another).  The only toy that we’re permanently keeping out is his soccer ball.  I didn’t put his train set into a box, but I am going to rotate that in and out too – while it used to be his favorite toy, it’s losing its luster a bit.  I think it needs to “disappear” for a while.

Then – I numbered the bins.  As I said, #4 is empty so we have room to grow.  The original post suggested labeling the bins with a description of the toys, but I don’t think we have enough to ‘lose’ favorites in the bins. 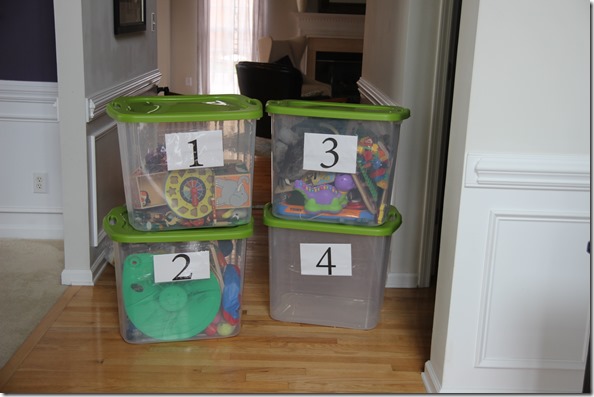 Every week, I pull out a new bin and put away the old one.  So each week, Henry gets “new” toys – and a more manageable number of toys.  Plus, your living room doesn’t look like a toy store exploded, which is always nice. 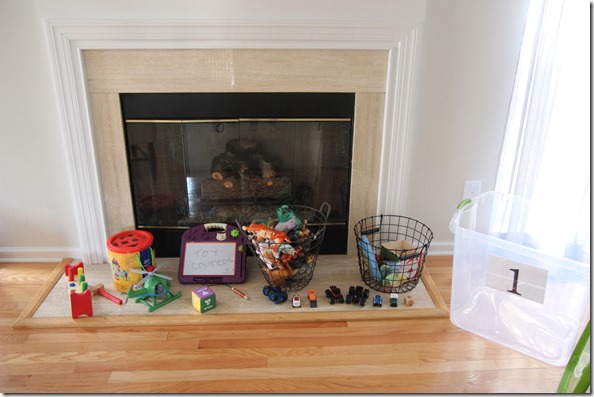 Thus far, this technique is a HUGE hit.  I love how much more organized our space feels, and Henry is playing with toys that he’s ignored for MONTHS and MONTHS!  The reduced number of toys out and about make pick-up a LOT easier for me.  And I think this technique will be a huge money saver down the road, too.

How do you tame the toys at your house?

Next post: The Worst Hair Cut Ever + Book a Week