Oh, it’s such a beautiful day here in Charlotte.  Not too hot but just warm enough. 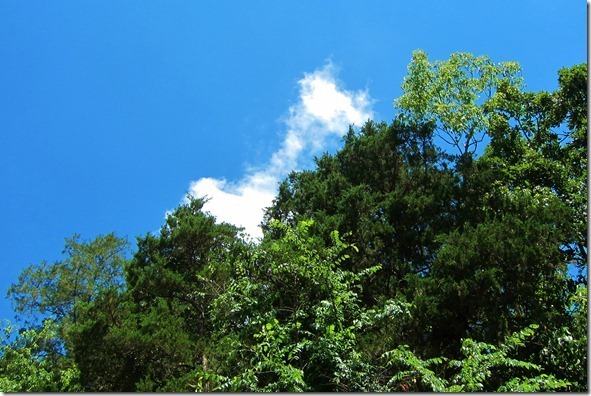 Henry and I sat outside for a little bit in the shade.  It’s weird to think things like, ‘This is pretty much his first time outside EVER!’ 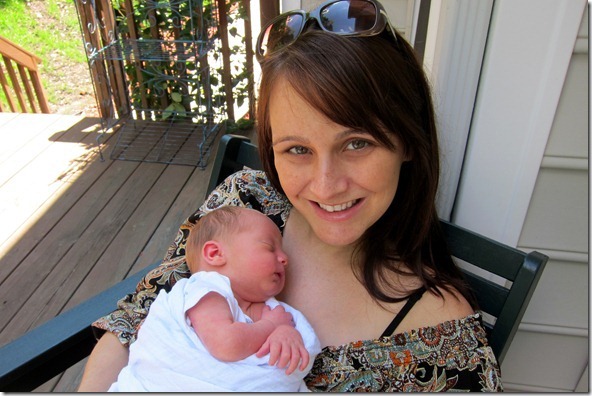 The other excitement of the morning was….

My placenta lady came by to encapsulate my placenta.  If you’re thinking, “Whaaaaat?! Caitlin, you’re crazypants,” here’s the original post in which I talk about my decision.  I know it’s pretty far out there for most people, but it’s in line with Traditional Chinese Medicine practices (which, of course, the Husband is trained in).  My philosophy is that there’s no harm in trying it out – lots of women say it helps with milk supply, mood, recovery, and preventing post-partum depression.  Plus, I take it in pill form; no big deal.

Anyway, of course I will spare you the actual placenta pictures, but it was really cool to watch and learn about.  It felt like science class.  You can look at a placenta and know all sorts of things about the pregnancy – a few spots on mine were turning white (calcifications), a sign the placenta was ‘dying’ and that Henry was really ready to be born.  Also, my pregnancy was very oddly shaped and had an extra ‘tail’ section – both the delivery midwife and the placenta specialist commented on it and said Henry could’ve had a twin really early on in pregnancy.  No idea if that is true or not, but very interesting indeed. 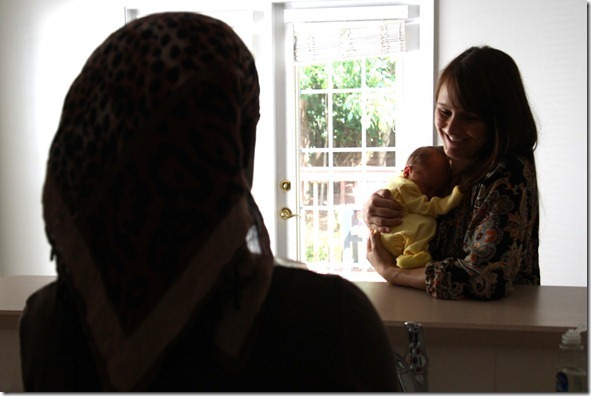 The human body really is pretty cool, isn’t it?

Would it be awkward to transition to lunch photos now?  Hmmmm…. 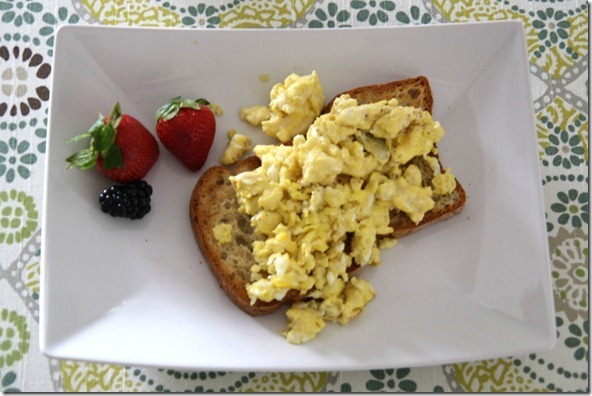 And hummus sammie, sweet potato, and a salad. 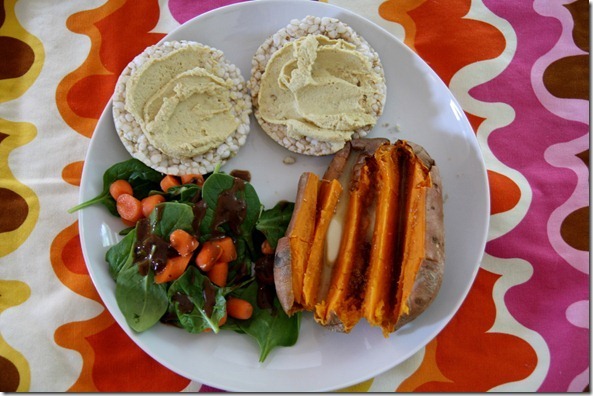 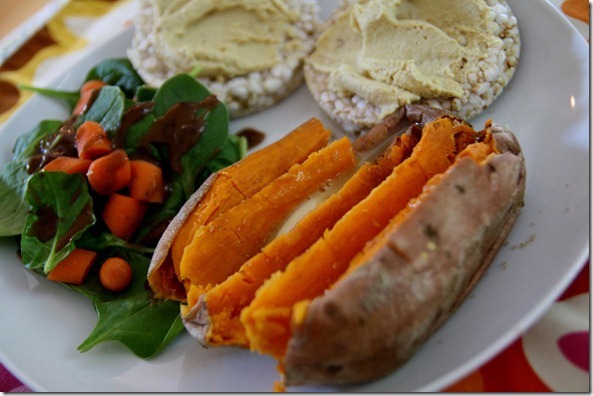 In case you’re sick of baby talk (oh God, and now I’ve subjected you to placenta talk, too!), here’s your weekly For Your Reading Pleasure round-up of interesting articles that I found on the Internet this week…. Except I was out of it for most the week, so I only have one article to link to!  However, it’s a really good one. 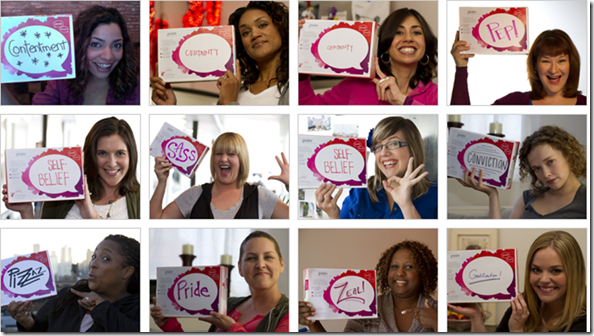 In summary, Special K (who, of course, promotes the Special K diet, a huge money-maker for the cereal giant) has announced that they will be using women with BMIs up to 29 as models for their new campaign.  A BMI of 25 – 29.9 is considered overweight.  Special K says it’s because they want to encourage a ‘responsible attitude about body image’ and show that the important part of losing weight is ‘how it makes you feel.’  The author of the article says the concept is cheesy but a step in the right direction, as it portrays a more realistic image of women.

I guess I’m jaded and cynical and see it as a marketing ploy (yay, publicity!), but I do think that images of women of all shapes and sizes in the media is important and admirable.  But – at the end of the day – we’re talking about the freakin’ Special K diet, which I don’t think is necessarily the healthiest concept in the entire world (focus on fake food over ‘real food,’ gimmicky concept, etc.).   What do you think about Special K’s move?