Hello, Ground. My Name is Caitlin.

I have been putting this off for about two weeks…  I HAVE to learn how to use clip-in shoes on my bike.  The thought of being attached to my bicycle and falling over is really scary!

Most cyclists cannot believe I rode a Metric Century (race recap) without clip-in shoes.  Clip-in shoes make it so much easier to pedal because you can lift the pedals up, not just push them down, which makes you go faster.  My upcoming Century finally lit a fire under my butt to figure it all out.

I spoke to Dad (the bicycle guru) and he recommended I try practicing in a door frame.  So, I woke up early this morning and hung out in my kitchen for a while: 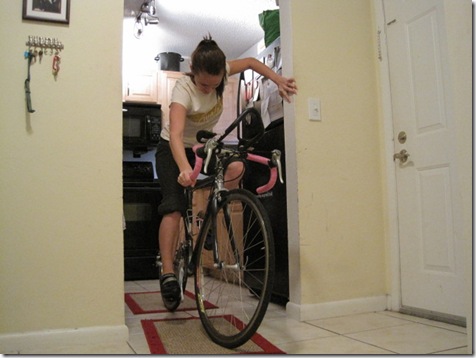 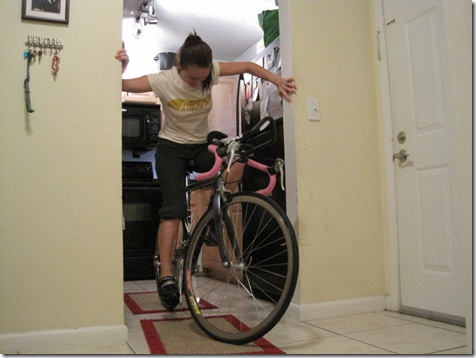 It took me a while to figure it out, but soon, I got the hang out it (you have to be really aggressive and jam your foot down).

I was feeling quite confident until I realized that if I was on the road, I would have nowhere to put my arm and balance (duh).

Next, I decided to take my bike outside and practice on the grass.  I figured if I fell down, it would be on the grass and wouldn’t hurt so much.  I only ended up falling down once before I got the hang out it!

I also then realized that I don’t need to unclip both of my feet when I stop. Only having to clip in one foot made me feel a lot better, so I started to bike around my apartment complex, practicing clipping in and out on my left foot.

I’m feeling confident enough now to go on a ride once my oatmeal settles! 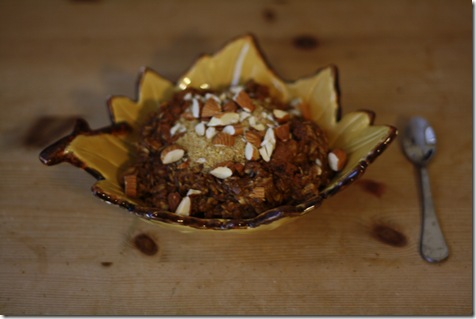 I love English instant coffee! I will be so sad when my stash runs out. 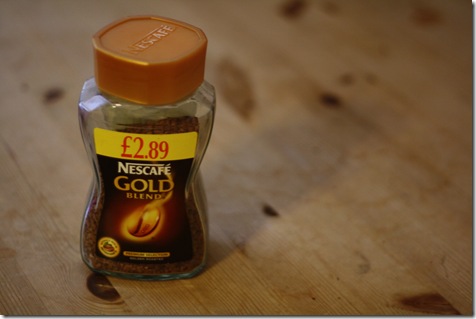 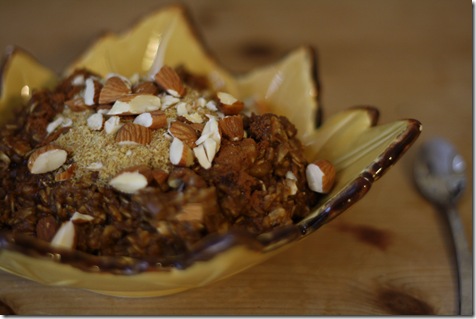 I guess this falls under the motto: “do one thing everyday that scares you.”