I confess. I totally played hookie yesterday…  I really needed a mental health day.  So I left the kids with the sitter and did fun things ALL BY MYSELF.  It was weird, quiet, and glorious… But then I really started to miss everyone and raced home.  Funny how that happens, huh?

Anyway – I got my nails done. 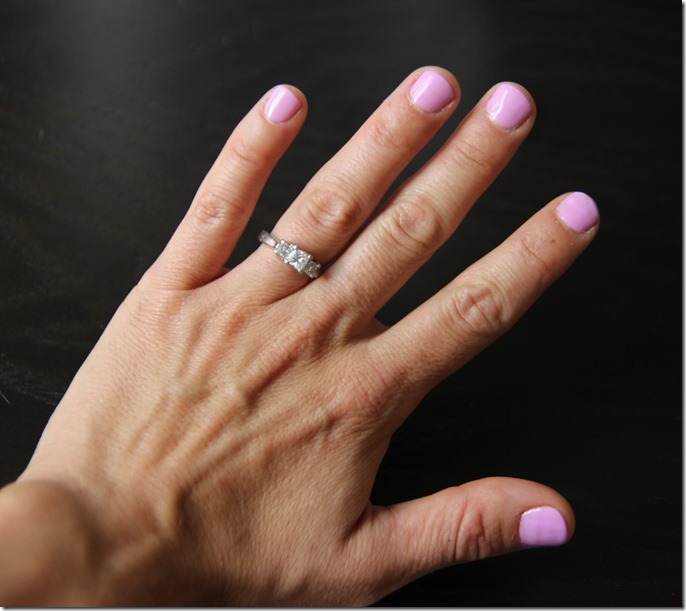 I also bought some new flats.  Does anyone else do this?  I always get a new pair of flats before the fall, wear them to death and destroy them, and then toss them out when the winter season is over.  My shoes see a lot of playground action so they are never nice enough to keep longer than a year. 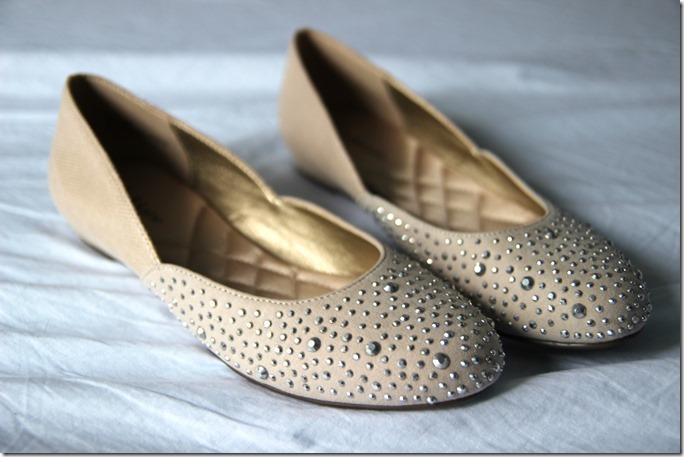 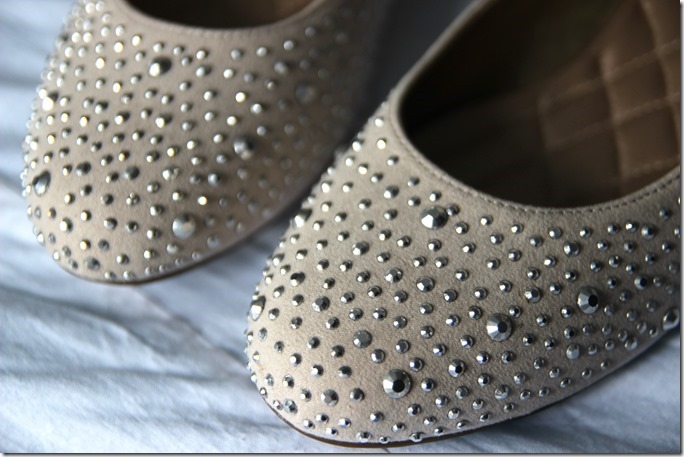 Also, they were the first and only pair that I put on my feet and didn’t immediately want to rip off (how can some flats be SO uncomfortable?!) but only time will tell if they are truly comfy…

And I went to a consignment store and tried on a bunch of clothes that I have no practical use for, like evening gowns and fancy dresses.  Hah.  It was fun.  I loooove consignment shops because you never know what you will find!  I wish this dress wasn’t so small – I really wanted it!  But couldn’t breath or sit down in it so… no go. 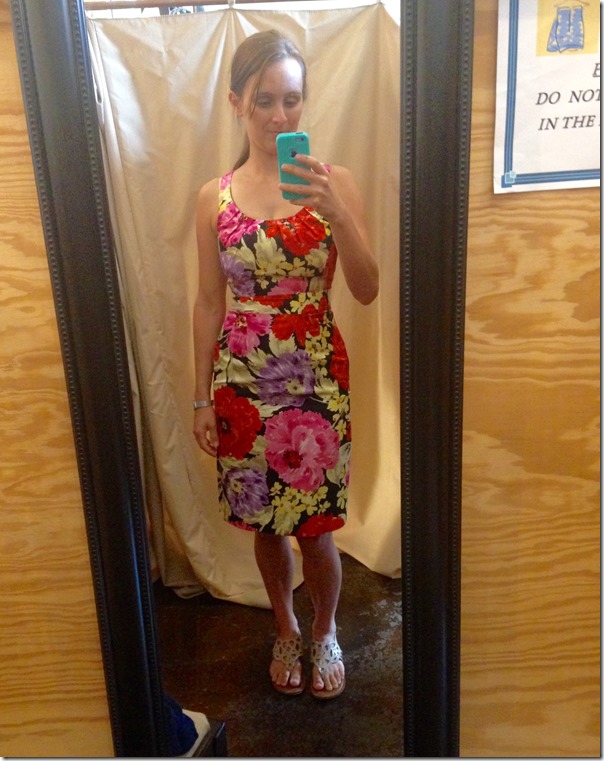 After my solo adventure out, I spent my evening working and trying to catch up on all the things that I was supposed to have done during the day.  Still – WORTH IT.

Hit the gym this morning and did a little strength training. 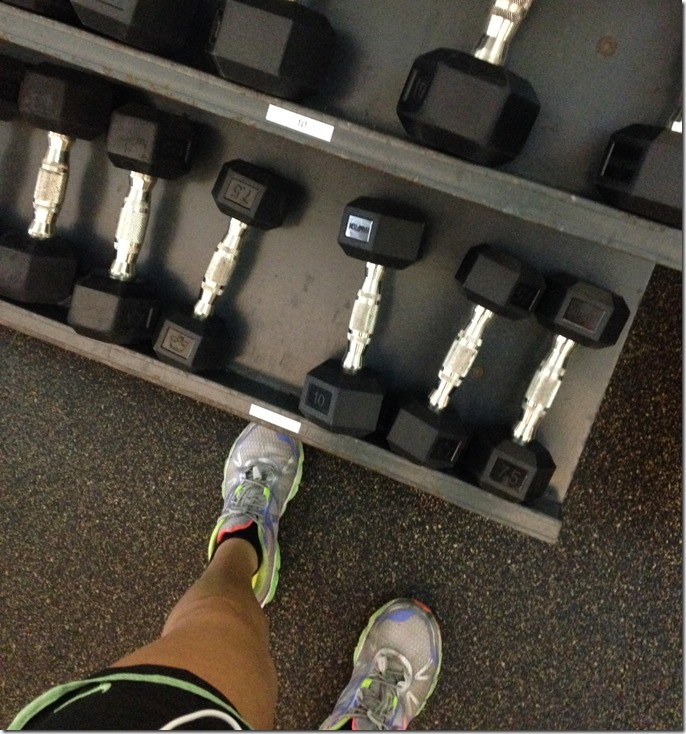 Do you guys remember how my knee/leg was bothering me before my triathlon? Well, I went to the chiropractor before I left town for the race, and he did some Active Release Technique on me – which made it feel WAY better.  It only started to bother me towards the run of the run, so I was very grateful because a few days before, it hurt even to walk around my house.  It was sore after but never as bad as it had originally been.

But all the sudden, it hurts again!  Boo.  So I’ve been laying off the running and doing other stuff, like boot camp ab day and rowing. 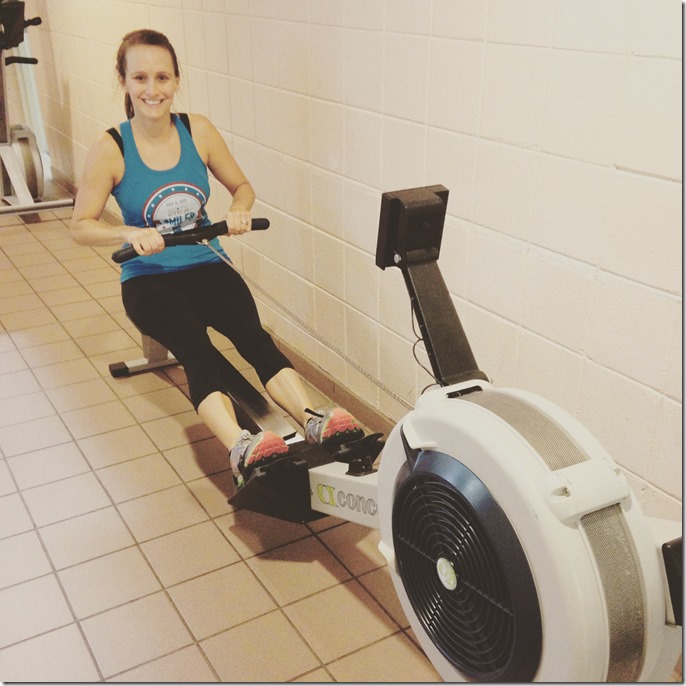 Holy hell.  We did SEVEN HUNDRED AND TWENTY different ab moves during that boot camp class.  My stomach is soreeeeeeee.

And last, but not least, a yummy snack: 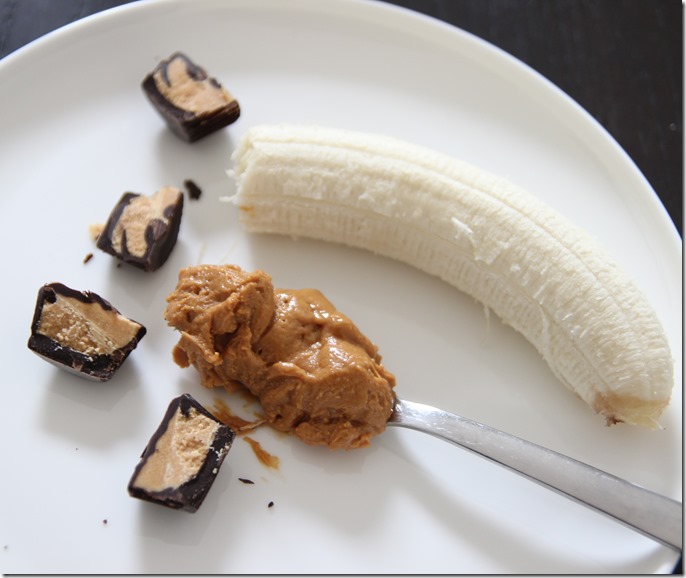 Question: If you had several hours to yourself, what would you go do?

Next post: The New Look of Celestial Seasonings {Tea Giveaway!}