The British Are Coming

It’s been quite a fun week.  The Husband’s grandpa, grandma, and aunt have been visiting since Sunday.  We have had a blast playing board games, going to the driving range, drinking brandy and coke (that’s how grandpa rolls), and eating.  Lots and lots of eating. 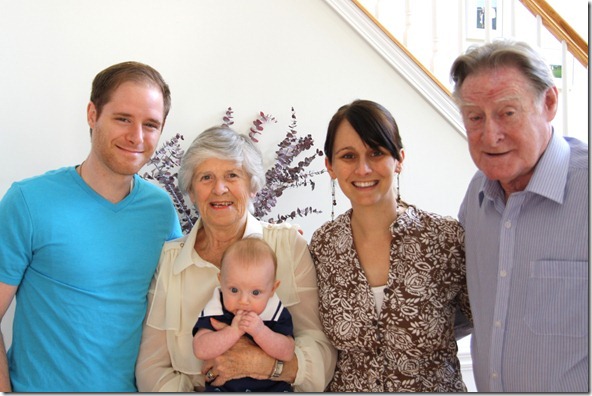 Oh, and lots and lots of chewing and drooling.  It’s been hard to capture a picture of Henry and the grandparents without Henry’s hand in his mouth.  Or a rattle (like this one!).  Or an earnest attempt to fit them both in. 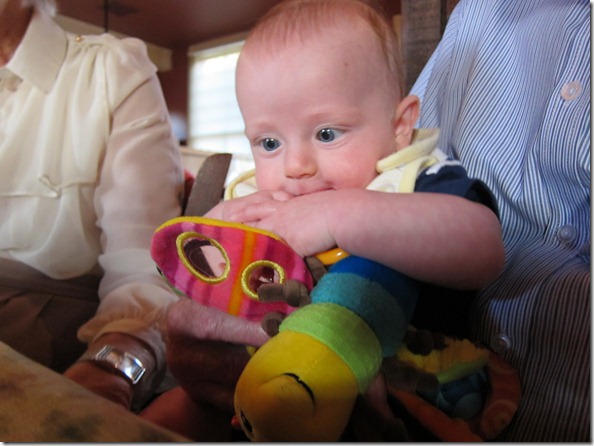 It is, obviously, very special to have the grandparents around – Henry’s great-grandparents!  And it’s extra special because we do not get to see them very often, as there is an entire ocean between us all usually.  This sounds so American, but they are so British (I am sure they think I am so American).  I’m found of you Brits, of course, so that’s a good thing. 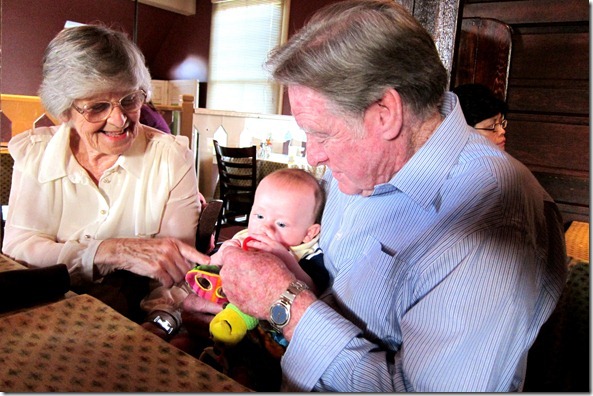 Tonight, we headed out to dinner, which was a nice treat. 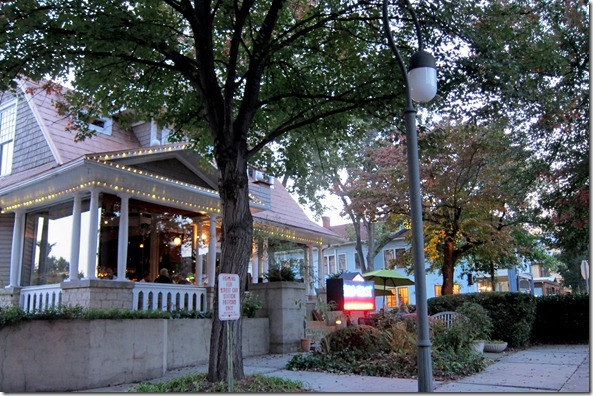 Hummus, beans and rice, and so. many. vegetables.  That is also a very good thing. 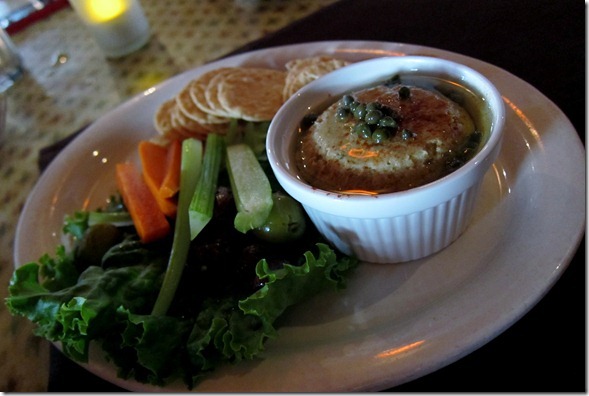 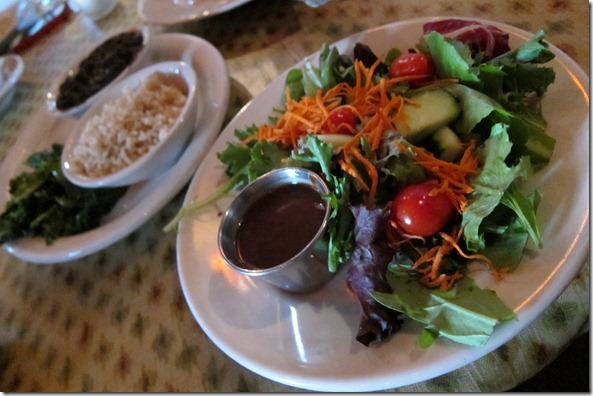 There may or may not be an English cup o’ tea waiting for me in the kitchen.