Another breakfast on ye old card table.  Whoo hoo, vacation mode.  (We’re staying at my in-laws’ Florida home, which is normally rented out but is in between tenants, so there is no furniture.) 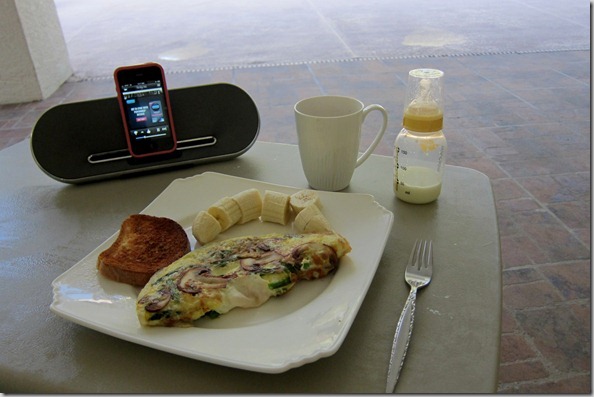 Henry and I play a fun game almost every morning while I cook breakfast, and today, I realized that it’s equally fun for me to play it. 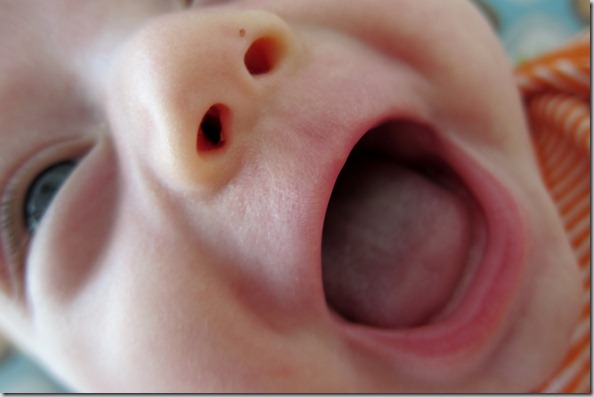 The Smell Game consists of, well, smelling foods and spices.  I say, “Look, a banana” and then Henry smells it (at this point, I just put it under his nose for a few breaths – he can’t purposefully smell stuff yet, of course).  Then I smell it, too.  When he’s older, I’m planning to tell him to close his eyes and guess what he’s smelling.   I never realized how rarely I smell the food that I’m cooking, and it makes the process so much more enjoyable. 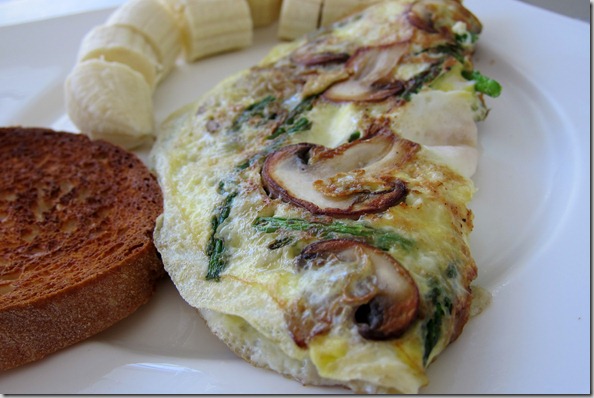 Coffee (AKA what makes mommy a superhero) 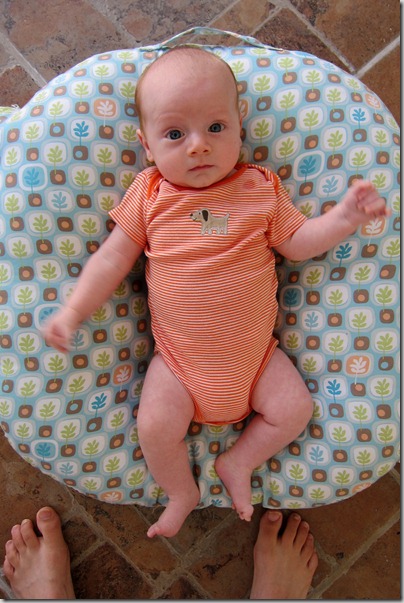 Good smells all around.  Now it’s time for some bad smells (AKA I’m going for a sweaty run!).