This weekend was full of running – running errands, running the vacuum, and a bit of literal running, too.  By Sunday, I was burnt out.  So yesterday afternoon, I locked Henry and myself in our TV room, turned off nearly all the lights, and spent a good five hours cuddling, kissing, playing, and staring at him.  It was pretty awesome. 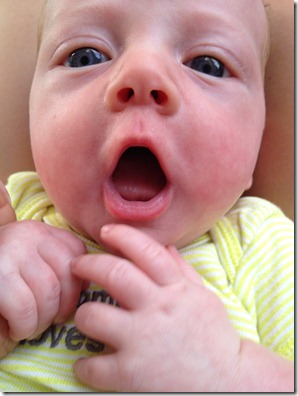 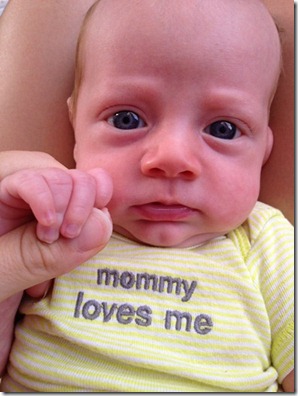 Sometimes doing nothing is the most fun of all.

Last week, I put out a call for prep-ahead breakfast ideas.  Making breakfast ahead of time is super convenient for a new mom like myself, but it’s probably something that we all should do on busy mornings – it guarantees we’ll have something healthy to eat!

Over the weekend, I made Anne P’s peanut butter bars (but skipped the chia seeds and flax because I was out, and I subbed in almond butter) and bought a bag of boiled eggs.  This made for a very fast breakfast. 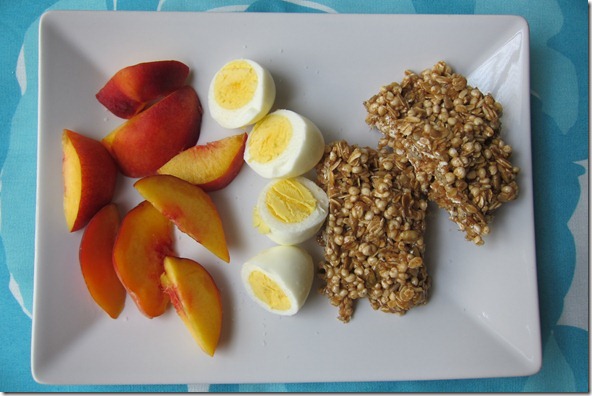 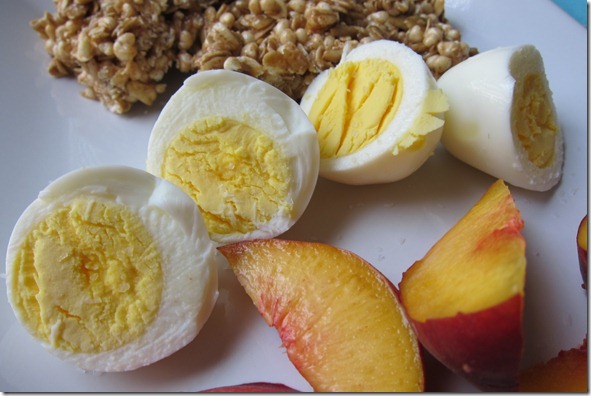 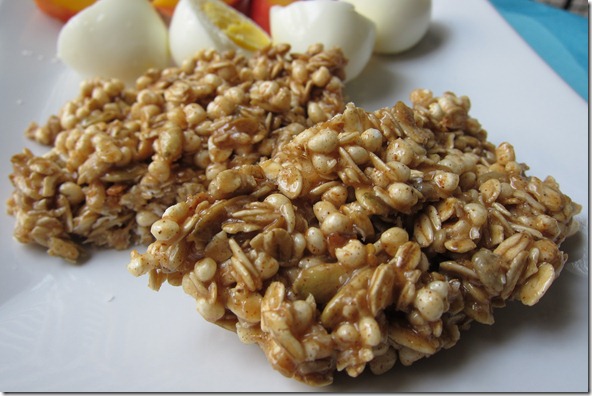 Here’s a selection of readers’ recommendations for other prep-ahead breakfasts.  Yum.  I’m getting hungry again already…

Have a great Monday!