“I Was In The First Ever Girls On the Run!”

on June 5, 2012
in Girls on the Run and Operation Beautiful

A few weeks ago, I posted this picture on the blog: 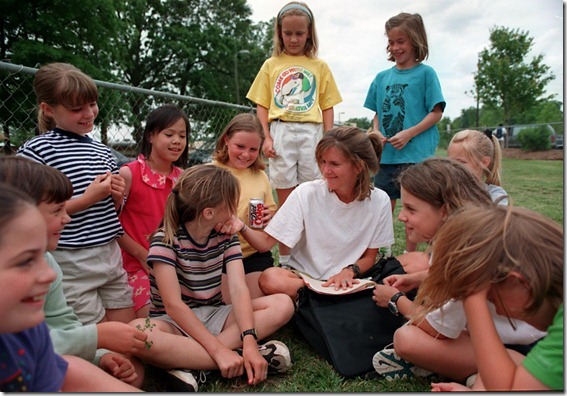 It’s of Molly Barker, the founder of Girls on the Run, and the group of girls who were part of the first ever GOTR team.  While out on a run, Molly had the idea for GOTR , and she worked tirelessly to write a curriculum and bring the program to a local Charlotte elementary school.  In 1997, her dream became a reality.  But Molly and the girls had no idea that GOTR would become a huge non-profit that has since served over a quarter of a million girls in the United States and Canada.

When I shared the image, a Healthy Tipping Point reader named Sarah commented: “Hey, I’m in that picture!” (She’s standing up and wearing a yellow shirt.)  Turns out, Sarah is still living in Charlotte, where GOTR first started.  And since participating, she’s continued running and served as GOTR assistant coach.  I asked her to share her story.

Take it away, Sarah… 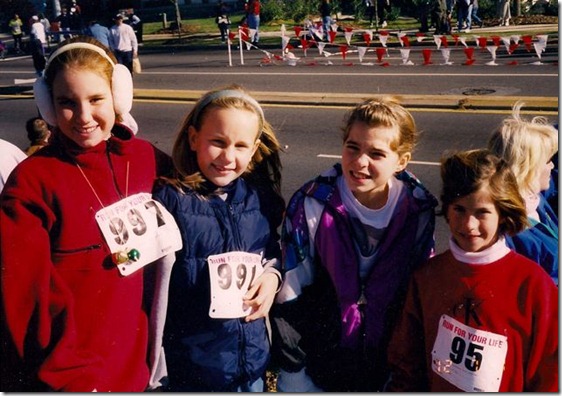 I did Girls on the Run in third and fourth grade, so I was nine and ten. As a kid, I was a major tomboy; so much so that I went through a stage where I wore boys’ boxers instead of girls’ underwear. I loved playing outside, PE class, and playing on the playground. I was quiet and a little shy. I also loved animals and remember wanting to be a veterinarian. My parents also say that I was stoic and determined.

Both of my parents worked, so they were always looking for organized after-school activities for me. They were both running enthusiasts, and I think they thought Girls on the Run would be a good way to introduce me to the sport. My dad also thought that it might help me with other sports down the road. They first heard about the program when I brought a Girls on the Run flyer home from school. My dad called Molly to get more information, and apparently they had a long talk. He hung up impressed with her and her idea, so they signed me up.

The original Girls on the Run curriculum not only included an end-of-season 5K, but a camping trip.  Most of  my specific memories are from the 5K and camping trips.  In general, however, I remember really looking forward to the days I got to go to Girls on the Run. I had a lot of friends in my group, and we liked running around the big track and playing games in the field. I remember at the beginning of the season hearing Molly talk about everyone doing a 5K at the end, but not really believing her that we would. It sounded long!  I also remember Molly’s energy – she was always smiling and always excited to see us. My group was very rambunctious, and I remember Molly’s patience. She had endless patience! She was good with all of the personality types in my group and gave the same amount of attention to the loudest girl as she did to the quietest girl. (I was a quiet girl and appreciated that about Molly.) We all thought she was very cool, and I kind of viewed her as a more fun version of a teacher. 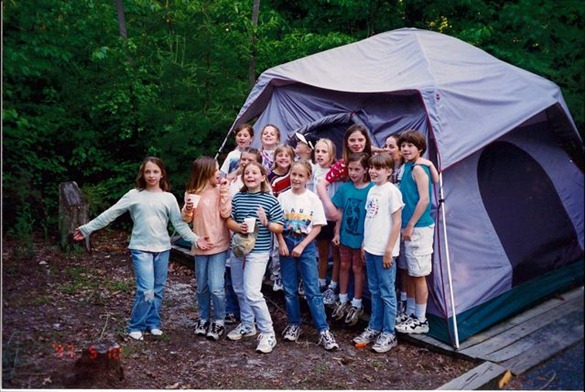 I also started to learn in Girls on the Run that I’m not a very competitive person. By third grade, I had tried soccer and basketball and didn’t really love those settings. In Girls on the Run, however, I had the chance to set a goal for myself (the 5K) and work towards reaching it on my own. I didn’t need a lot of external pressure or competition to thrive – just support, which is what we got in GOTR. I really liked the feeling of personal accomplishment at the end of Girls on the Run, and have since learned that those are the situations in which I do best.

Since we were the first and only Girls on the Run in my two years, we didn’t have a dedicated GOTR 5K as they do now in many big cities. The first year we ran in Charlotte’s Reindeer Romp. I remember showing up with my mom for packet pick-up, seeing all of the people, and realizing that the race was actually going to happen – I think I had doubted that the entire season. I vividly remember the race organizers giving out little bells for us to tie on our shoes and thinking that was really cool (kids really do remember the little things).  I ran the race with my mom, and I remember thinking that 5k was the longest distance! The course seemed to keep going and going. I also remember how good it felt to see the finish line and how excited I was that I’d finished. That’s a pretty great feeling no matter your age or the distance.

Several years after my last season of Girls on the Run, Molly reached out and invited me to run in one of the first GOTR-specific 5Ks. I ran with my dad and was shocked at how much the program had grown and how many people were participating! Then, my friend Caroline (who was also in the original group) and I were assistant coaches our senior year of high school. 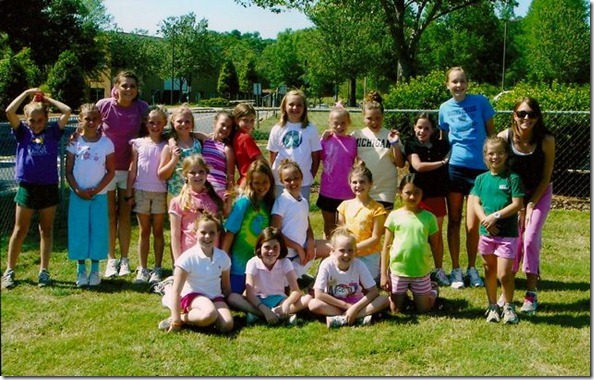 I certainly attribute GOTR to introducing me to running. I think a lot of peoples’ battle with running is mental – they don’t enjoy it and don’t think they can do it. Doing Girls on the Run showed me early on that running can be fun, and it gave me the opportunity to discover what I was capable of. I learned in GOTR that I could run if I put my mind to it, and it could be something I enjoyed.  In high school, college, and since college, running has really been a tool for me. It’s a time to clear my head, spend quality time with myself, bond with friends, gain confidence, push myself beyond what I thought was possible, and accomplish some life goals. I think that showing young girls that running can be fun is a great mission, and GOTR can really set girls up for a healthier future.

Molly has been really great about keeping in touch with several of us from the original group. I have run into her a lot over the years, have heard her speak several times, and have gone to a couple of GOTR events with her to represent the original group. Since I live in Charlotte now, often run into her around town. She is still a role model and an inspiration to many of us.  One of my more recent memories of Molly happened last year when I was training for a marathon – I was on one of my final long runs and was really struggling. It was hot, I was a long way from home, and I really wanted to walk. I was running through a park and crossed paths with Molly, who was walking with her daughter. I thought to myself, “Oh perfect, someone I know and can stop and talk to! This is a perfect excuse to stop and rest.” As Molly saw me, she said, “Hey Sarah! I heard you’re training!” So I stopped to talk and she said, “Oh no, don’t stop, keep going! You’ve got it! Keep going!” and really pushed me on to finish the run. Seeing her at that point was great motivation, and it put my mind in a better place. She was still a little bit my coach, fourteen years after GOTR. 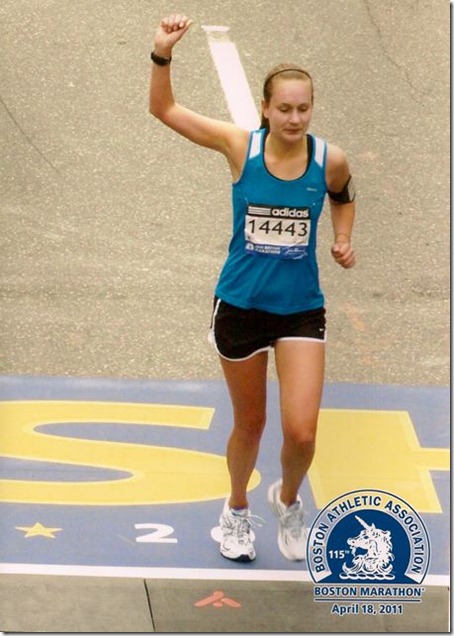 While writing this, I talked to my mom about my Girls on the Run experience, and she reminded me of something I said back in third grade. Apparently I came home from Girls on the Run one afternoon and very confidently declared to her that this program was going to be as big as Girl Scouts one day. I must have known it was something special, even as a third grader.

It has been incredible watching GOTR grow from our first little group into what it is today. I am really proud of and impressed by Molly, and I’m not surprised by how many people volunteer to support her mission. Every time I hear someone mention Girls on the Run, I always want to brag that I was in the first group. It is a very cool fun fact and claim to fame!