It’s been quite the nutty day here.  I didn’t have time to pack a lunch, but I did have time to throw a load of bread, some peanut butter, and watermelon in a bag.  It’s the effort that counts. 🙂 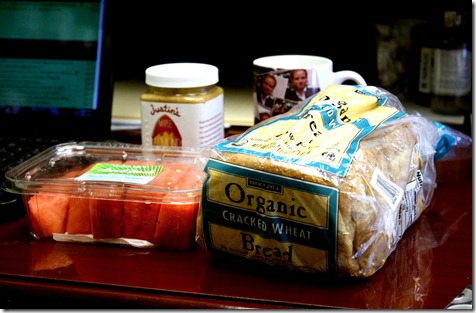 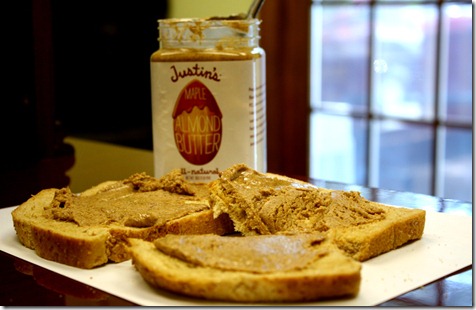 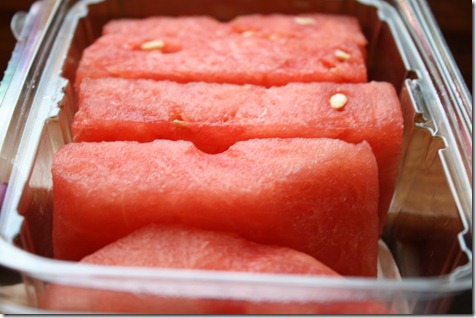 I am currently sipping on some lovely ZICO coconut water.  In fact, after last night’s terrible puking instance, I was soooo disappointed when I opened the fridge and discovered we were out of ZICO.   So I made an emergency trip to the store. 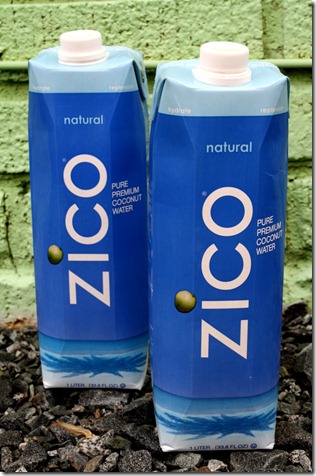 I haven’t really written much about my love and obsession for ZICO, but over the last four months, the Husband and I have both made a real effort to drink 4 ounces (half a serving size; it’s expensive!) of coconut water a day, especially after hard workouts or hot yoga. 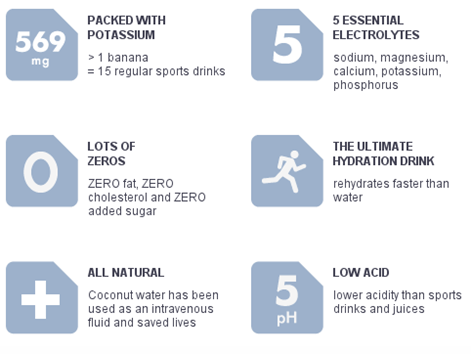 And really, I BELIEVE coconut water works because 1) I’ve never felt more ‘hydrated’; 2) I get less headaches now than before; and 3) I also sleep better when I drink ZICO.

But is this all just in my head?

If you need some background, coconut water is the clear liquid inside young coconuts.  “ZICO concentrate is produced by hand-harvesting the most delicious and nutritious young green coconuts from trees around the world.  For ZICO in the bottle, we’ve selected a unique blend of coconut waters from Brazil, Asia, and Indonesia to achieve a unique, consistent taste, and an even better nutritional profile and lower calorie count.” (Source)

(Side note:  The ZICO website says the plastic bottles are actually more environmentally-friendly than the Tetra packs because they ship over concentrate and fill them with water in the USA.  More places accept the bottles for recycling, too.)

However, it seems that science thinks Gatorade is actually BETTER for post-workout recovery than coconut water because it’s higher in sodium and carbohydrates.  "Even though the belief is that when you exercise you need a lot of potassium, sodium is more important," said Liz Applegate, director of sports nutrition at UC Davis. "When you sweat, you lose a lot more sodium than potassium." (Source)  Coconut water also contains very little protein, which is crucial in a true recovery drink. (Source) 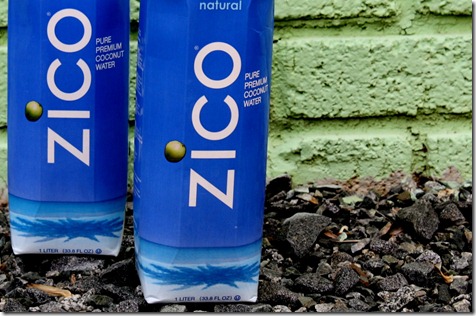 Where does this leave me and my coconut water-lovin’ tastebuds?

Do you drink coconut water?  Or do you think this is simply another health drink craze (maybe!)?  Do you love or hate the nutty taste?