I’ve had an eggplant in our fridge for a few days, but I had no idea what to do with it.  When Megan told me about the Eggplant Pizza recipe on our run last night, and I immediately knew I had to try it for myself! 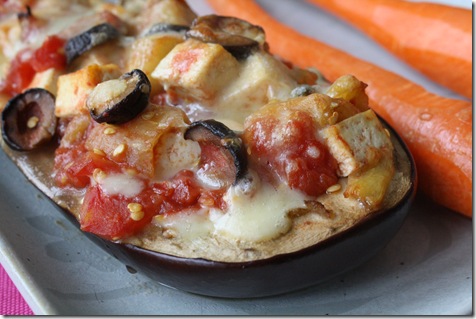 The premises is simple, but Megan has a step by step recipe on her own blog:

Megan used green pepper and sausage in her pizza.

I really enjoyed this WAY more than I thought I would.  And it did taste a little bit like pizza.  🙂 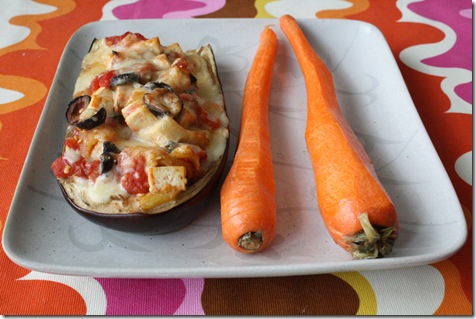 For breakfast, I had a yogurt bowl: 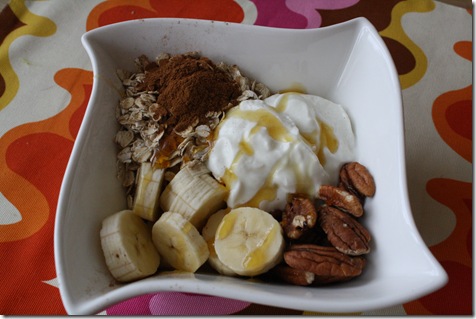 Can you believe that I have NO BIG PLANS for this weekend?  This is the first time it’s happened it a long time.  I’d love to read, write, bike, and relax.  I’m also helping Ryan move to a new apartment.

What do you have planned for the weekend?  Anyone doing any big races?