Although our trail walk was very fun this morning, it just didn’t "do it" for me.  I felt so itchy for activity all day.

Finally, I called our friend Harry and asked if he wanted to go to the dog park (the Husband is out of town watching the FSU vs. UM game!).  Harry suggested we throw around a baseball, which I thought was a very Labor Day-ish activity. 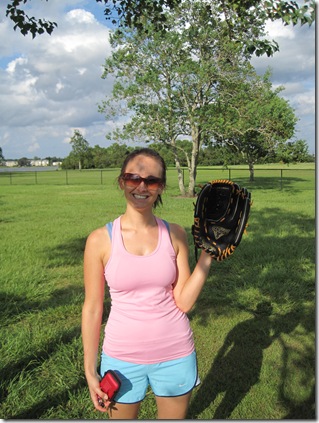 (Same workout clothes as before!  No sense in sweating up new stuff.)

We played catch for about 15 minutes and then we played with the dogs. 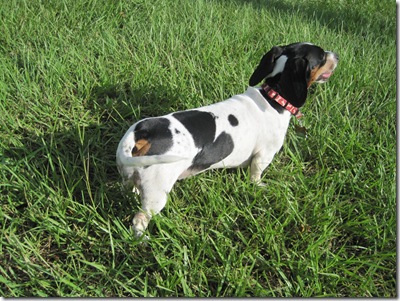 Harry tried to make James do tricks, but…. 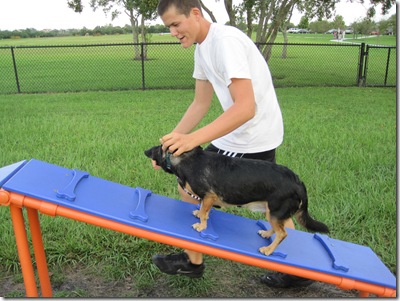 James was NOT having any of that! 🙂 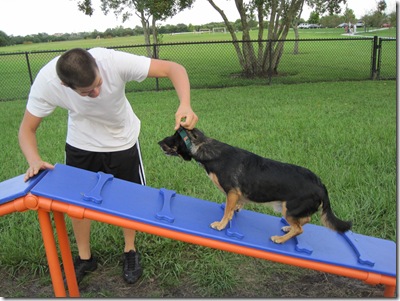 While we were at the park, Harry started to ask me questions about running.  I asked him if he wanted to go on a run and he said YES!  I was so excited to have someone new to run with.

Harry hasn’t run since high school, so we did a walk/run mix.  I was really proud of him because he stayed super upbeat and motivated!  Check out our impressive stats:

I love it when non-runners ask to run with me because I keep hoping I’ll convert someone to the sport (hasn’t happened yet).  Running CHANGED my life.  It transformed me into the person I am today…. I just want other people to see how awesome it is. 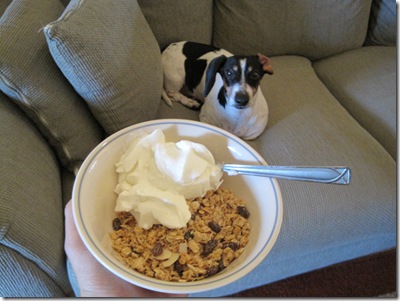 Later, I snacked on some watermelon: 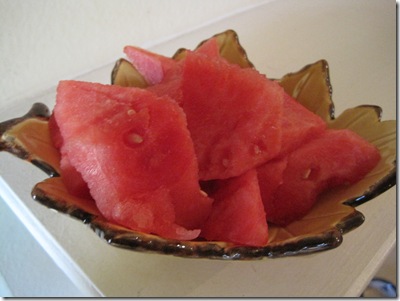 And dinner was a grilled cheese and spinach sammie, corn chowder soup, and an orange: 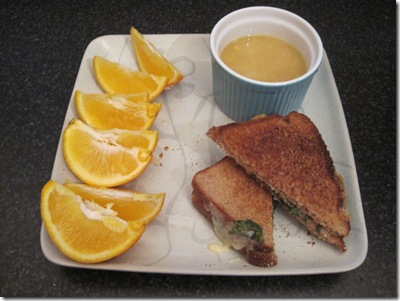 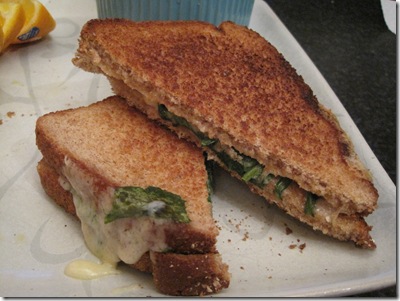 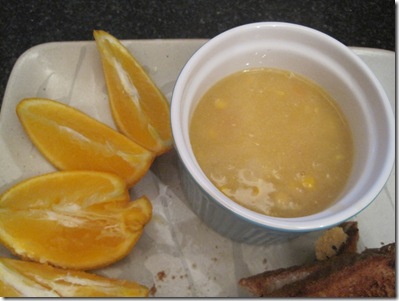 Today is Meghann and my 1 Year Friendship Anniversary!  We met when Meghann contacted me through the blog and said she wanted to meet up.  We went for a 5.25-mile run together and visited the Farmers’ Market… and the rest is history! 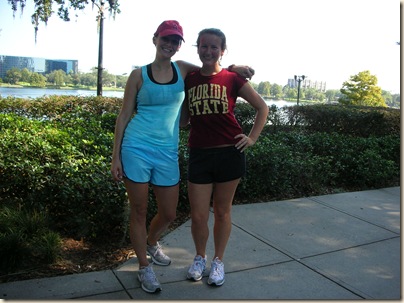 Here’s what I said about Meghann the first time we met:

Meghann was really motivating! I kept asking if she wanted to stop or take a break, and she was like, "Nahh! Let’s do another loop!"

And Meghann commented back:

Yay, I made it on the blog! This morning was so much fun. The Mexican dish I got was amazing, too bad you’re allergic to mango. I can’t wait to hang out again. Yay for new friends!

We raced our first race together a few weeks later… 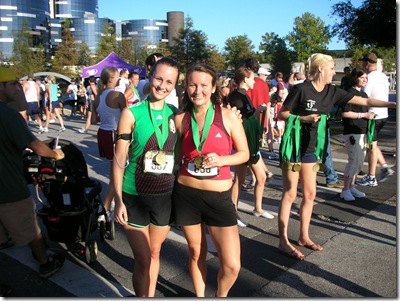 One year later, we’ve run 8 races together!  With many more to come.

We’ve only known each other a year, but I feel so close to Meghann.  She was there when I got married, she was there through all my running successes (and epic failures), and she was there for me while we planned the Healthy Living Summit.  She is fun and wonderful and kind and smart…. in short, she is an excellent friend.  Without blogging, we would’ve never met!