I have a new friend! 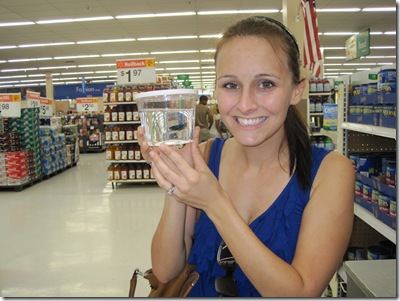 I’m a sucker for the beta fishes at Wal-Mart.  They always seem so sad and lonely.  Our previous beta died earlier this year, and I’ve been wanting to get a new fish ever since.  They are soothing to watch.  🙂 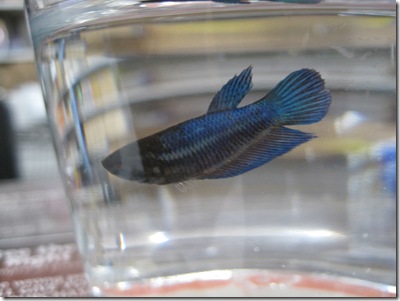 Her name is Bella — yes, as in Bella from Twilight.  (When I named her, the Husband rolled her eyes and remarked he’s married to a 12 year-old.  Whatever. I’m young at heart.)

Before we ran errands, I took a LONG nap.  Long runs are still totally knocking me out, so instead of fighting it, I just collapsed in bed.  I woke up ravenous and made alfredo whole wheat pasta: 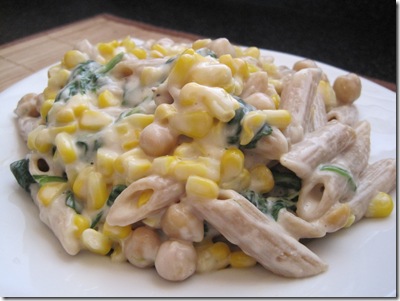 Also in the mix: steamed spinach, corn, and chickpeas.  It was great!

The Husband is going to the Miami vs. FSU game tomorrow (Go Canes!) so we went to the store to pick up some tailgating necessities.

I posted an Operation Beautiful note in the grocery store: 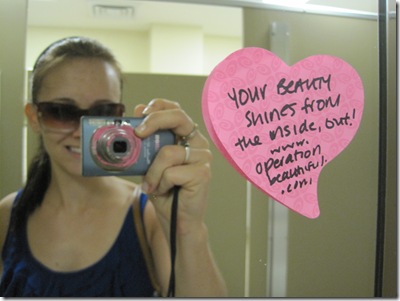 After our tailgating + fish buying, we stopped for ice cream: 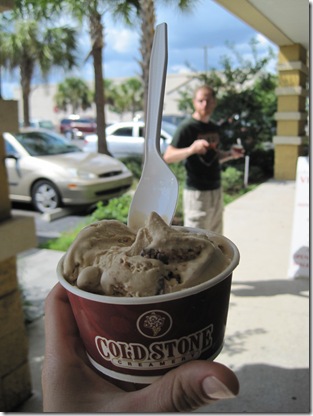 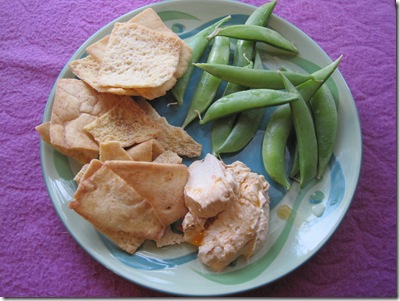 And I think I’m FINALLY refueled.  I felt like a bottomless pit earlier!

Going to put Bella in her bowl.  :)  Have a great afternoon….