Ever since I ate at Small Plates while in Boston, I have been dying to recreate one of their recipes: squash fettuccine! 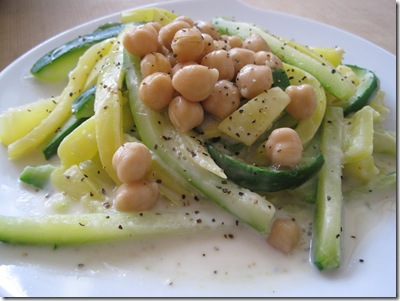 I scraped out the insides of 1 zucchini and 2 yellow squashes, thinly sliced each veggie lengthwise, and then boiled the mix for about 7 minutes. 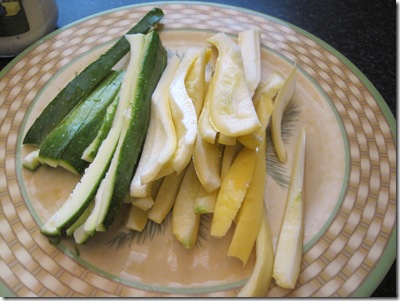 I topped it with some Alfredo sauce, pepper, and chickpeas.  Plus, a side salad: 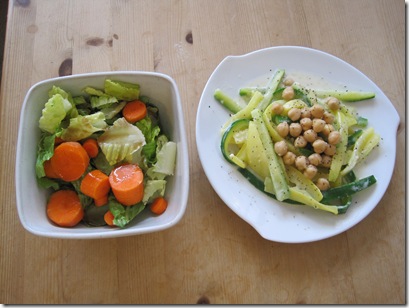 SO GOOD!  It was a fun way to sneak in some veggies.  I’ll definitely be recreating this meal again!

Earlier, I snacked on grapes: 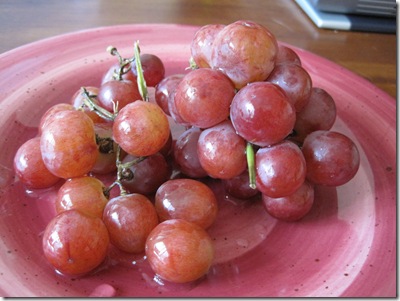 As you know, I’m training for the Disney Marathon with Team in Training to raise money for the Leukemia & Lymphoma Society.  I’m fundraising and racing in honor of my friend Megan, who was recently diagnosed with leukemia.

I’m happy to say that I’ve exceeded my fundraising goal by raising $2,944.00 for the fight against blood cancers.  Thank you to everyone who donated!

I have my first Team in Training meet-up tonight at a local running store.  We’re getting fitted for new running shoes (wahoo!).

A reader named Natalie sent me this recap of her Wild West Relay race.  I thought it was so awesome and had to share with everyone! 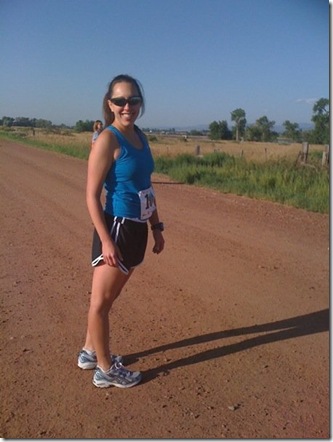 I first heard about the Wild West Relay when a friend attempted to convince me to participate, and I thought he was crazy.  It was November and he was trying to get me to pay $250 and commit to running 20 miles at nearly 11,000 feet, in August of the next year!  It was rumored that he was exceptional at luring people into running races with his group, and that was no story.  Before I knew it, I was signed up and receiving all the group emails for various weekend training runs to prepare me for this endeavor. I have now partaken in the madness for two consecutive years and could not imagine missing out! 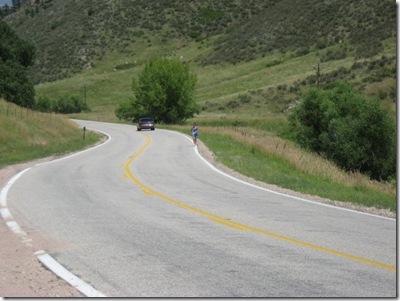 The Wild West Relay is a 200 mile-36 leg relay race from Fort Collins to Steamboat Springs, Colorado.  Both years, our team consisted of 12 people, both male and female, split into two vans, with each person running three legs, leap frog style.  For example, last year I was runner number five, so I ran legs 5 (about 11am), 17 (around 10pm), and 29 (around 6 am). The teams began around 7am on Friday morning and finish by 5pm on Saturday evening, during which one member from your team is always running.  The legs are various distances and elevations, but average about 20 miles total per runner. 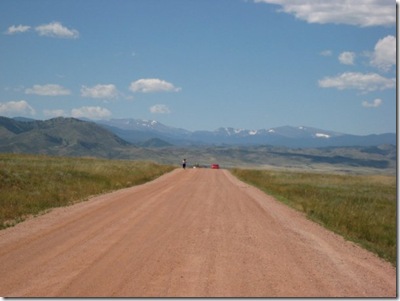 I am a fairly average runner (9 min/mile pace) and have completed races of all distances, from 5Ks to marathons, but this is a completely different experience.  The focus of running is shifted from an individual sport to a team sport, and that is what I love most about the Wild West Relay.  You find yourself trudging up a mountain pass, no other runners in sight, lungs and quads burning, just anticipating the sight of your van of teammates parked on the side of the road to cheer you on.  You are dirty, sleep deprived, and aching, but if one of your teammates needs water or encouragement, you are sprinting alongside to provide support.  Looking back over the last two years, I don’t remember much about the actual running part, and more about the amazing time with my team.

Pretty awesome!  I want to do a relay!