A Taste of the Nation

100% of ticket sales goes to charity, so we were more than happy to buy the Husband a ticket so I could have a date. 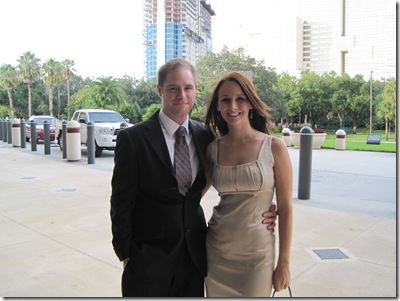 I was informed by the event organizers that vegetarian options would be limited, so I ate some crackers + hummus + grapes before we left. 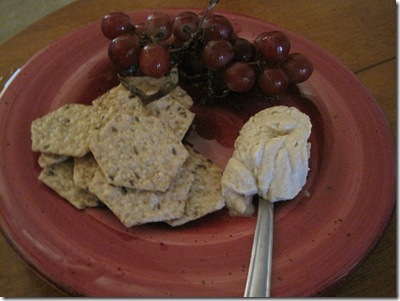 We decided to take a cab to the events because neither of us wanted the responsibility of being designated driver.  Plus, we NEVER get to go out like this!

When we arrived at the convention center, I was taken back by the sheer size of the event: 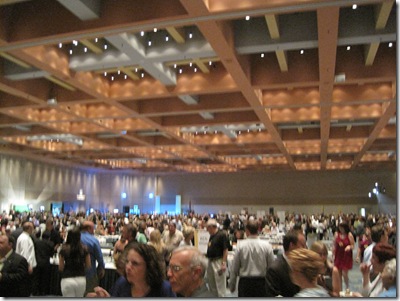 Somehow, we managed to run into Katy and her husband Lucas.  I really like Katy and the Husband and Lucas immediately clicked, so it worked out perfectly.  Love double dates! 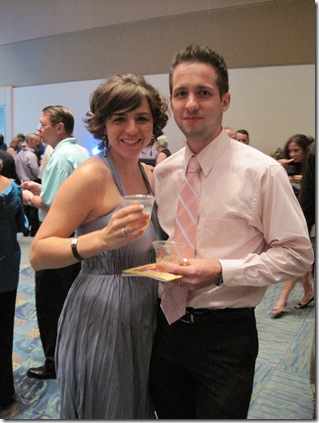 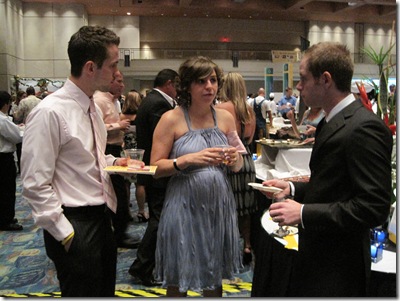 Not going to lie, the first thing I did was grab one of the many wine glasses…. 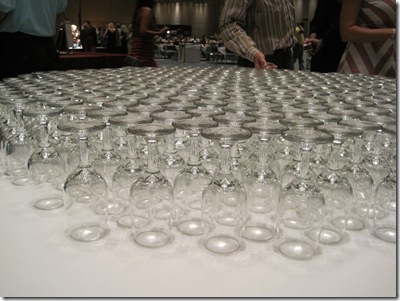 And found some white wine: 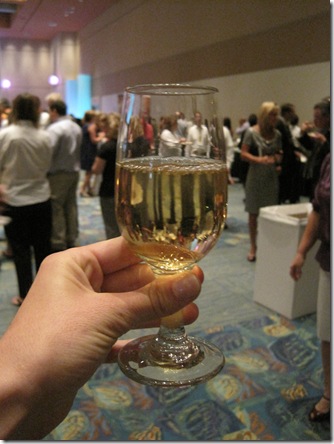 I began to scour the restaurant booths for some vegetarian options, but they were very limited.  That’s fine with me — I don’t expect events like this to cater towards my particular diet (but it would be nice).  At least all the food was pretty to look at! 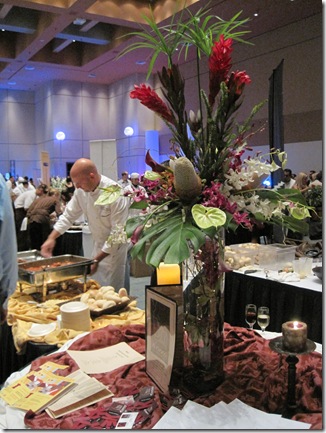 I did find some Spanish rice, spinach and artichoke dip, and bread: 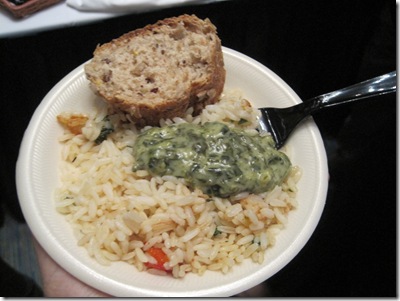 And a cucumber gazpacho, which was yummy but almost tasted like salad dressing after a few bites: 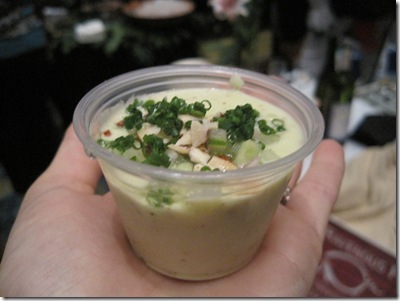 Then, I spotted a beer vendor: 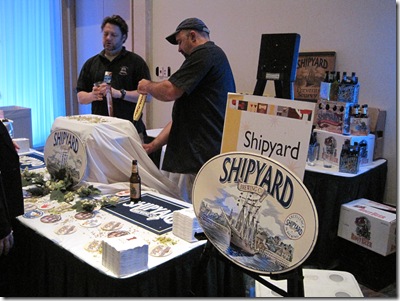 And picked up a blueberry beer.  This was SOOOO good. I would definitely buy this beer again: 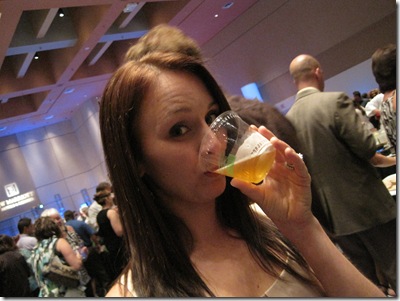 I spotted the cheese booth and literally attacked it!  I love me some cheese: 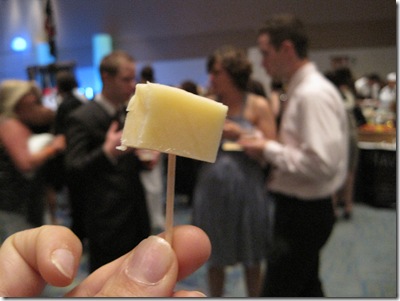 More white (I drank way too much last night): 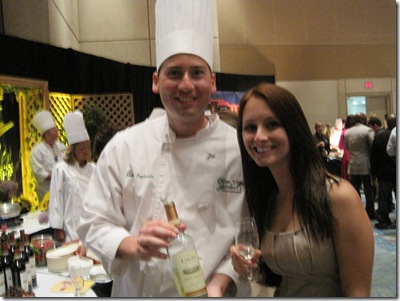 (I swear I was not the only other person dancing).

And more wine (ugh, it seemed like a good idea at the time!).  One of these is a water! 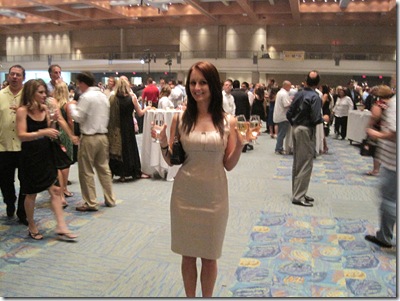 And then it was back to eating some more food!  I eventually found an entirely vegetarian booth and asked for some green tea pasta: 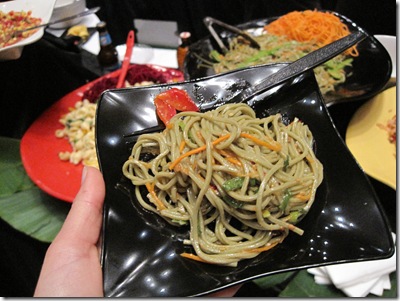 And a red pepper and cranberry "cheesecake" cracker: 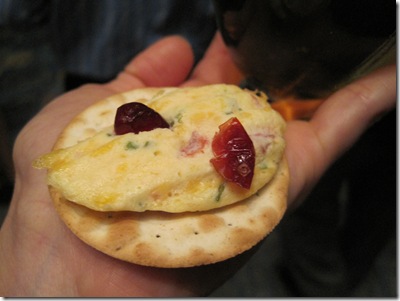 And a fried rice and cheese ball: 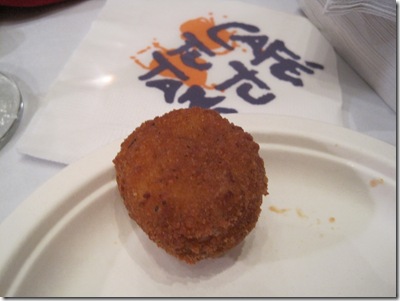 At this point, the Husband actually loosened his belt: 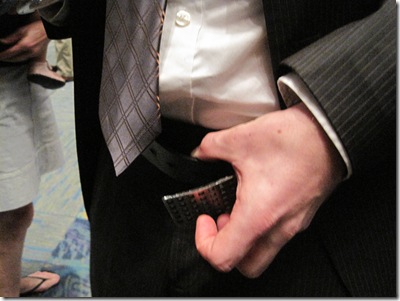 DESSERT TIME!  We split the most amazing carrot cake I’ve ever had: 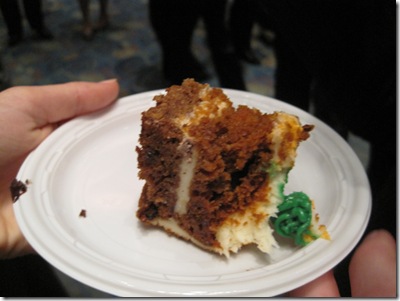 And we waited about 15 minutes in a long, long time to get Banana Foster.  The Husband had never tried it before and he loved watching them light the bananas on fire: 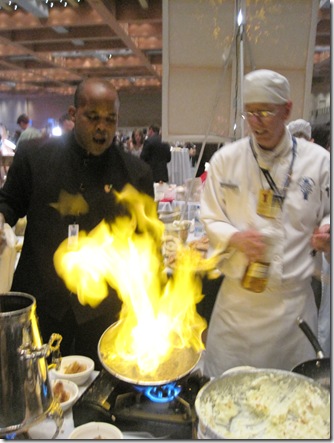 We split the Banana Foster: 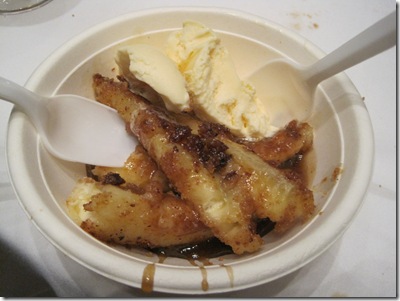 And last (but certainly not least), banana ice cream: 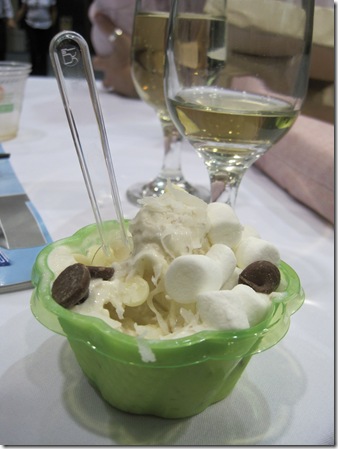 As you can imagine, we were both rather silly by the end of the night: 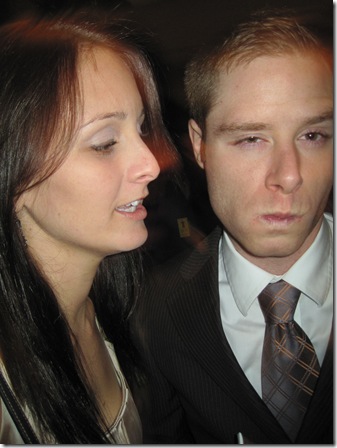 Twas a very fun and indulgent night.  I don’t feel guilty about the amount of food I ate at all.  No one should at special occasions like this!  The food was fabulous and the deserts were decadent.  I do wish I had stopped drinking a little earlier in the evening, though.  The Husband and I slept until 11 AM and now I feel like a million bucks (OK, maybe a quarter of a million!).  🙂

Off to pull my life together!  It’s a rest day on the marathon training schedule, but perhaps a walk is in order.  It’s so beautiful outside!