Happy Birthday, America!  My red-coat Husband and I will be celebrating your independence to the fullest today. 😉

Our anniversary dinner at The Melting Pot was so fabulous.  We honestly sat around for about an hour trying to decide where to go eat — one of the most difficult and annoying aspects of being a vegetarian (for me) is that I don’t want to go to a fancy restaurant to eat $30 worth of cheesy pasta.  I can make that at home for $5!

We chose The Melting Pot after checking out an online menu and discovering that they had a unique and delicious-sounding veggie meal.  Plus, we figured it was OK to spend a lot on vegetables when we’d be getting a fondue "experience" as well! 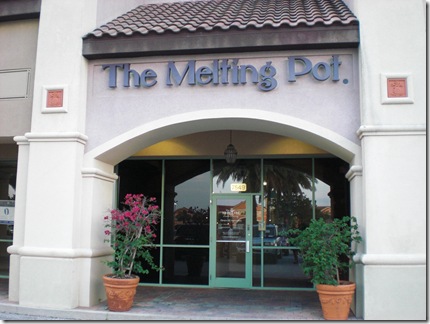 We decided to forgo the cheese and bread appetizer and had yummy salads instead: 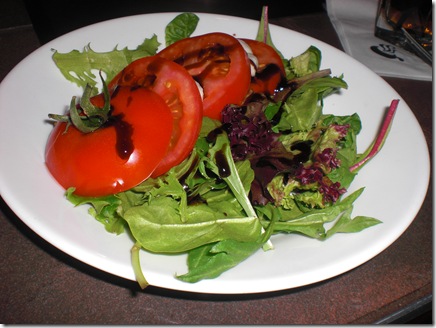 I had the Caprese Salad, which had juicy tomatoes, mozzarella cheese, and a sweet balsamic vinaigrette.

I ordered the Vegetarian Platter for my entree. 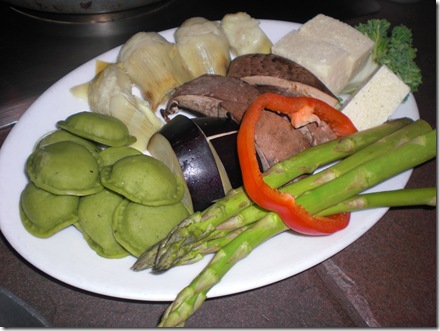 We also had a side of veggies, which included broc, potatoes, and mushrooms: 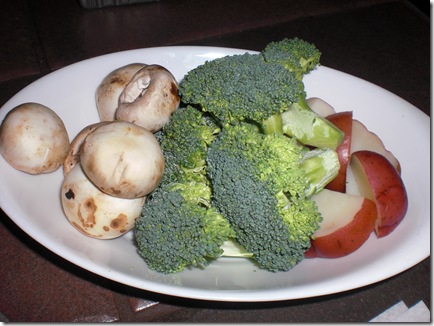 Everything went into a boiling broth called Coq au Vin, which included fresh herbs, mushrooms, garlic, spices, and burgundy wine.  It smelled delish!  (I was just informed by a reader that coq au vin has chicken in it… Dammit!) 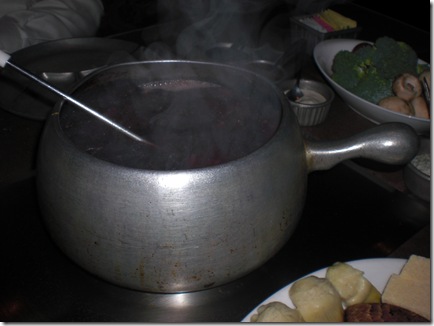 We also had an assortment of sauces — our server brought us about 7 little sauces in some dishes for dipping!  I forgot to take a picture (too busy inhaling the yummy food), but it included a curry sauce, BBQ,  a cream sauce, and more.

After our entrees, I was pleasantly surprised I wasn’t filling STUFFED to the brim yet.   There was definitely room for the famous Melting Pot chocolate fondue! 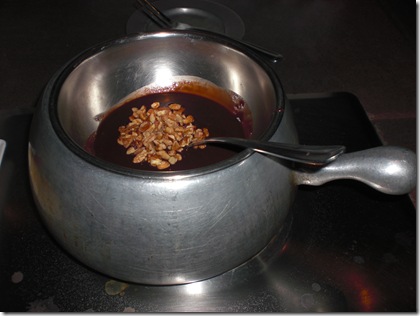 We ordered the Chocolate Turtle (milk chocolate, caramel, and pecans), which came with this amazing assortment of desserts for dipping: 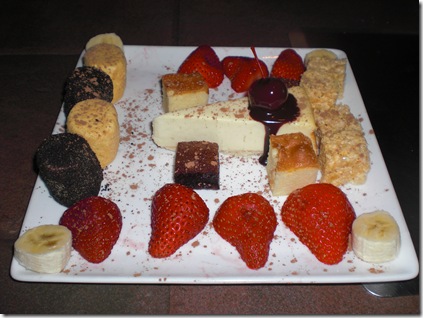 I drew a metaphorical line down this plate and told the Husband he better not touch any of my dippers! :)  The platter included Oreo-covered marshmallows, Graham-cracker marshmallows, bananas, strawberries, brownies, pound cake, rice crispies, and cheesecake.  Drool!

OK — after dessert, I was DEFINITELY stuffed and so was the Husband.  We rolled ourselves home and I promptly fell into a deep food coma.   I woke up around 4 AM with a killer stomachache from eating so many sweets, but let me tell you that every single bite (especially the dessert) was SO worth it.

It’s unsurprising that I was not the least bit hungry when I woke up.  Normally, I’m ready for breakfast within 10 minutes of waiting up, but I was up for about an hour before I even began to think about food.  I did some chores, posted on Operation Beautiful, and did the C&K 10 Minute Strength Routine challenge.  It’s such a fast and effective strength training exercise, you guys have to try it!

And then I ate a light and delicious breakfast: 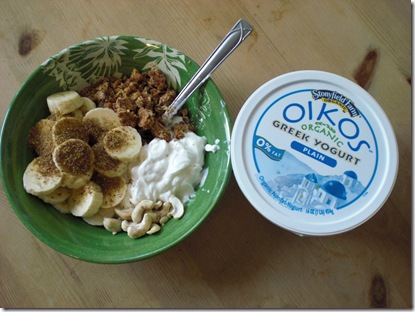 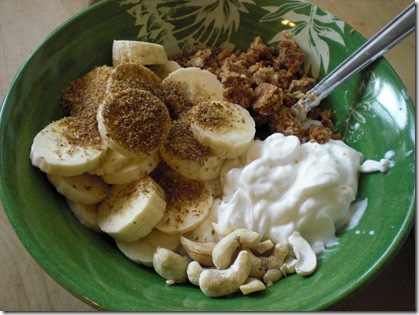 The Saturday notes for Operation Beautiful are up. Check out this gem that Katrine from Jane Nation posted at a gas station:

PS – Check out Zesty Cook for a great recipe – Kicked Up Sugar Topped Rhubarb Cupcakes!  That would be delish at a 4th of July party!