Today was been pretty ho-hum and relaxing.  I’ve been doing blogging-related tasks all day and preparing for my Operation Beautiful TV appearance (which is tomorrow AM! I will try to post the clip).  I’ve also sent the Husband to the grocery store with a long list of things to buy.  🙂

I had a serving of California apricots around 11: 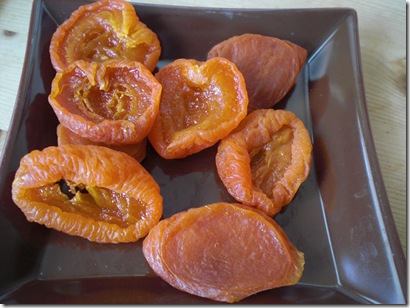 And a wonderful lunch a little later: 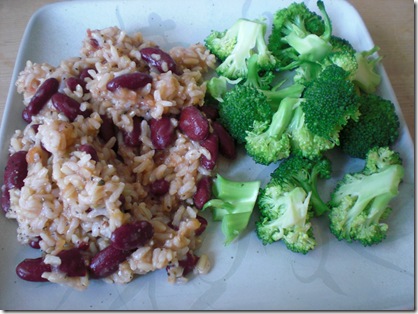 I had brown rice, kidney beans, and salsa with a side of broc.  I had to make the "Executive Decision" about whether the organic salsa fell into my Crap Free Day parameters (pro’s: organic, recognized all the ingredients, no added sugar; con’s: in a can, added sodium).  I decided it was fine and went for it.  I’m glad I did because it kicked up the dish and made it extra spicy! 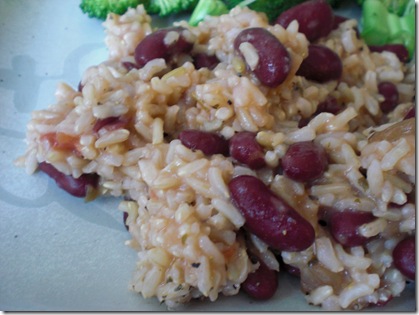 I did rinse the extra sodium off the canned beans!  🙂

And I just snacked on watermelon: 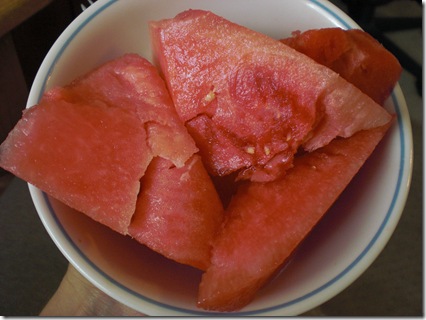 I would like to start preparing my marathon training plan, but I want YOUR recommendation on what training plan to use.  I have used Hal Hidgon’s plans for half marathons in the past and thought they were great.  BUT – I’m not crazy about Hal’s plans for marathons because I really do not have time to do long runs 5 – 6 days a week.  I know a marathon is a big time commitment, but I cannot do that.

I would like a plan that had me running no more than 4 days a week.   Also, I cannot do a lot of speedwork because it kills my knees.  Training doesn’t start until September, but I want to know in advance what level I need to get up to so I can work towards that goal.

What plans work the best?   Suggestions?