I worked for about an hour this AM and called off sick.  I feel terrible!

Not terrible enough to skip lunch though, of course. 🙂 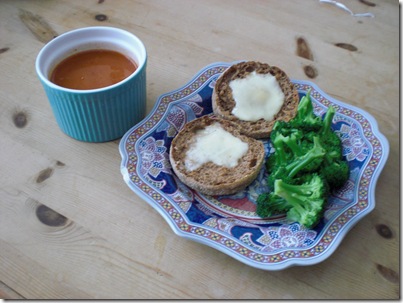 I had 1/2 cup Roasted Red Pepper soup, a whole wheat English muffin with melted cheese, and broc.  It was a nice lunch for a lady with a sick tummy. The English muffins taste so good when dipped in the soup! 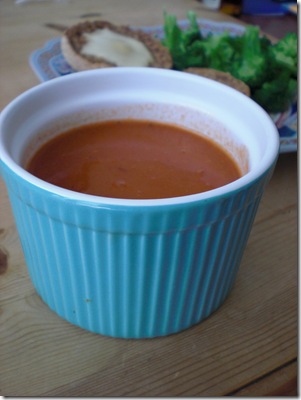 Plus, grapes for "dessert." 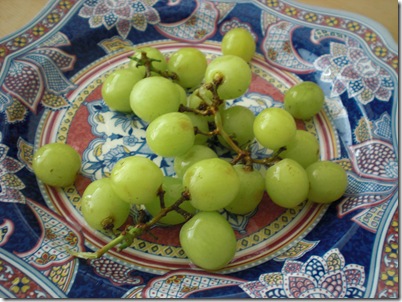 To make myself feel a little better, I decided to go ahead and register for the Metric Century (60 miles) ride that I’ve been training for! I am excited for this race because it’s going to be a huge physical challenge AND my dad and I are going to ride it together.   YAY for Father-Daughter bonding.

The furthest I’ve biked is 36 miles, but I’m hoping to get in a 40-miler on Sunday with Kelly, Meghann’s sister.  The race is in two weeks!  I’m excited and nervous.  🙂

So, I think Metric Century isn’t a race the way I think of races.  For a former runner, a "race" involves timing, race numbers, and trying to beat other people.  From what I’ve gathered, an event like this is more of a "fun ride" or a "club ride" and it’s not suppose to be uber-competitive (although, of course, everyone is timing themselves).  The biking version of a runner’s race is apparently a "time trial."

Are there any cyclists out there who can enlighten me on "non-race" bicycling etiquette?

I already know I’m not suppose to ride on my aerobars when I’m in a group! (Not stable enough for safety) 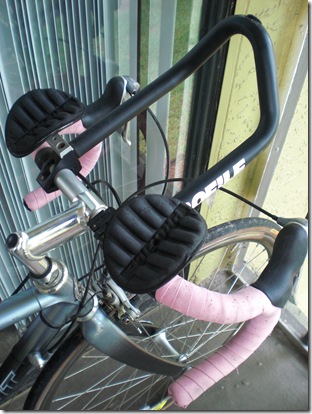