As I mentioned a few days ago, my life is getting busier and busier and I have less time to dilly-dally in the mornings.  I’m making a real effort to just wake up and get it done instead of lounging around.

With bleary eyes and bed head, I popped in the 30 Day Shred.   I must’ve been shredding within 10 minutes of waking up!  Level 3 is such a killer, but there are so many unique moves I (and my knees) love…. like walking push-ups and the up-and-down planks.

After shredding, I made myself a nice BIG bowl of oatmeal. 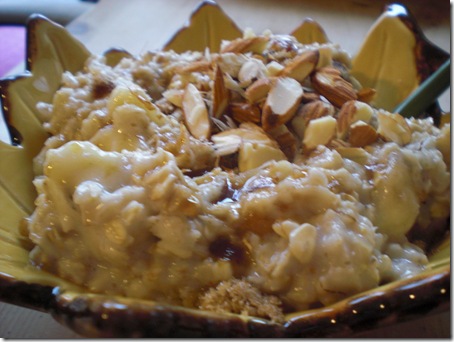 I’ve noticed when you increase the oats from 1/2 to 3/4, you don’t really need any more liquid — strange! 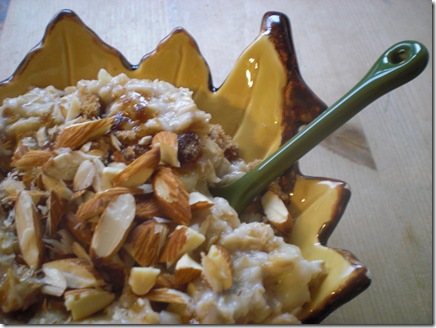 An episode of The Biggest Loser actually motivated me to do this!  Plus, I’ve been  looking to do some volunteer work (its my version of church) for a while, and although I’ve tried a few organizations, nothing has really meshed with me.

Gotta get going! See you for lunch and a volunteer recap!