Last night, I had Mexican food with a Mexican beer, and tonight I had Thai food with a Thai beer.  A-ma-zing.

After showering, I snacked on Chobani Vanilla Yogurt + Fiber 1 cereal + a sliced banana. 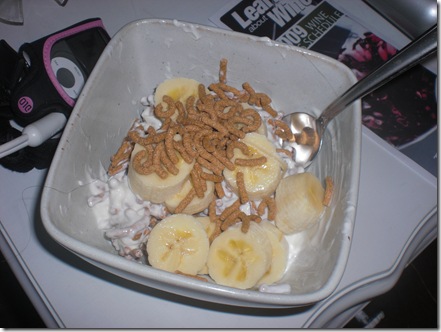 And then our friend Harry came over and we took the dogs for a walk (the Husband is out of town on business).   A reader named Erin asked for more pictures of the puppies, so here they are: 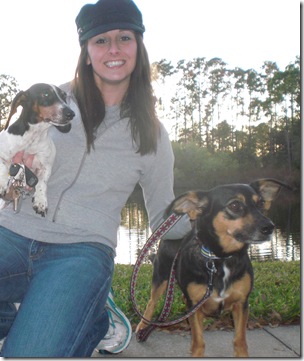 Then, Harry and I went to dinner at my favorite Thai restaurant, Royal Thai.  The neo lights give it a heavenly glow, in my opinion… 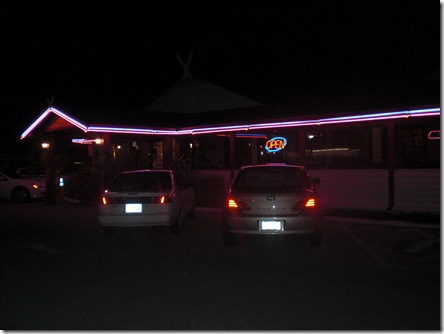 We started off with an order of spring rolls, which we shared. 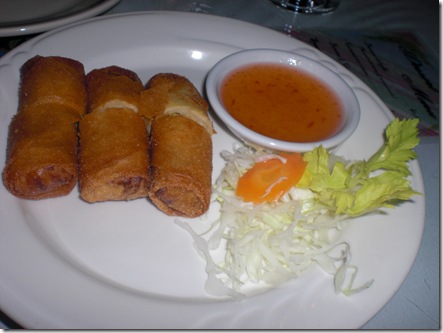 And I had a Singha beer, which is the most popular beer in Thailand.It’s SO popular that Singha production capacity is 1 billion liters per year!  It’s a spicy yellow beer that has much more flavor and depth than the typical American beer. 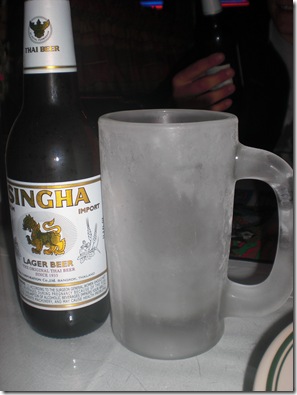 The waiter brought me the beer with a frosty mug, which made it that…much… better!

I ordered Cashew Nut Chicken and had about 1/2 of the portion, plus 2/3 serving of a big scoop of white rice. 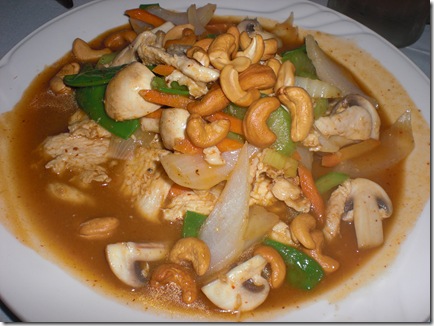 Harry suggested we stop at Rita’s Italian Ice, which is apparently a "big deal."  I think its a national chain with a cult following or something.  I tried a kid’s portion of the coffee custard. 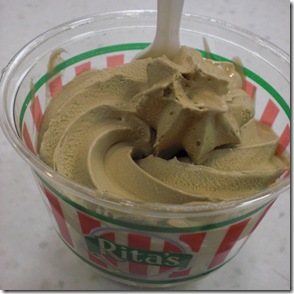 It was pretty delish!  Very rich and creamy.

OK – I’m off to bed.  I have a VERY FUN running active planned for tomorrow AM. Tell you about it then!